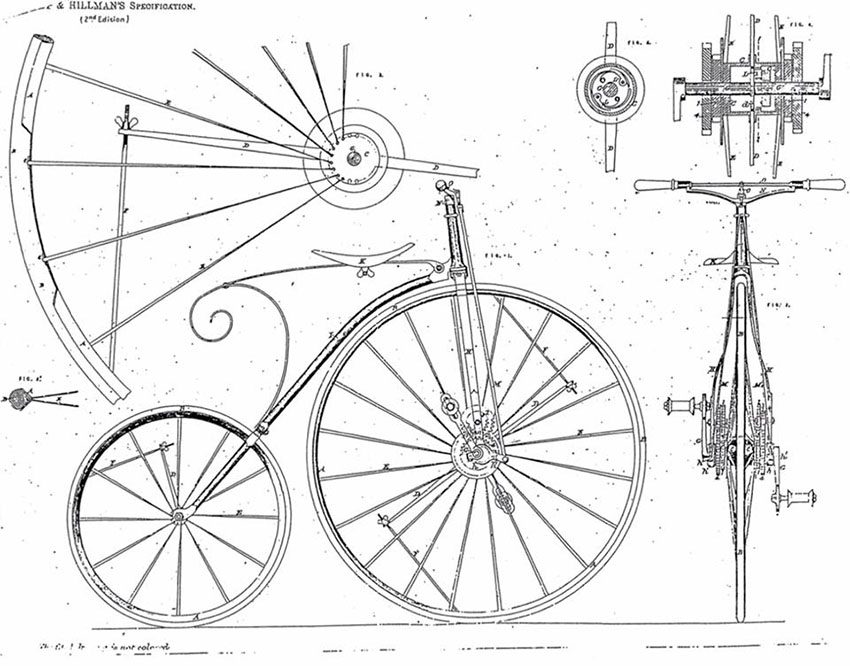 1) Starley & Hillman Ariel patent dated 11 August 1870, presumably when they were both working for CMC.
2) Starley left CMC 27 Nov. 1870 and was making Ariel’s by Christmas. see two letters to The Field. May 1872.
3) Hillman left CMC on 28 Jan 1871 and maybe joined Starley as the partnership became Starley & Co.
4) W.B.Smith had joined the partnership by 28 Feb 1872, the date of the Ariel open-head registered design and it became Smith & Starley & Co. after 24 Dec 1872 when The London Gazette announced that Hillman had retired from the partnership.
5) In 1874 Ariel bicycle production was passed over to their employees Haynes and Jefferis.
6) Starley patent 3595, 17 Nov. covers tangent spoking, together with his ladies model and two-man version, both highly impractical, but later developed into the Coventry tricycle.
7) The license for H&J to make the Tangent is dated 13 May 1876 (Coventry Record Office 153/14) Haynes and Jefferis began advertising it in Dec 1875 so I don’t thing Smith and Starley ever made Tangents.

8) The Tangent and Special Tangent were made up to 1880 but dropped by Rudge in 1881 although I think the wheel continued for a while on their Coventry tricycle.

10) Nov 1878 Attempted flotation of Smith Starley & Co. apparently failed and the assets were purchased by Woodcock and amalgamated with Haynes & Jefferis as the Coventry Tricycle Co. In Nov 1880, it became D.Rudge & Co.

I have the remians of an 1871 Ariel, but it’s too rusty for a practical restoration. As a result I was interested in a replica version. This one was built by a master craftsman, and I sold it last month. He has only made four: the first prototype he kept for himself, and the other two are on the way to me.

This first model of ‘ordinary’ (penny farthing) is historically significant because of its wheel design: if you examine the photos in detail you can see how these first wire spokes were fitted. This first pattern of Ariel also has a chain tensioner fitted to the centre of the pedal axles for spoke adjustment.

The 1871 Ariel also indirectly led to the founding of three of the most important British vehicle manufacturers:

3. Starley’s nephew J.K Starley, who worked for him, founded Rover.

The Ariel name resurfaced in the 1890s as the Ariel Cycle Co. 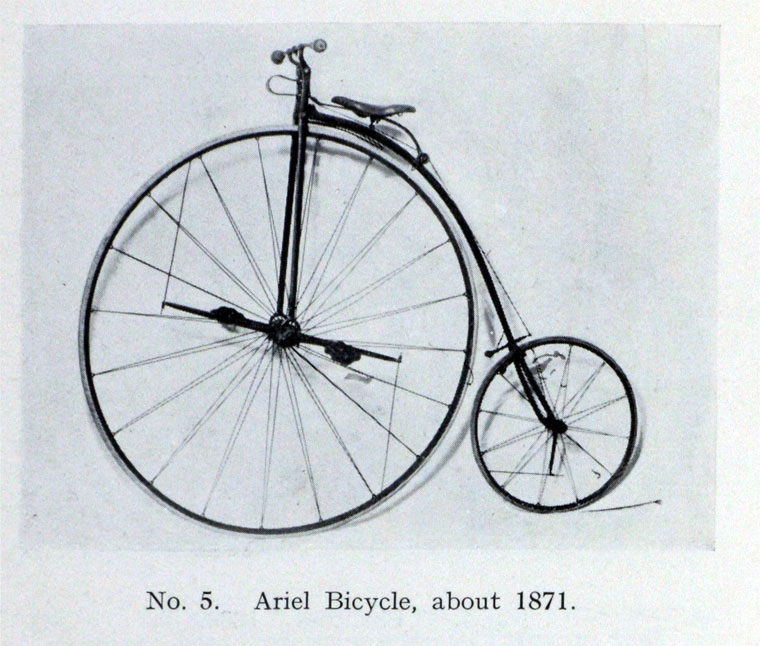 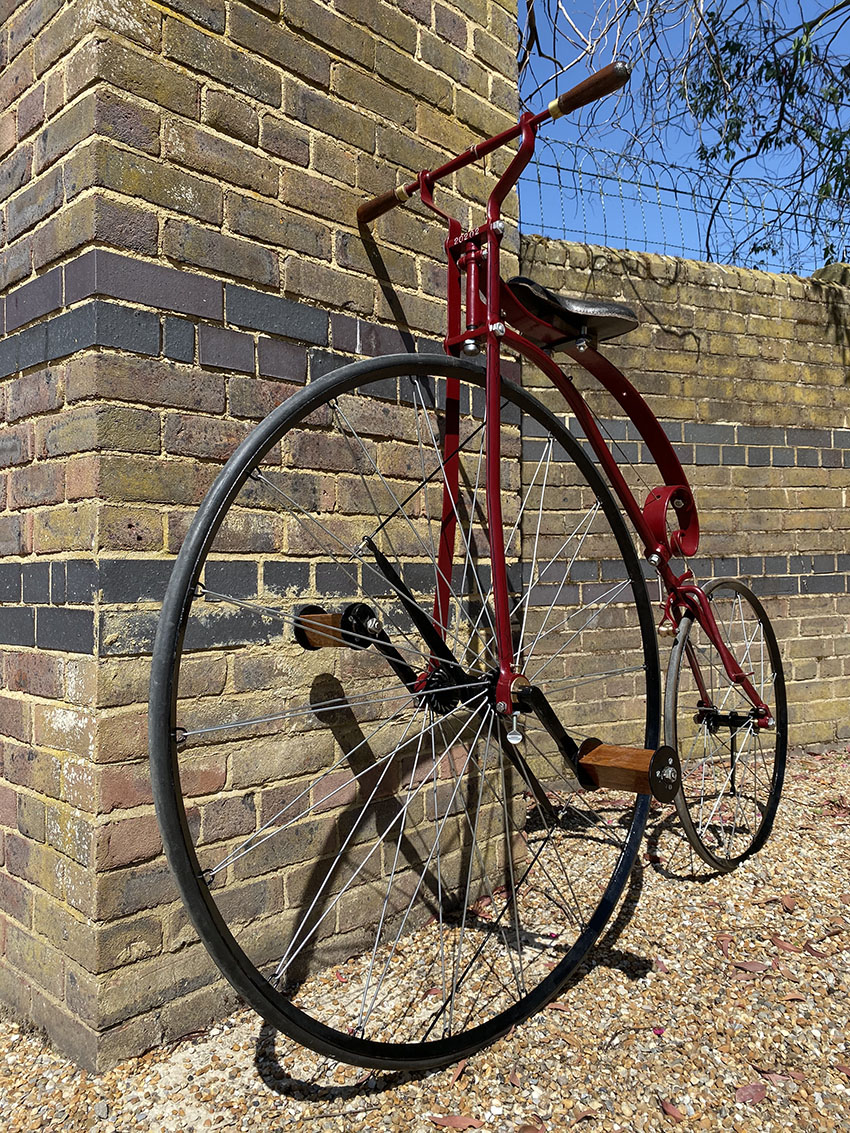 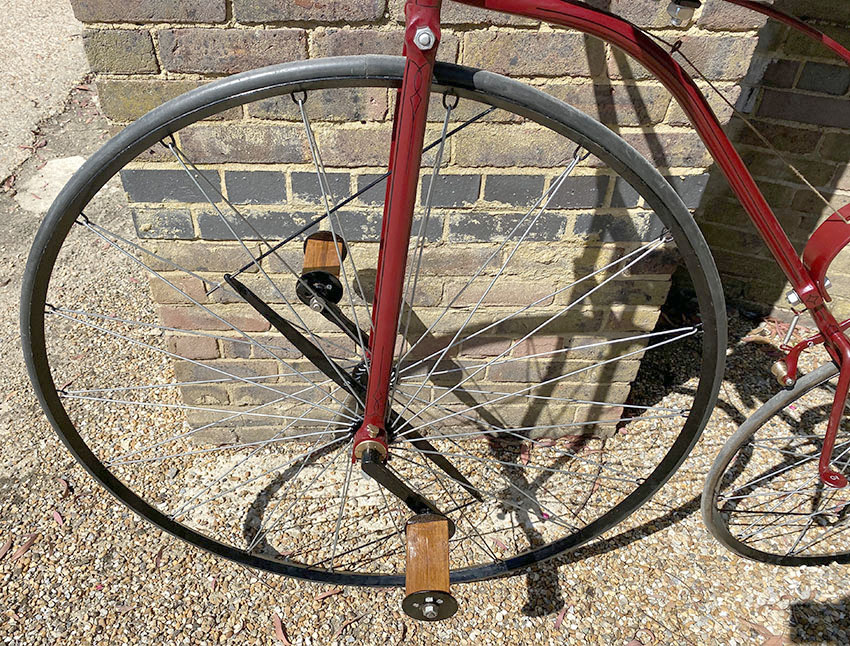 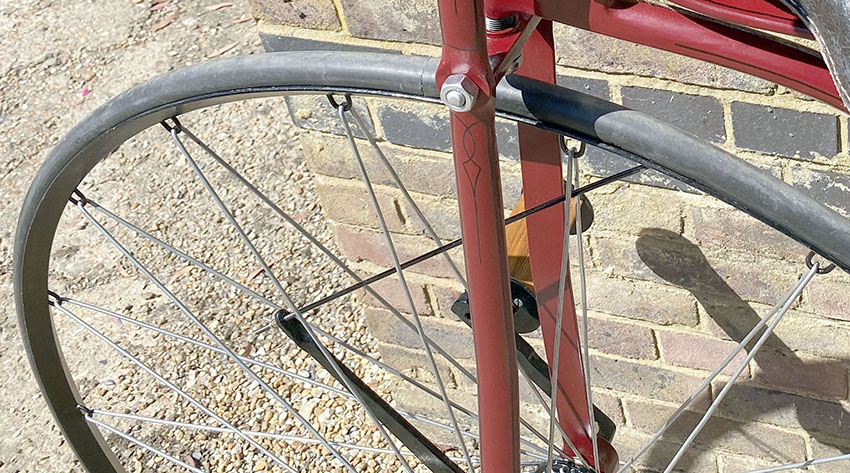 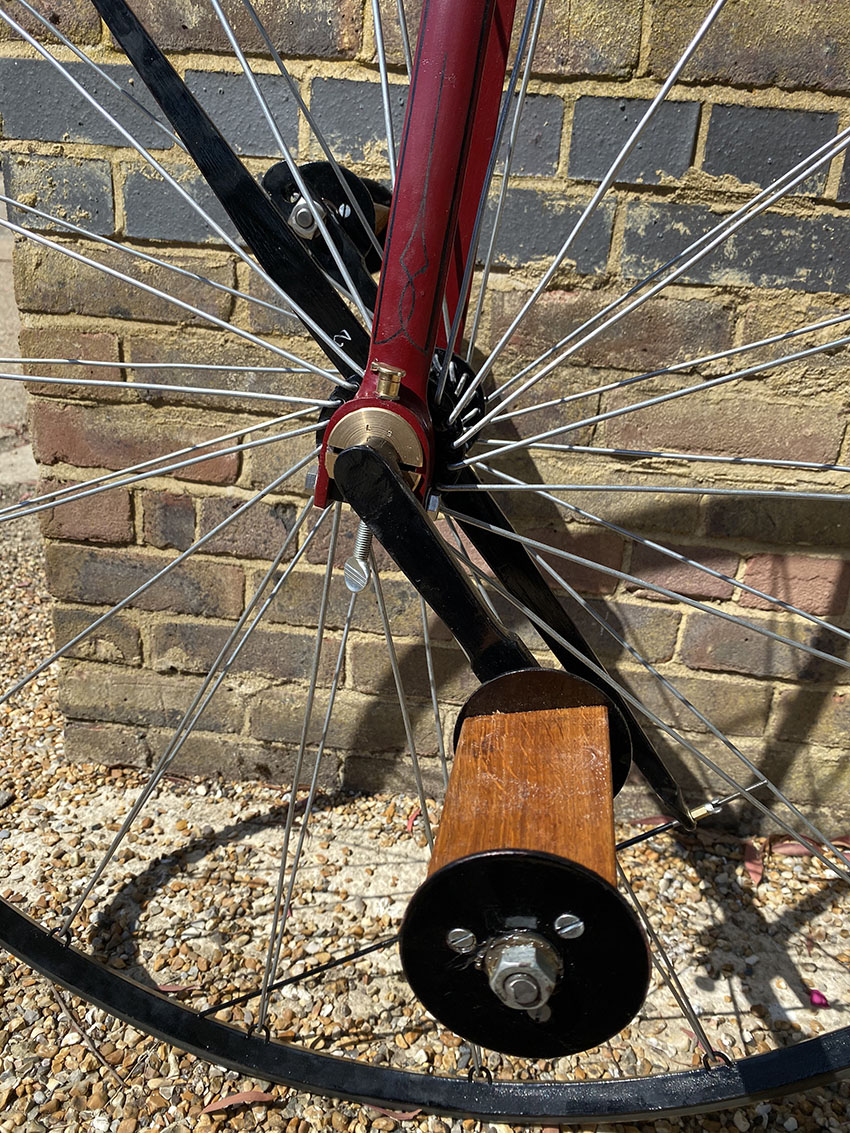 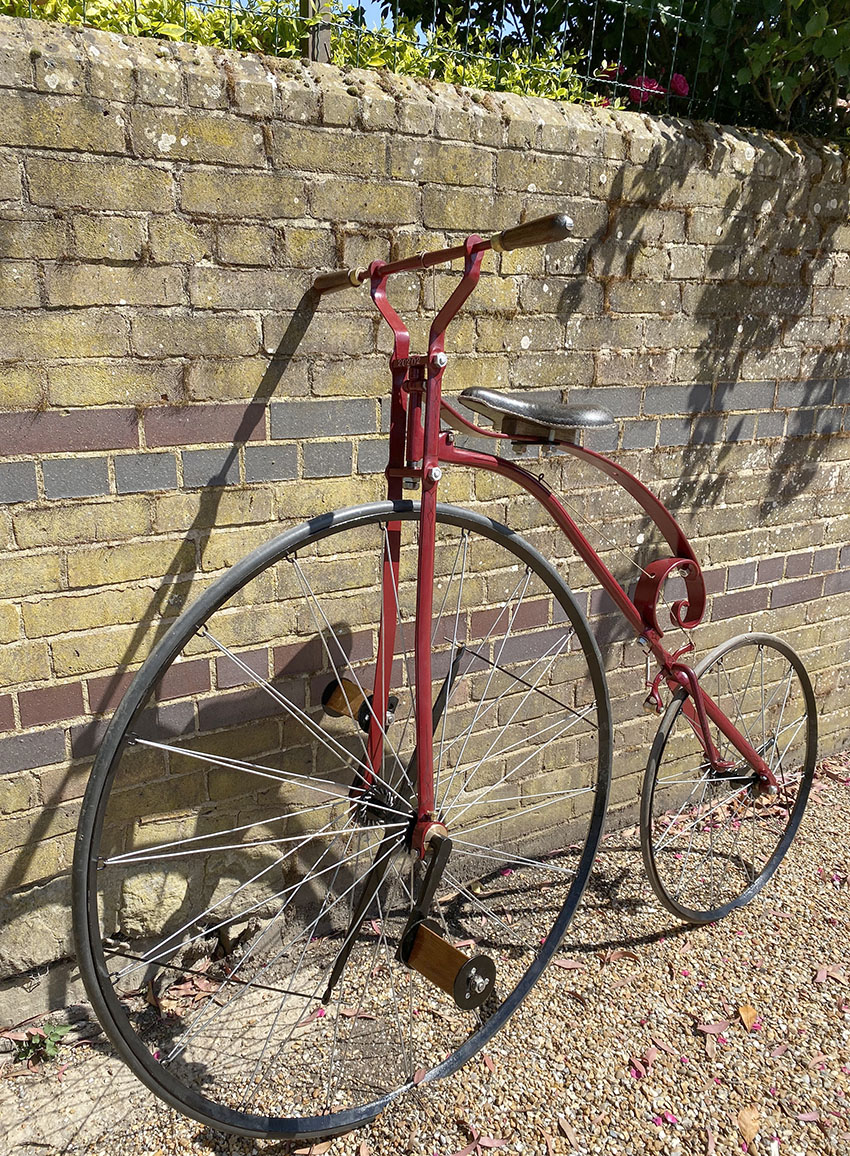 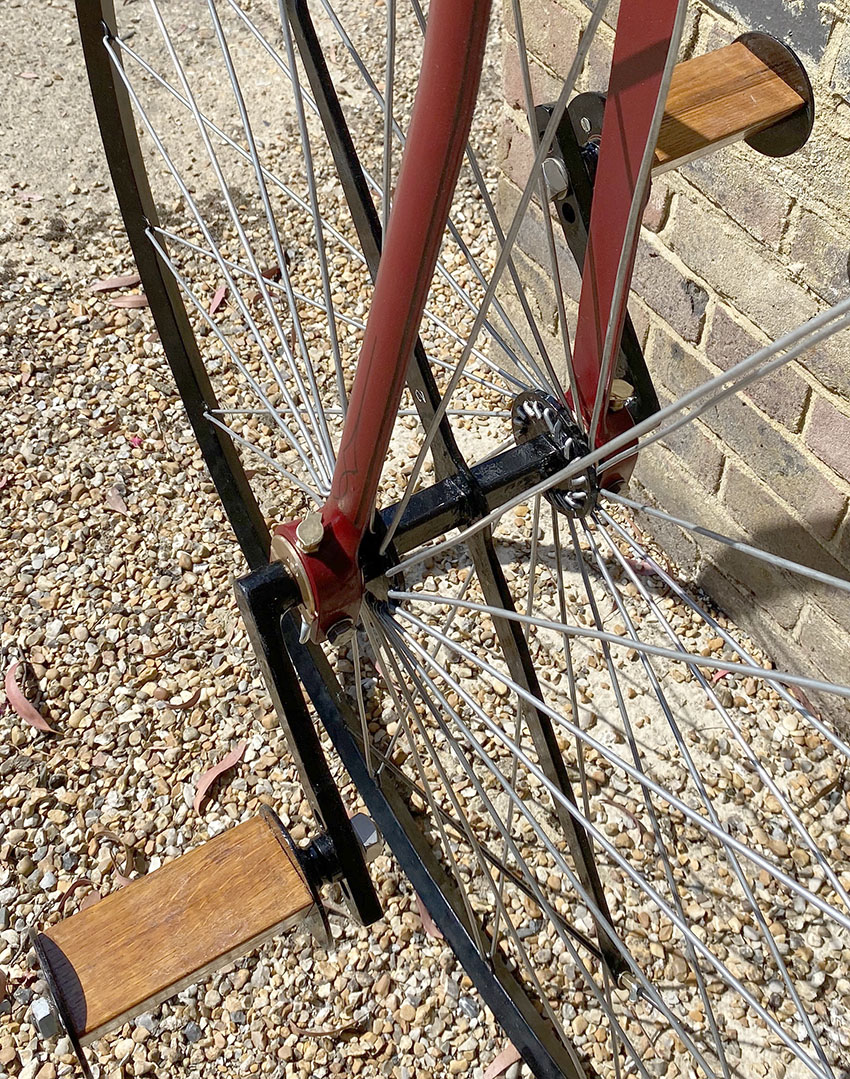 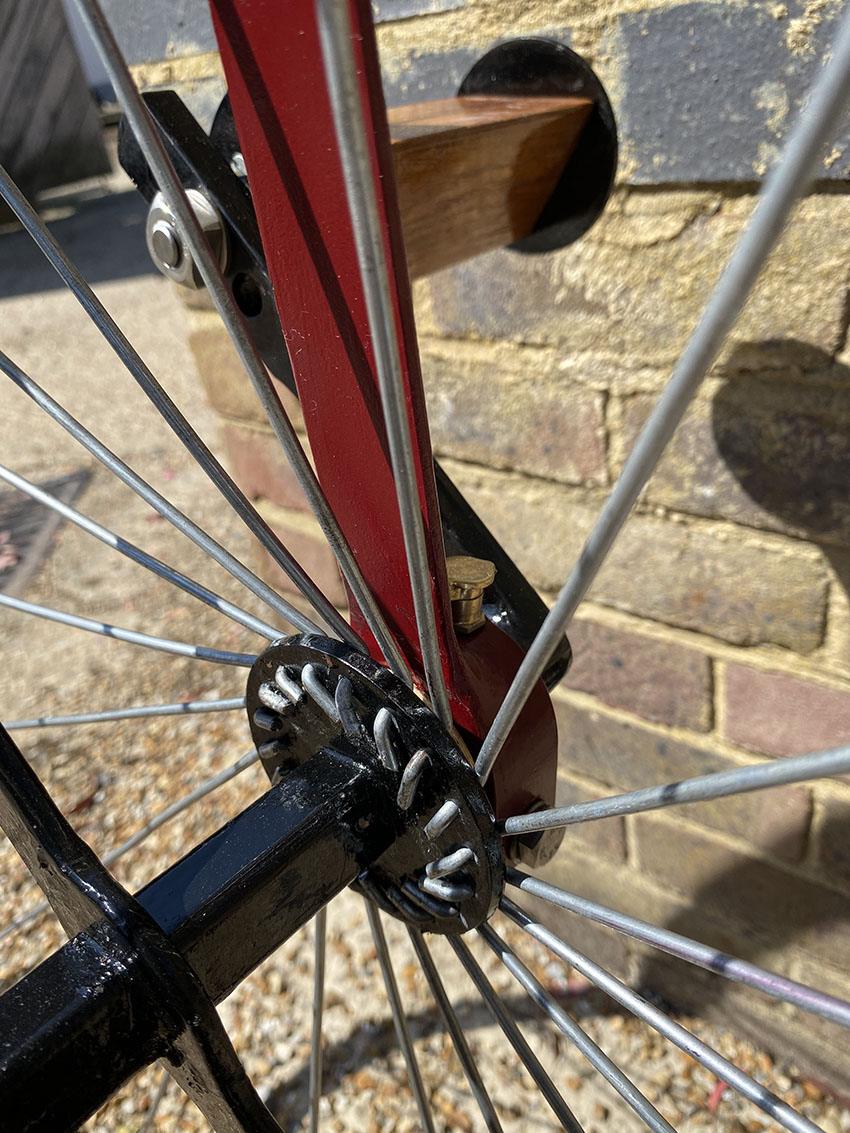 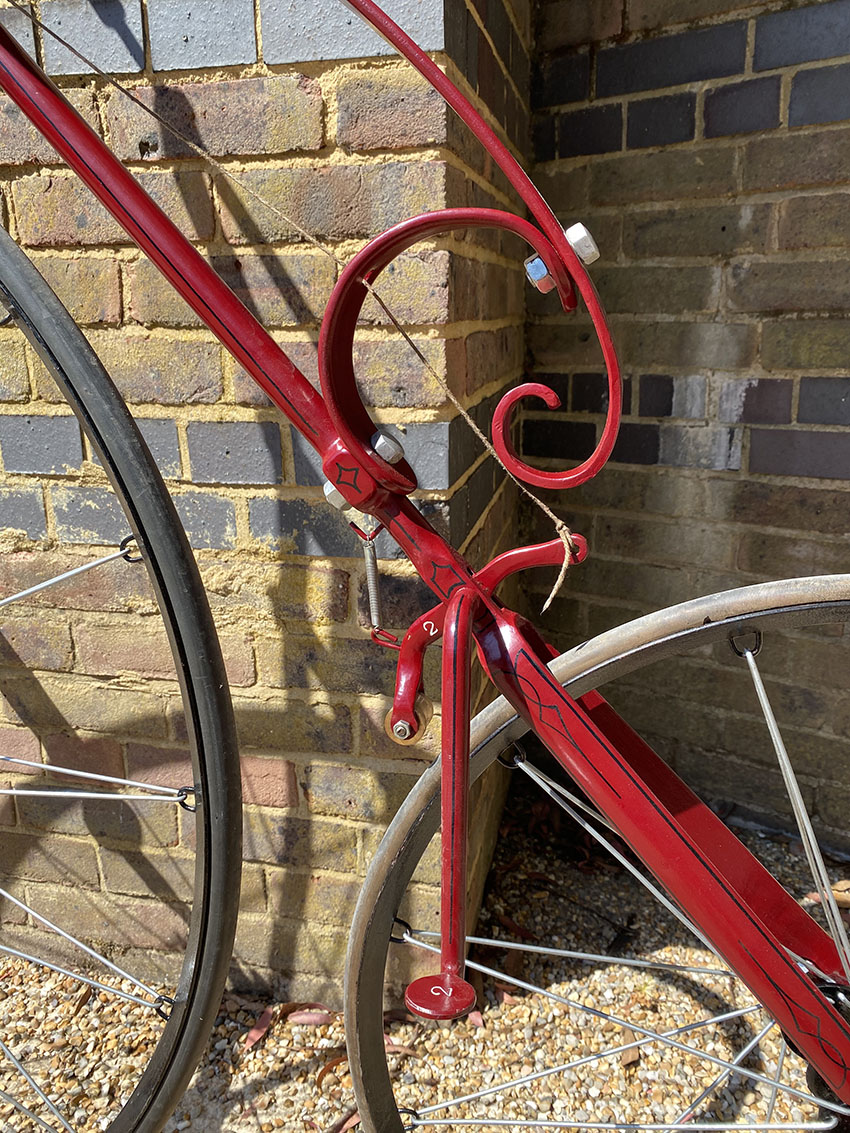 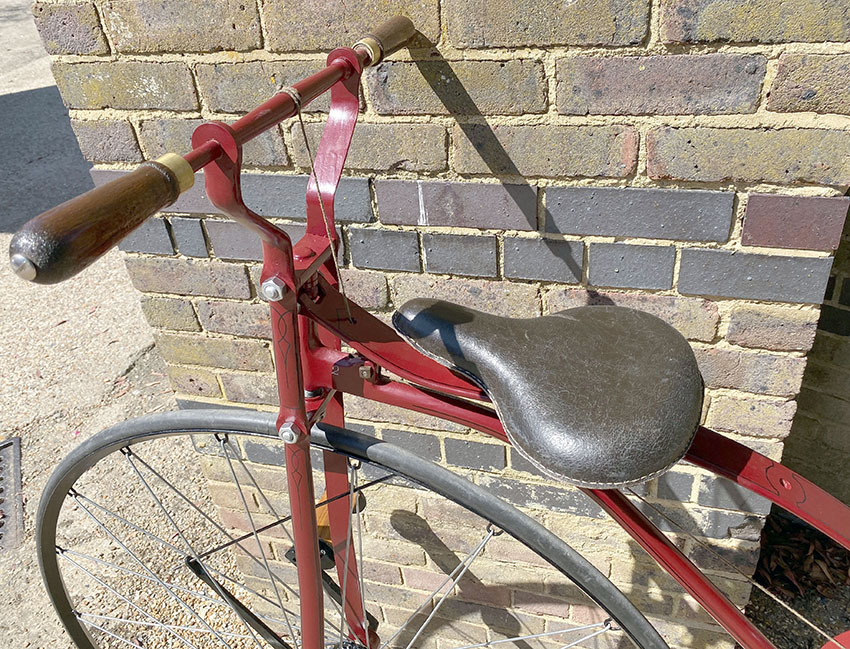 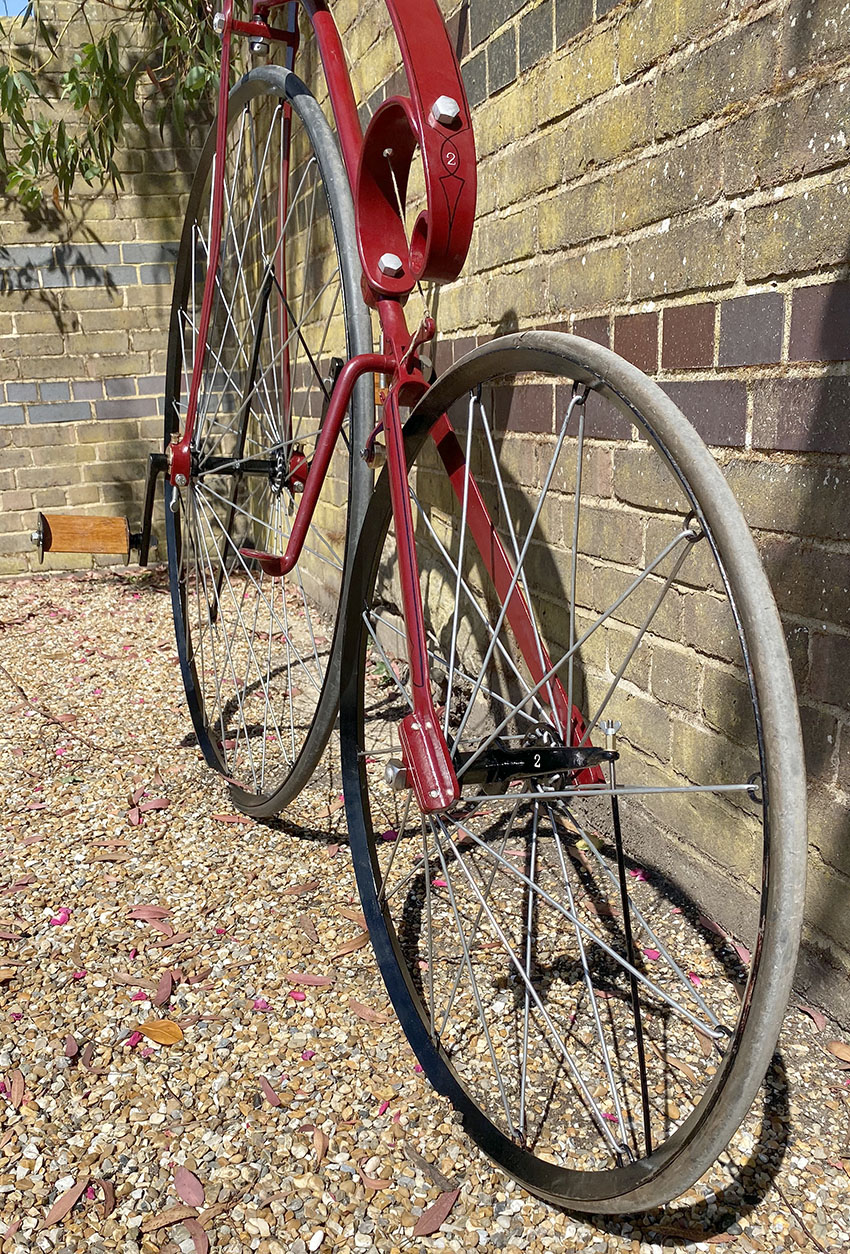 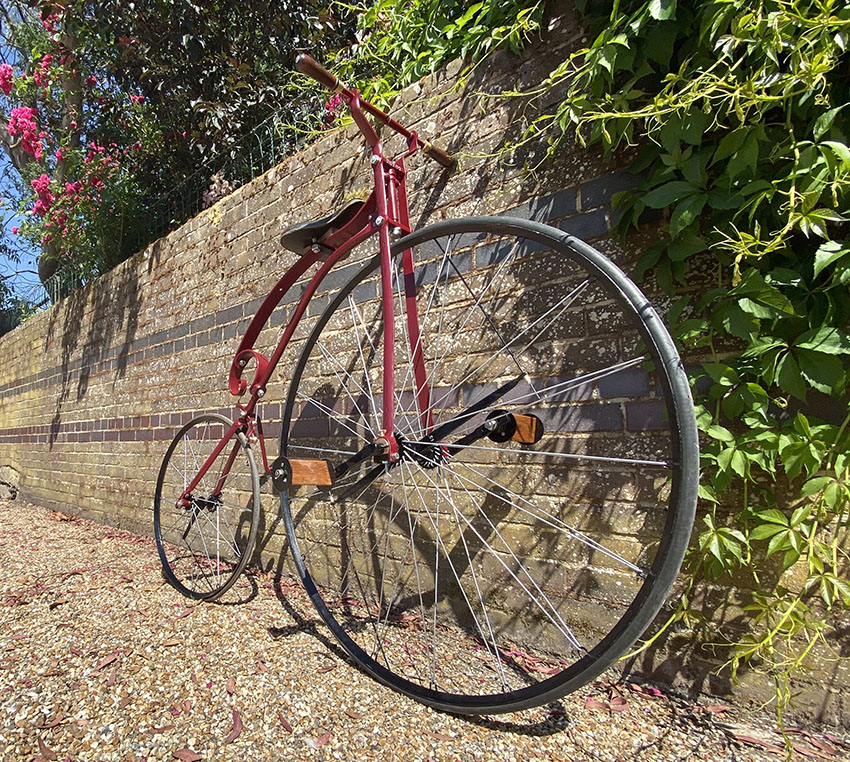 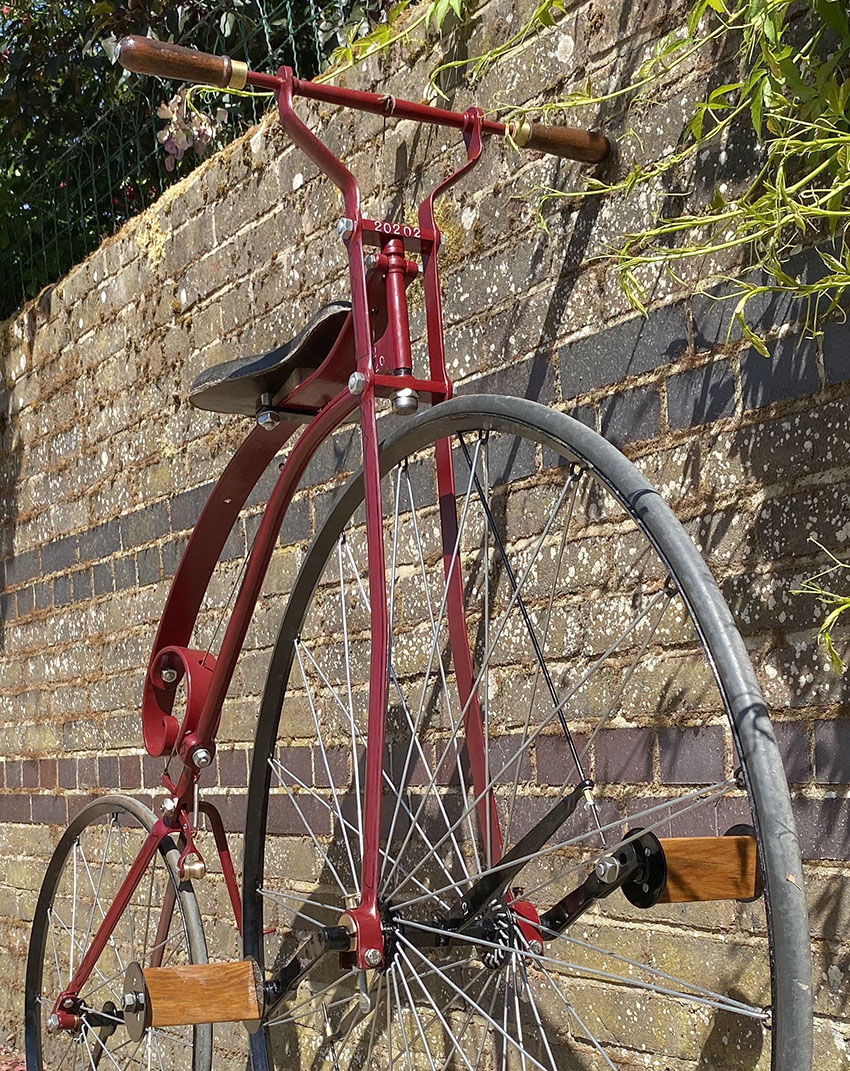 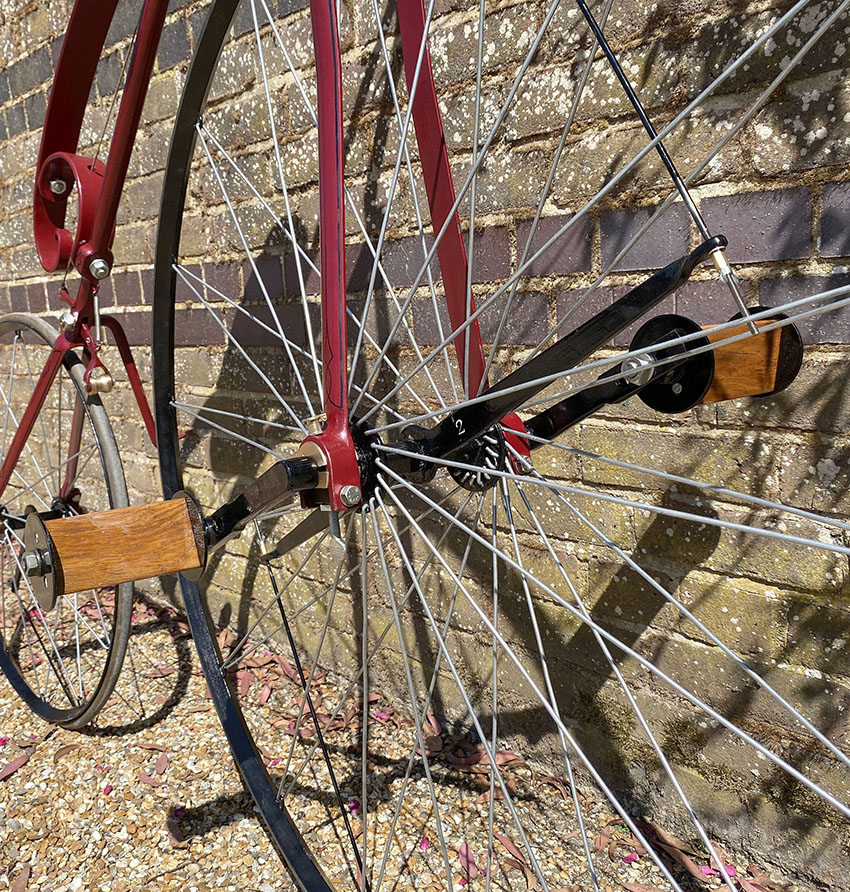 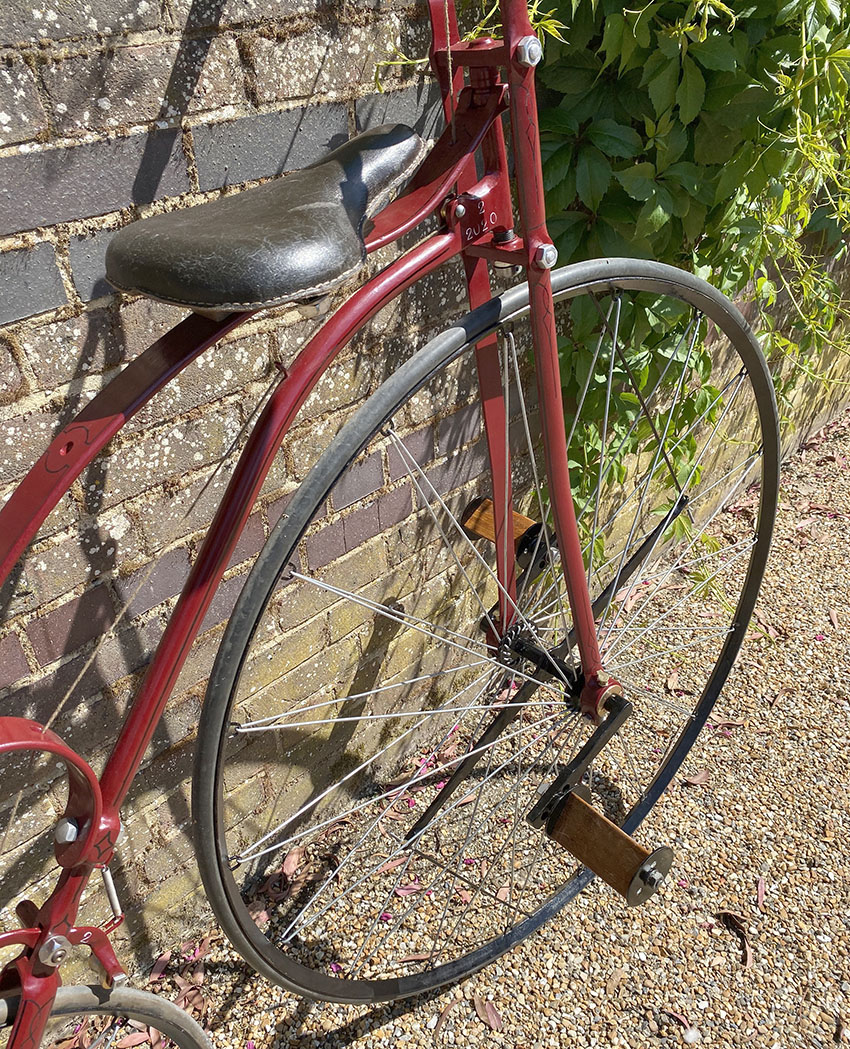 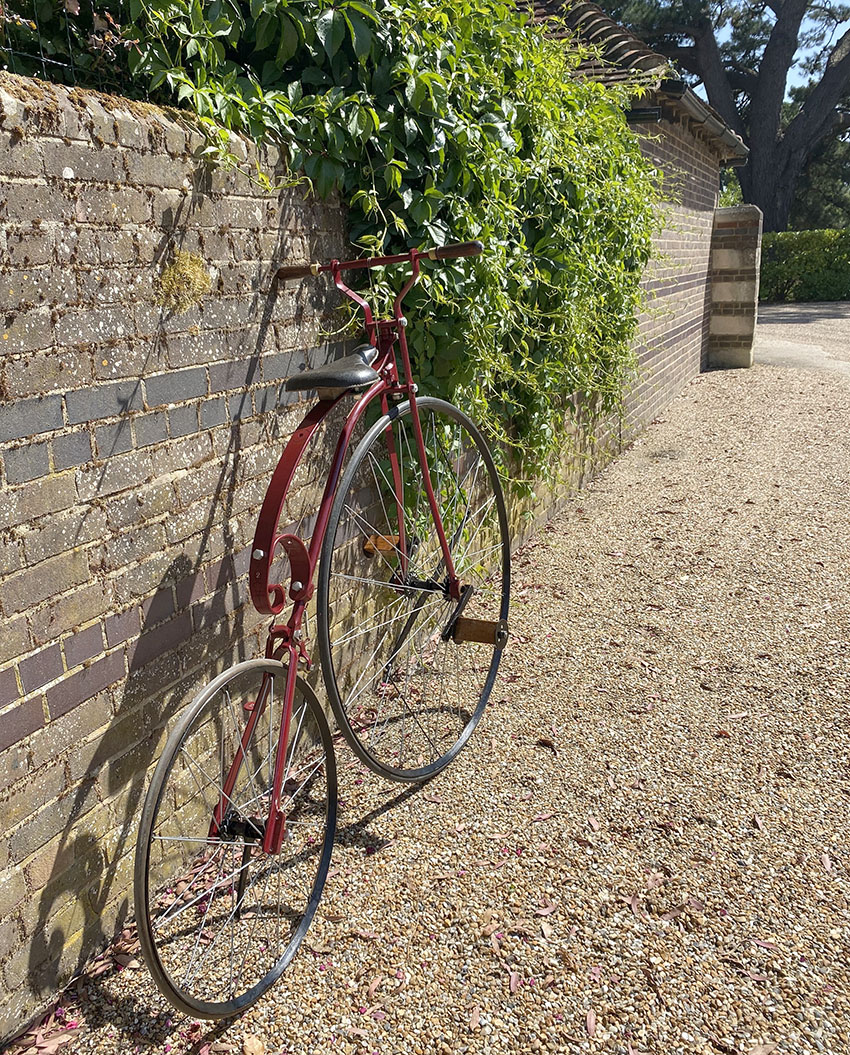 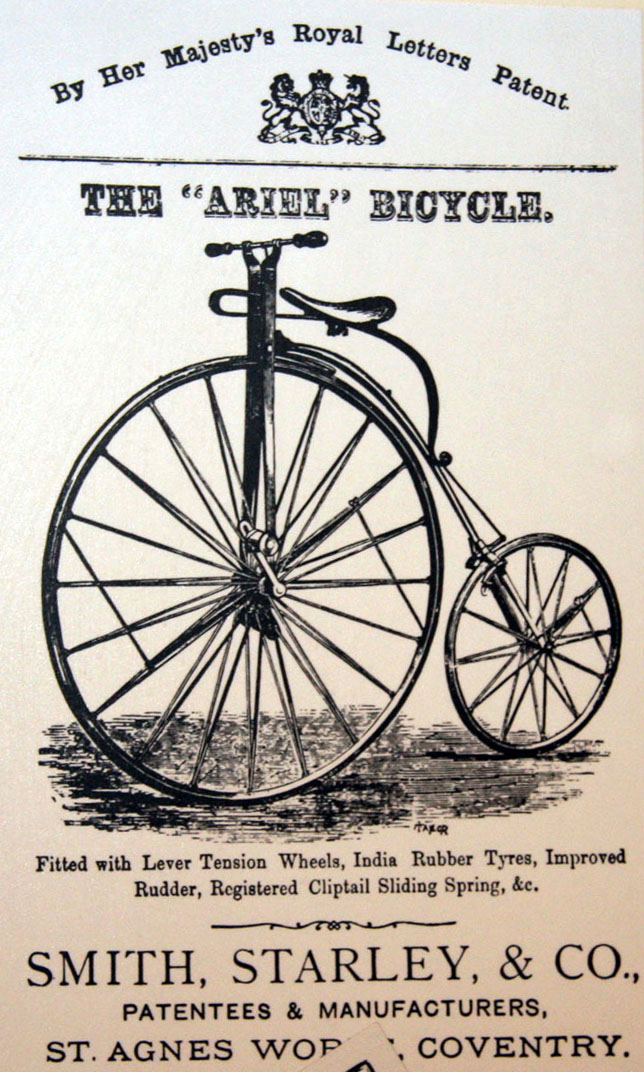 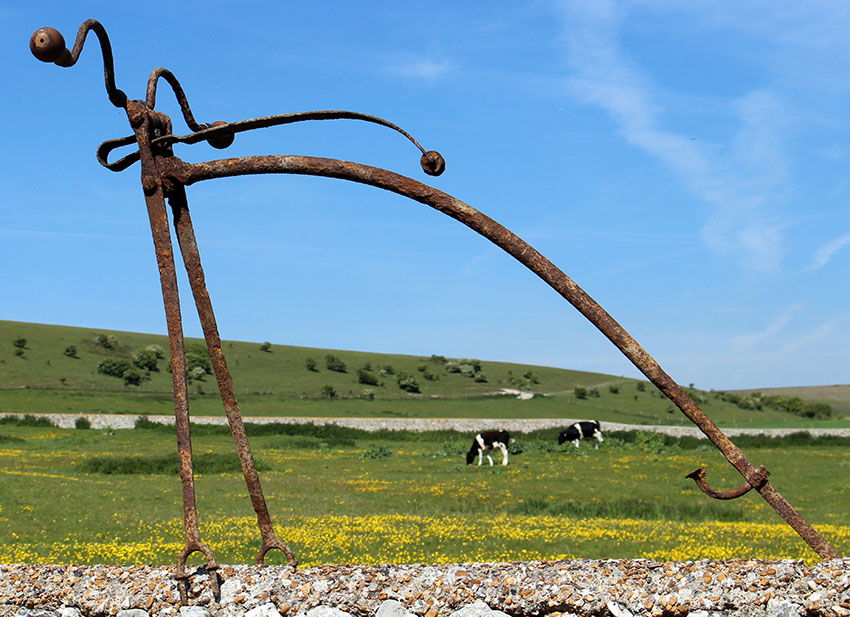 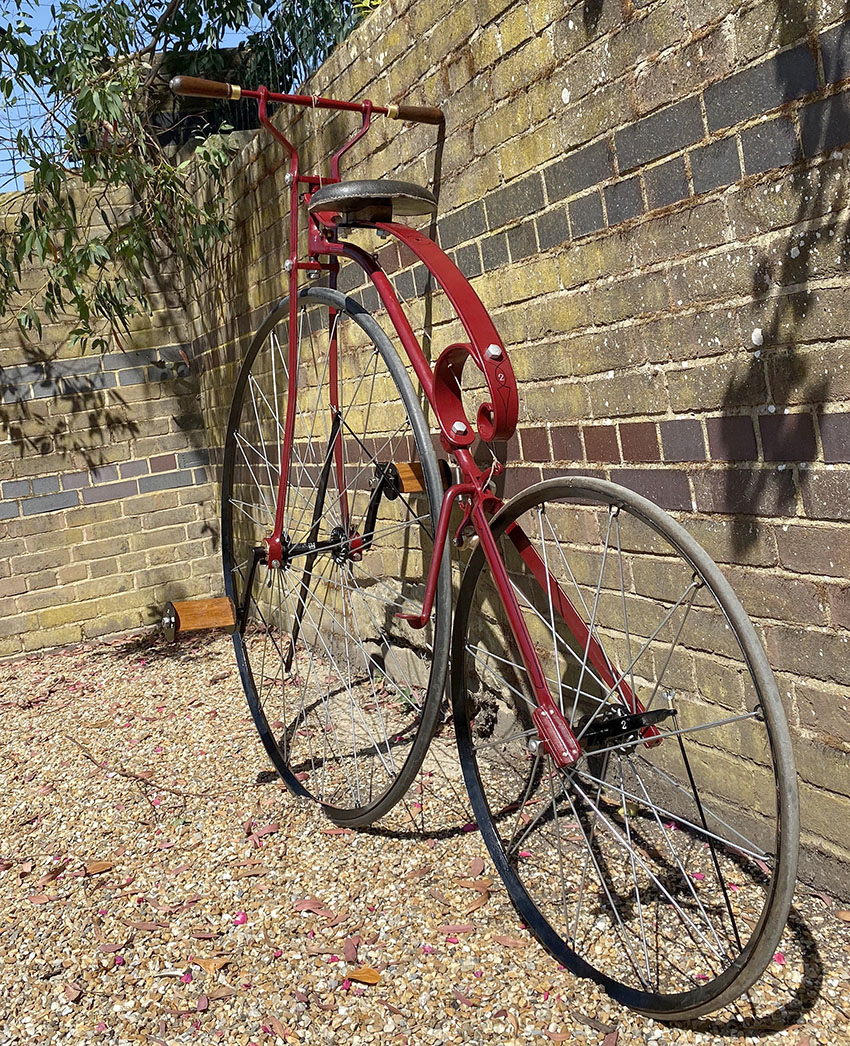