SOUND TO THE CORE: Government engineers officially approved the Columbia Military Model for use in the World War. It is significant of the sturdiness of construction and utter trustworthiness of this model that it was selected as the Standard Bicycle for the United States Army. Completely equipped, finished in distinctive military drab, being of double bar construction and seamless tubes throughout and sound to the core, it is one of the best-value products ever produced by Westfield.

Columbia capitalized on their military production for the war and, for several years after 1918, civilian versions of the Military Model featured in their catalogues. This is one of the original military bicycles that were sent to France during WW1, which is where it was found, having been stored for nearly a century.
An English friend lives in the Loire region of France; his neighbours asked him for advice about a bicycle they’d found, and he contacted me. He explained that there was a US army base ten miles from his house, established during World War 1 and closed in the 1970s. The neighbour’s grandfather operated a timber (lumber) yard and American soldiers used to work there. Bicycles would have been a practical way to get from the army base to the timber yard. Presumably, after the war, this bicycle remained at the yard, and the grandfather put it into the loft. It was discovered by the family when the yard recently closed down after the death of the father.

Interesting features include a saddle stamped USA (United States Army) into the leather, and the Columbia military serial number USA748 under the bottom bracket. The low number suggests 1917 manufacture.

These photos show it just out of our workshops, where it has had rust-preventative liquid applied to the frame and new tyres fitted. Its mudguards (fenders), one handlebar grip and pedal rubbers are missing, but it is otherwise complete. The Eclipse coaster brake has been serviced and operates freely.

One detail we observed is that all the nuts on the bicycle are American AF size except the saddle nut which is British 5/8″ Whitworth. I compared it with the saddle on a similar Columbia Military Model I already own (found in France 6 years ago) and it’s identical. The wheel size is 28 x 1 3/4″. 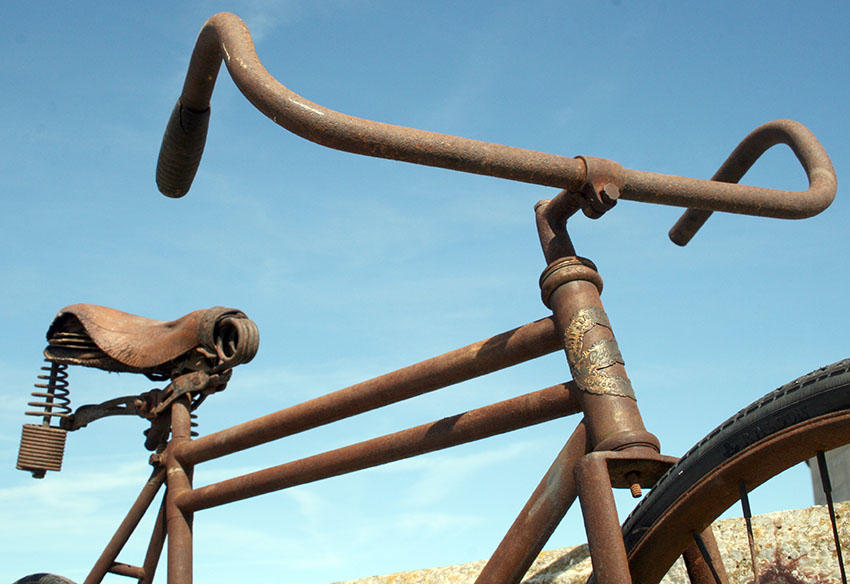 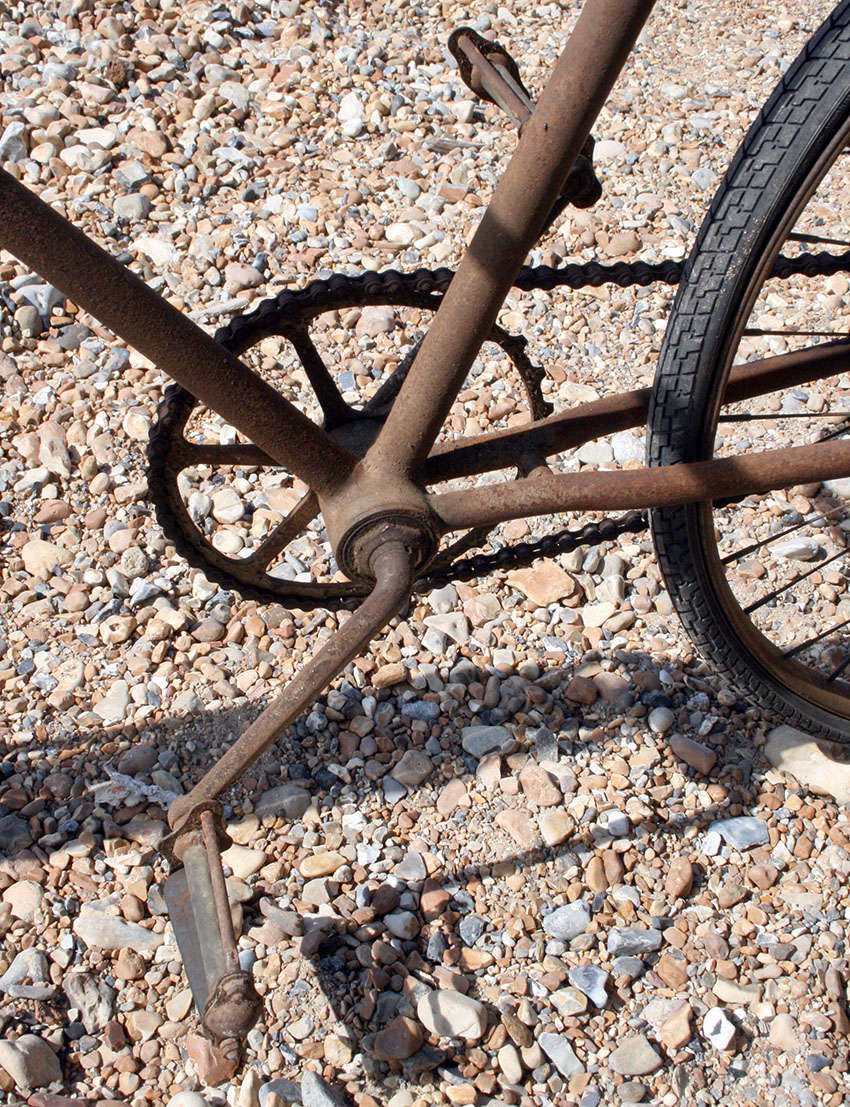 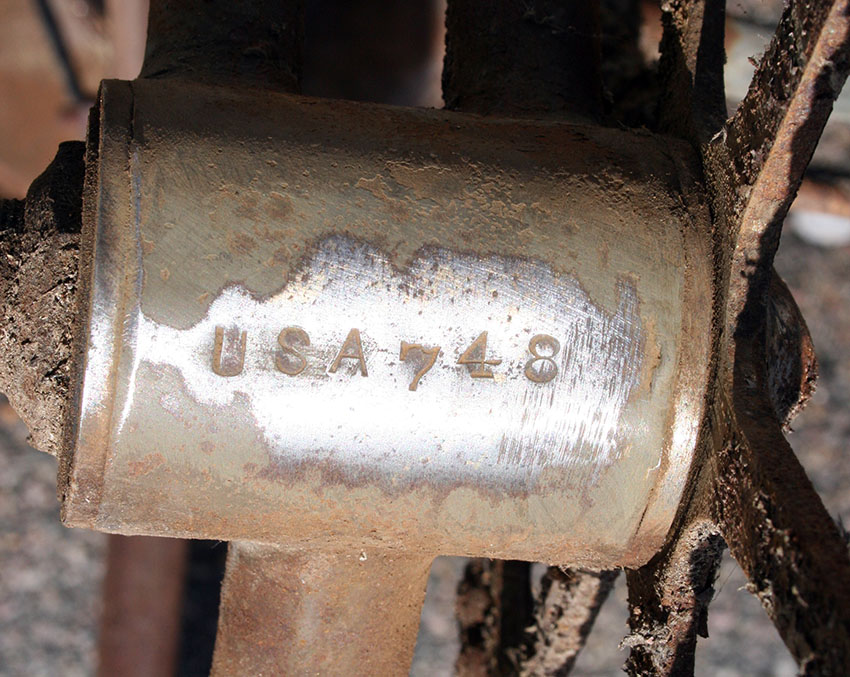 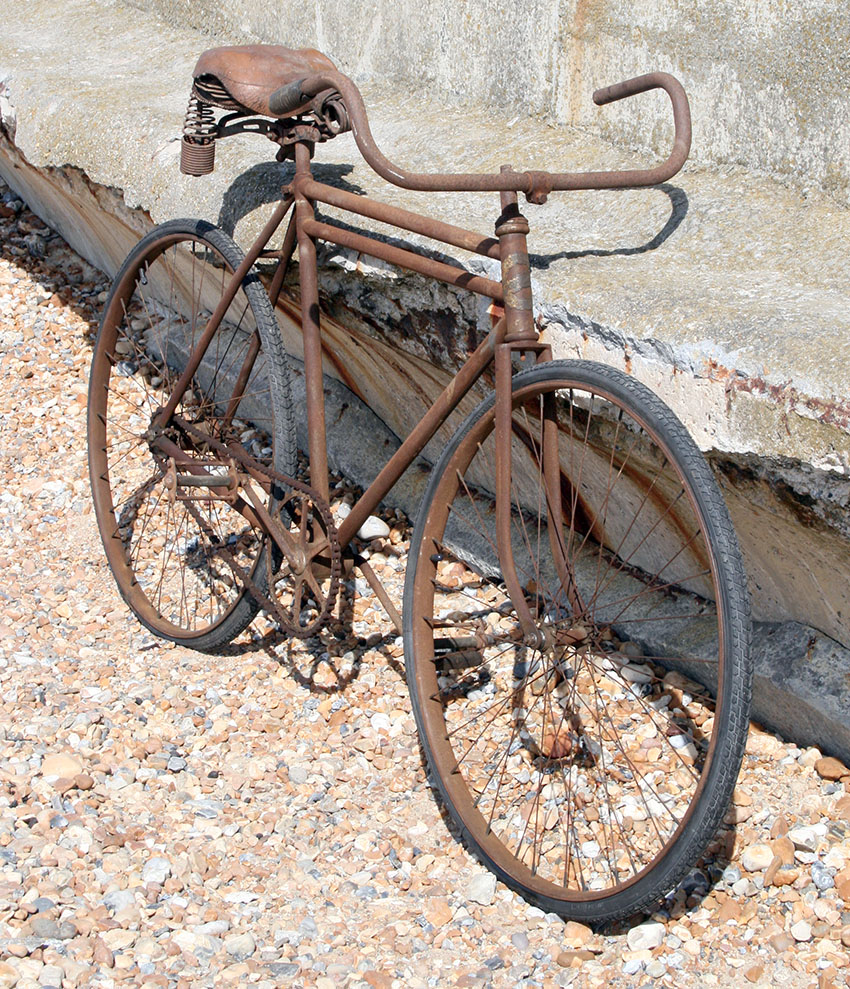 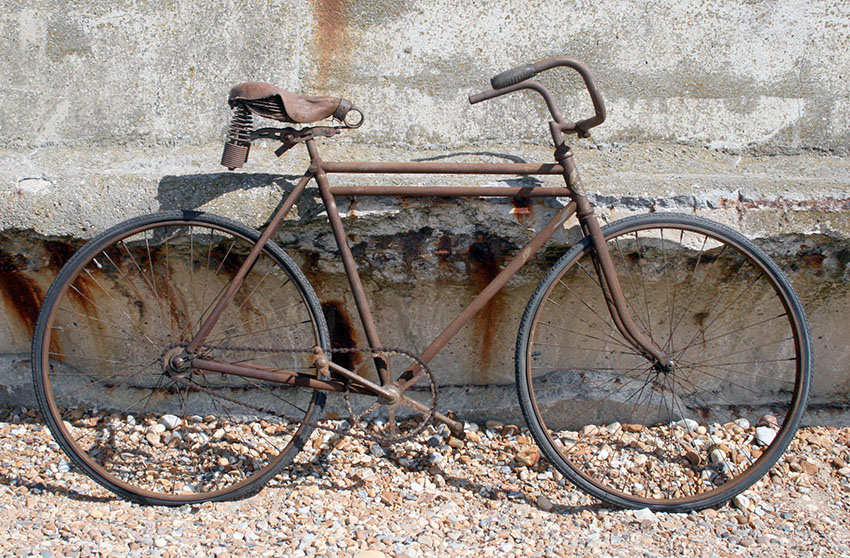 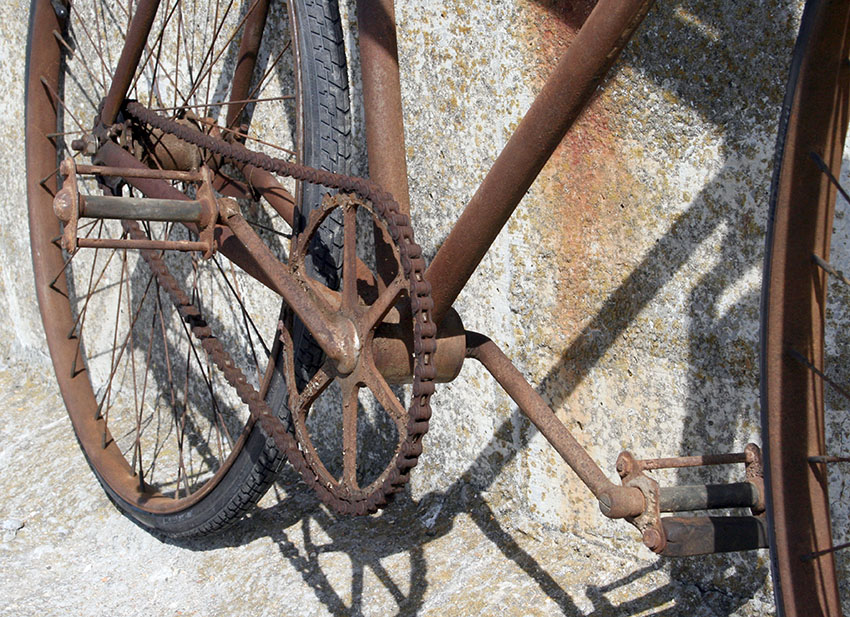 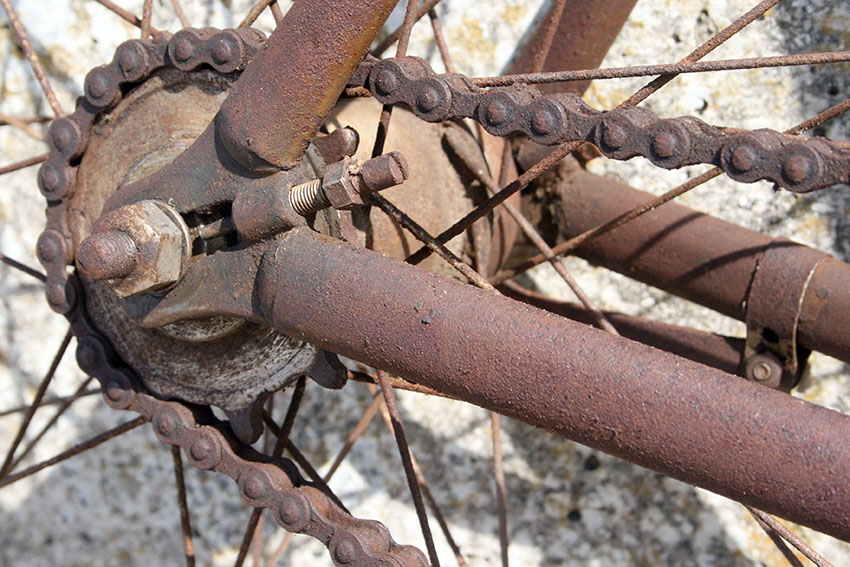 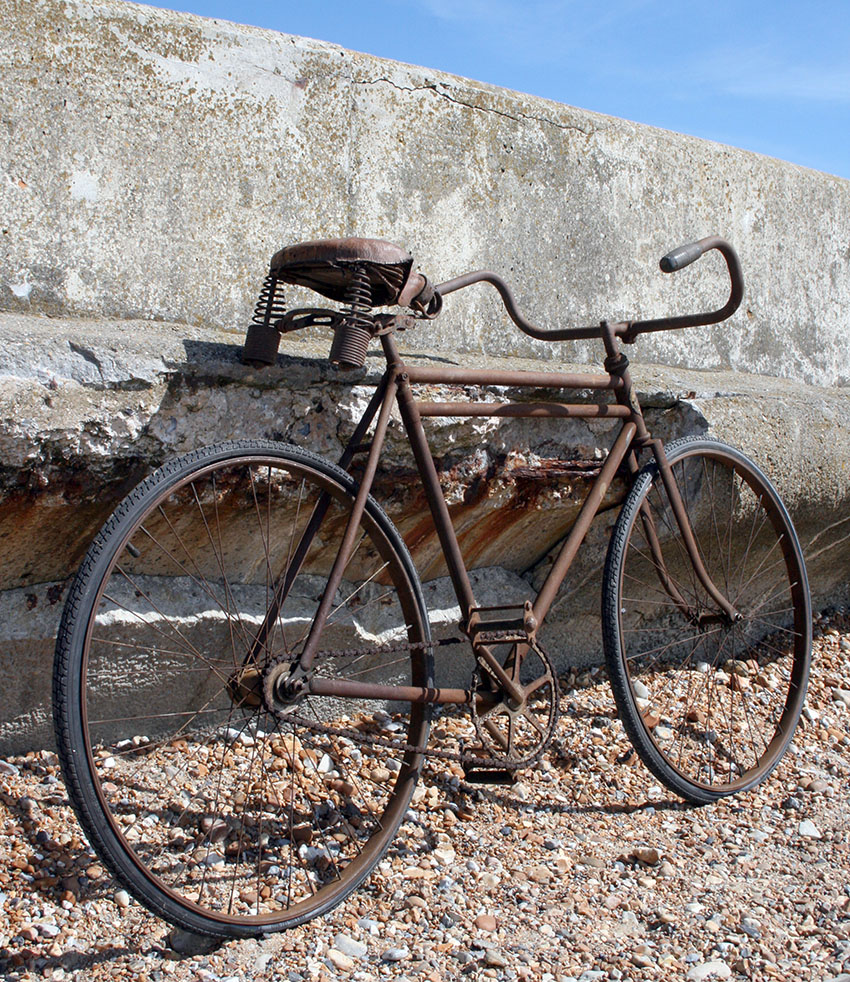 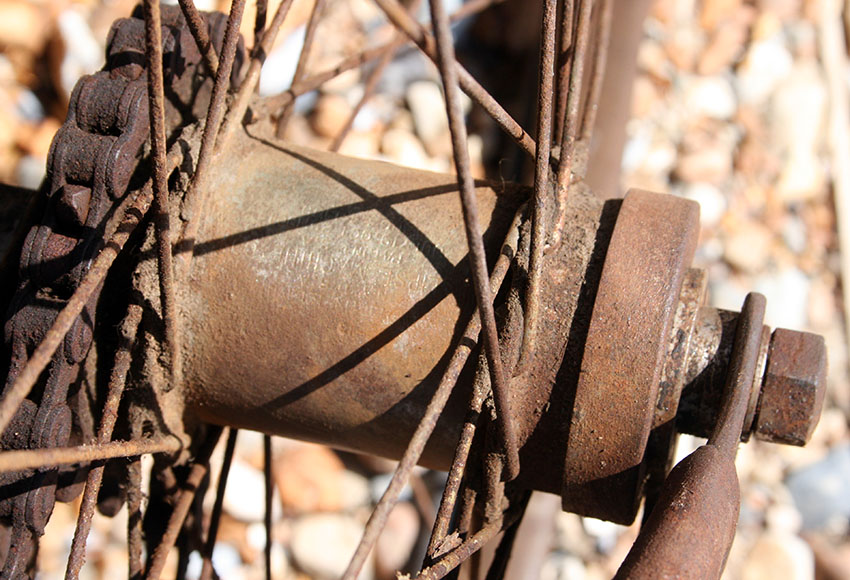 Before coaster hubs were invented (they came onto the market in 1897/1898), the Eclipse Bicycle Co of Elmira, NY, manufactured bicycles. The advert below is from 1896.

The advert below is from BOY’S LIFE: The Boy Scouts Magazine, March, 1918. 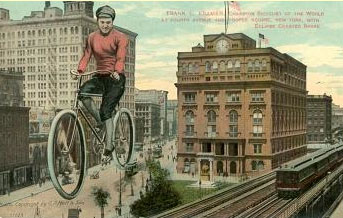