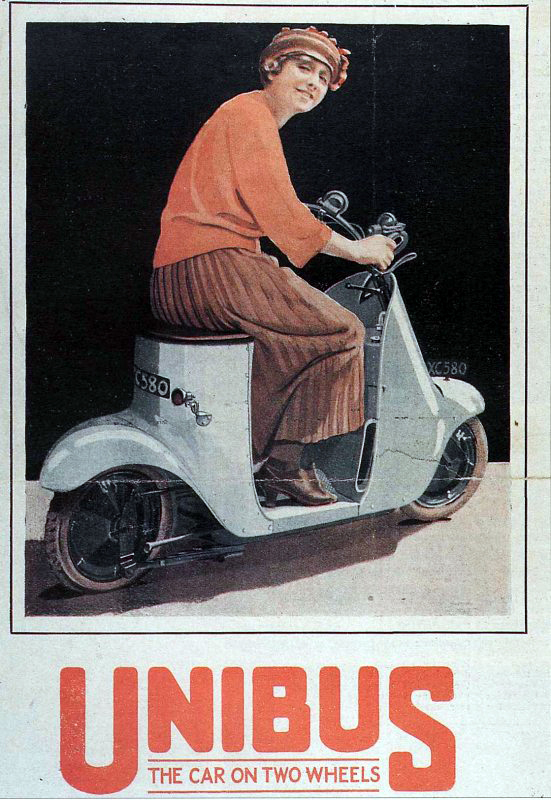 I first came across this Unibus, in unrestored condition, in 1993. I tried to buy it, but someone else beat me to it. The new owner offered it to me in 2004, but then changed his mind. In 2008 he advertised it in Classic Motorcycle magazine and, as I was the first person to phone him from the advertisement, I managed to buy it at last. He had, by then, restored it into the condition you see here (though he did not finish the restoration).

Some months later, I decided to exhibit my best scooters at the national Vintage Motor Scooter Rally. When one of the old-time members saw me with the Unibus he was quite rude to me. Apparently he had thought the previous owner was going to sell it to him.

I’m not sure if it was because I’m a dealer, or as a result of me buying the Unibus, or because I don’t wear a parka, or because I was the only person there with long hair, but it was the most unfriendly show I have ever attended. Despite exhibiting some of the most interesting and unusual vintage motor scooters in the show, I received no prizes …and not even any subsequent acknowledgement of my attendance. On my way out, a tall skinhead blocked me every time I tried to wheel my scooters out of the door and made it as difficult as possible for me to load my scooters onto my van.

I’m neither a skinhead nor a mod. Scooters are not a lifestyle thing for me, I just love vintage vehicles or all sorts. I’m unashamedly a hippy, and have been since the 1960s, but I’ve also been a vintage vehicle enthusiast for most of my life, buying my first, a 1959 Lambretta, in 1968 when I was sixteen. I was one of the first members of the Vintage Motor Scooter Club, joining soon after its creation in 1985. After the show, I did not renew my membership.

Later that year I sold all my vintage scooters (and cars and motorcycles) and started the Online Bicycle Museum. The Unibus is now in a museum in Italy. I’ve made some wonderful friends among the vintage bicycle enthusiasts I’ve got to know as a result of moving into a different branch of the vintage hobby. So I’m actually very grateful to the unfriendly scooter blokes. It’s funny how things work out 🙂 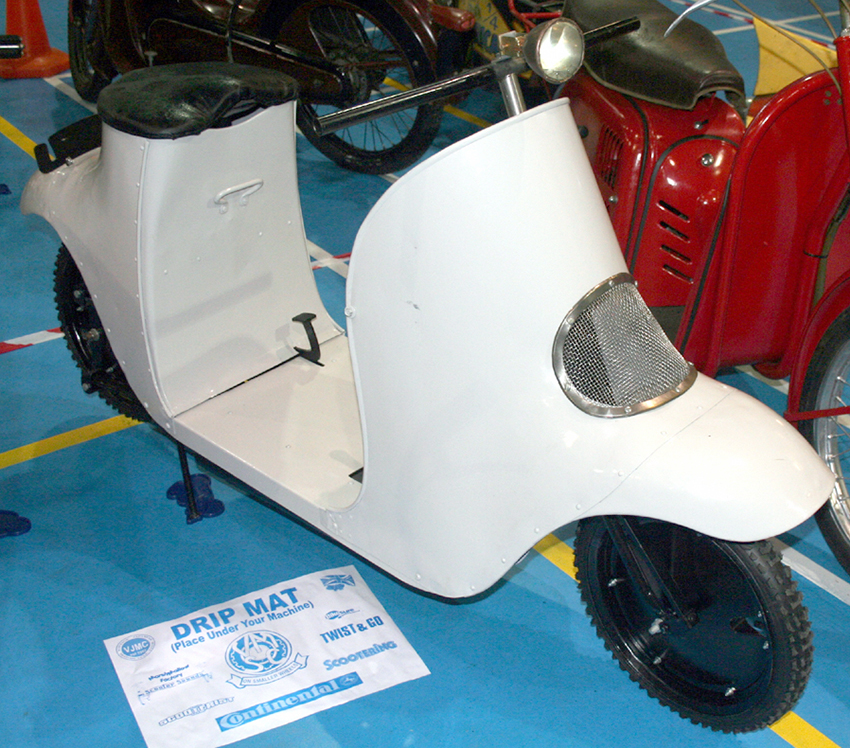 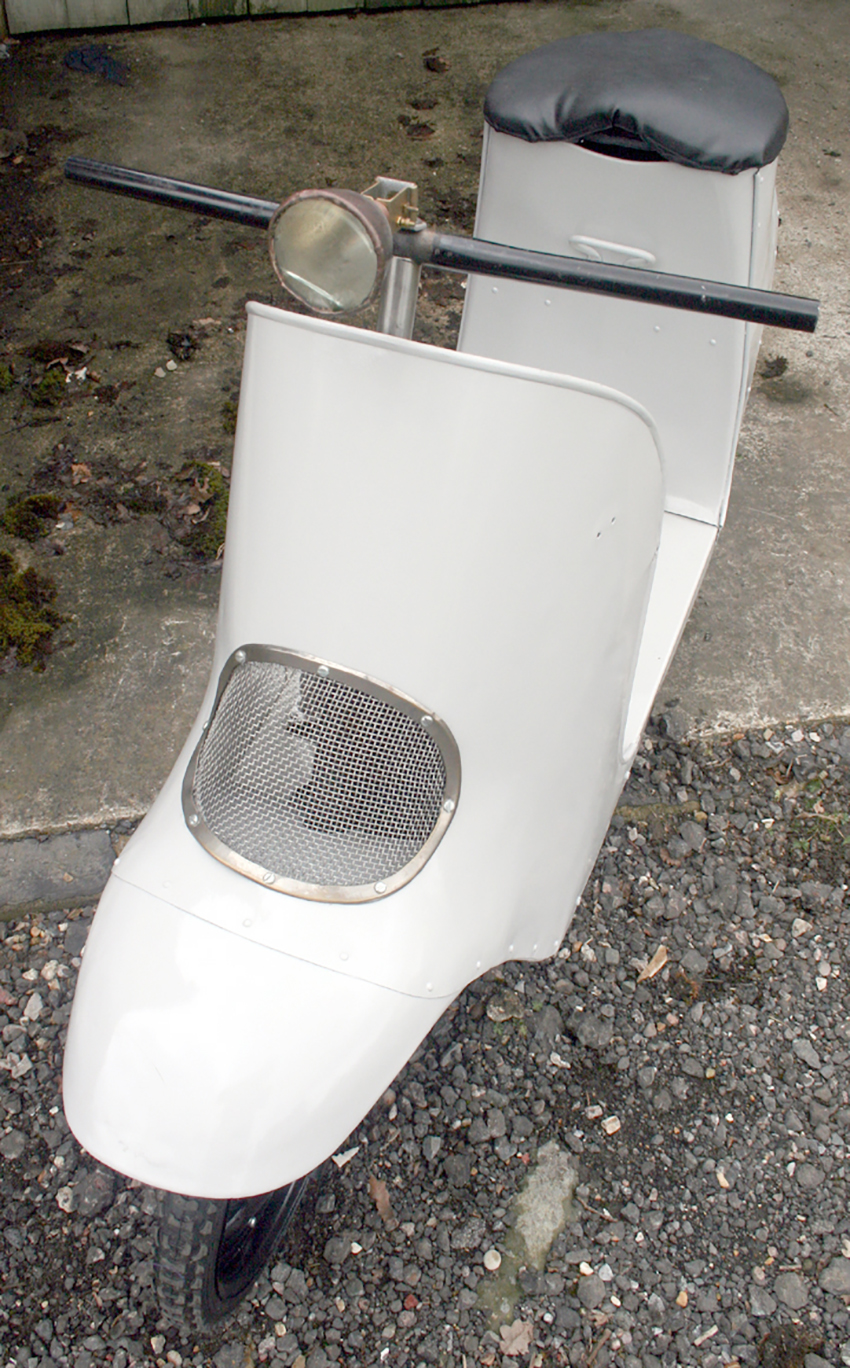 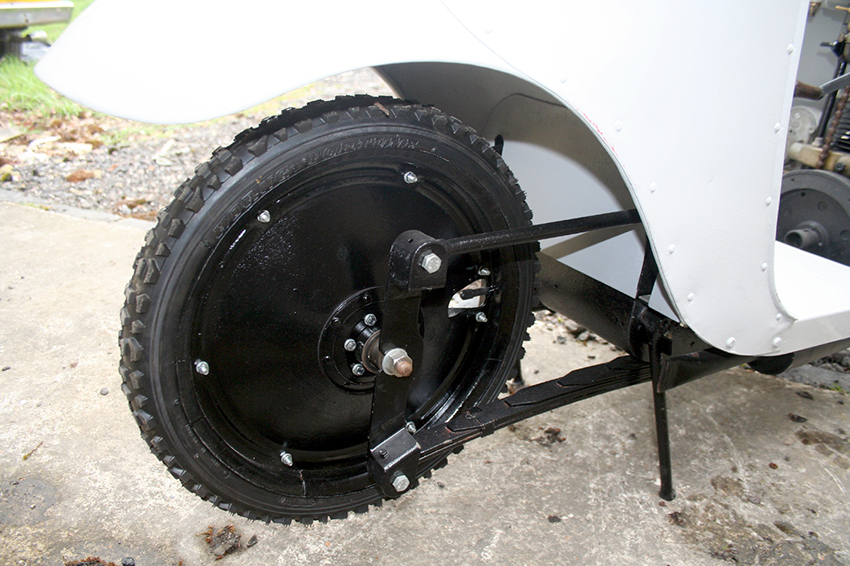 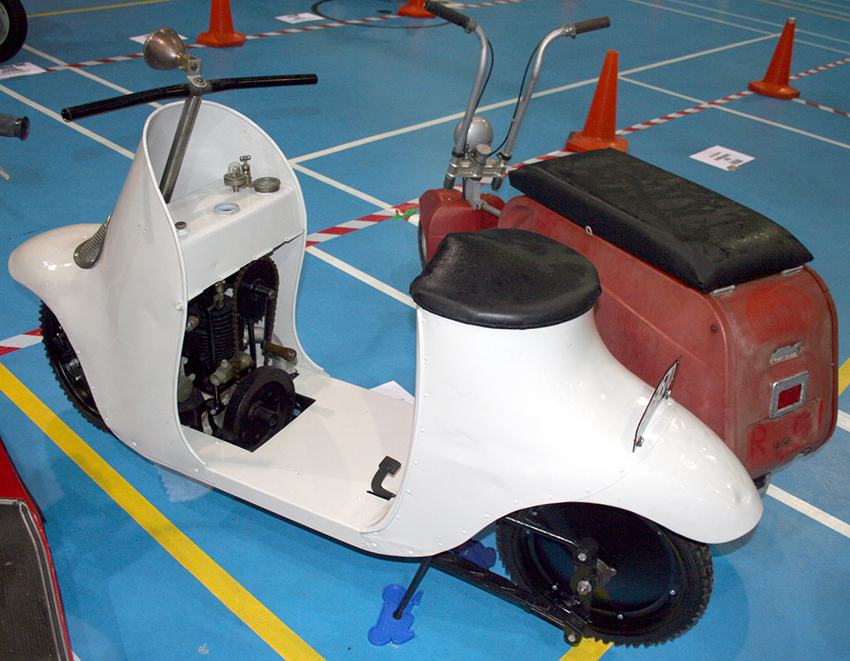 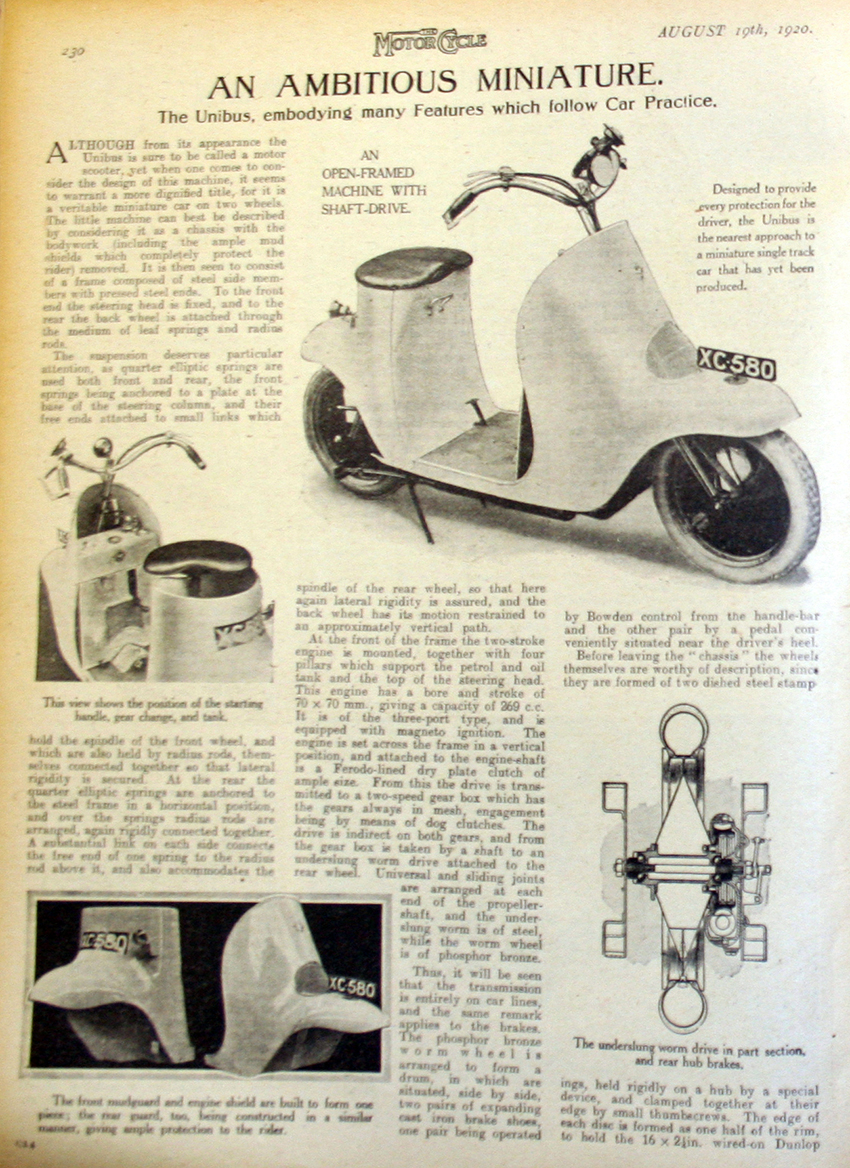 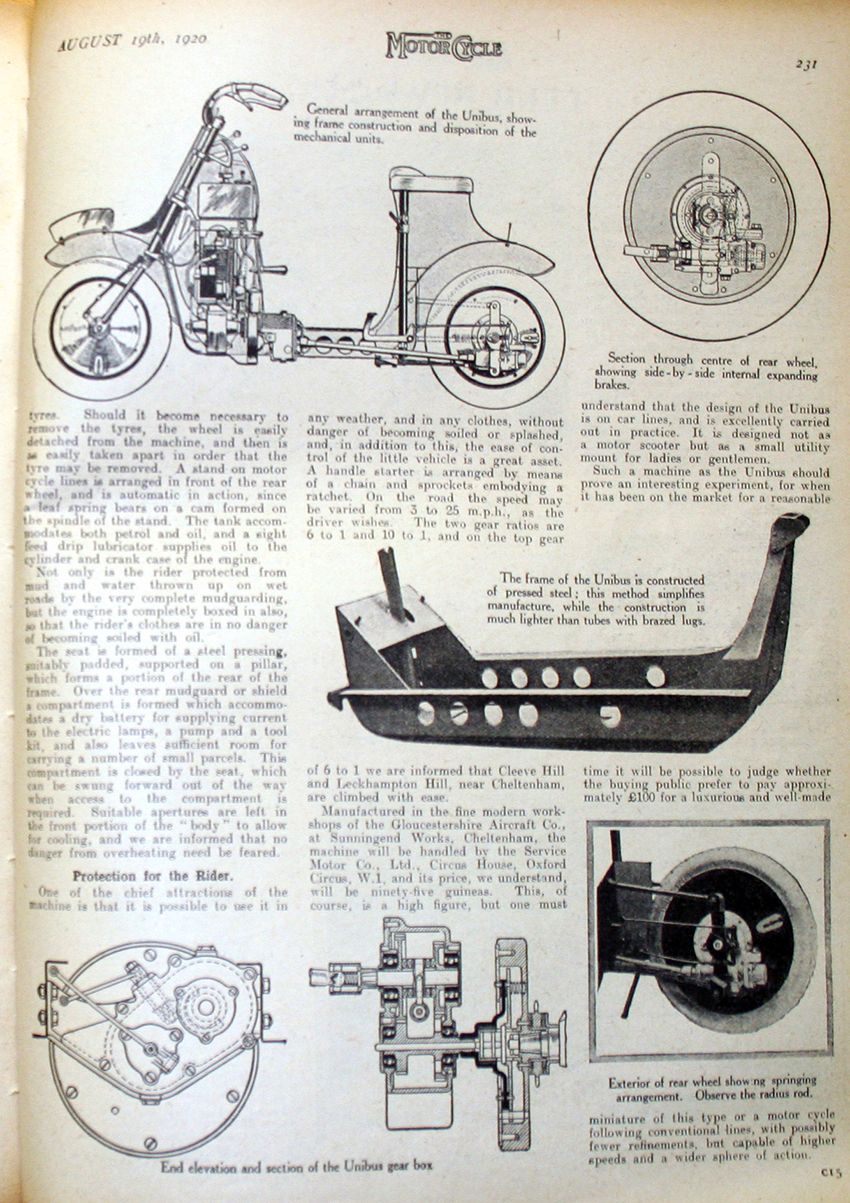 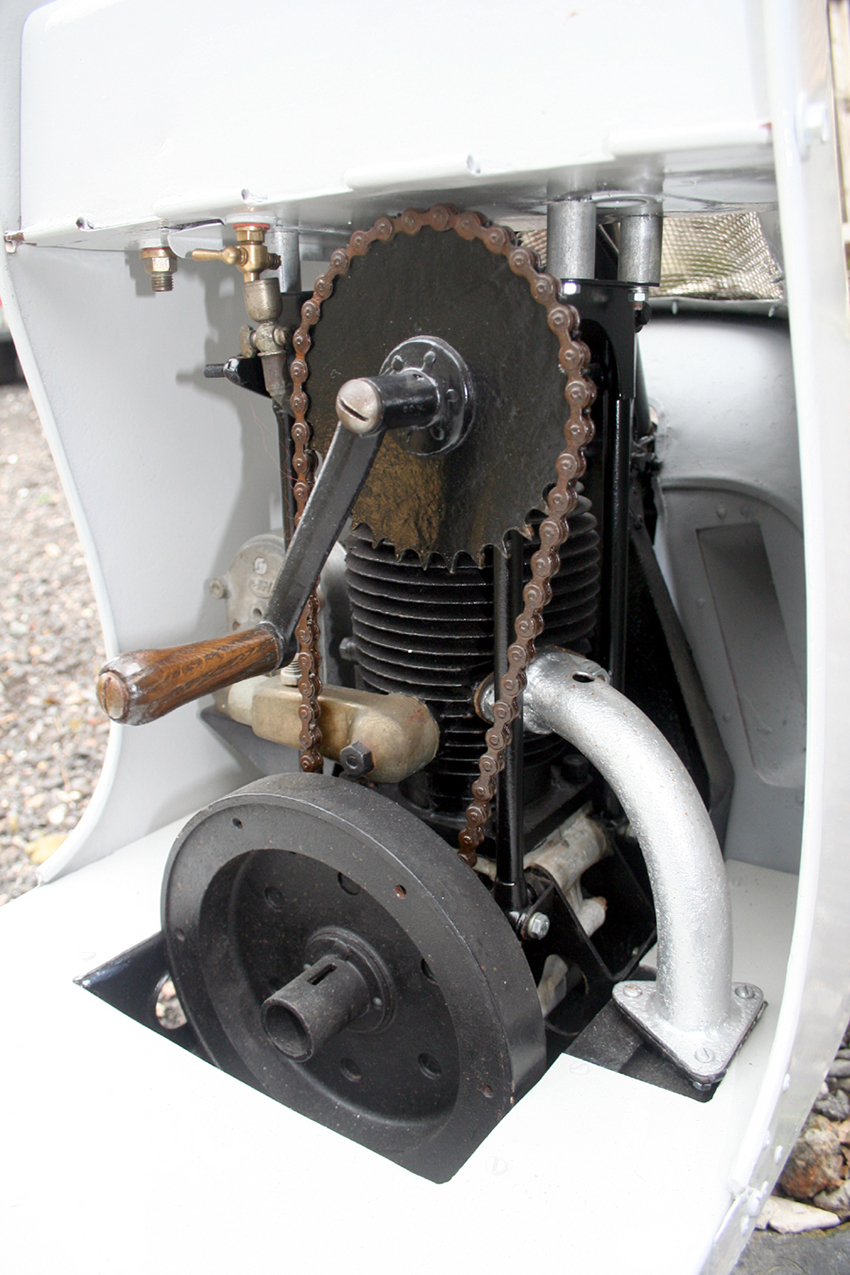