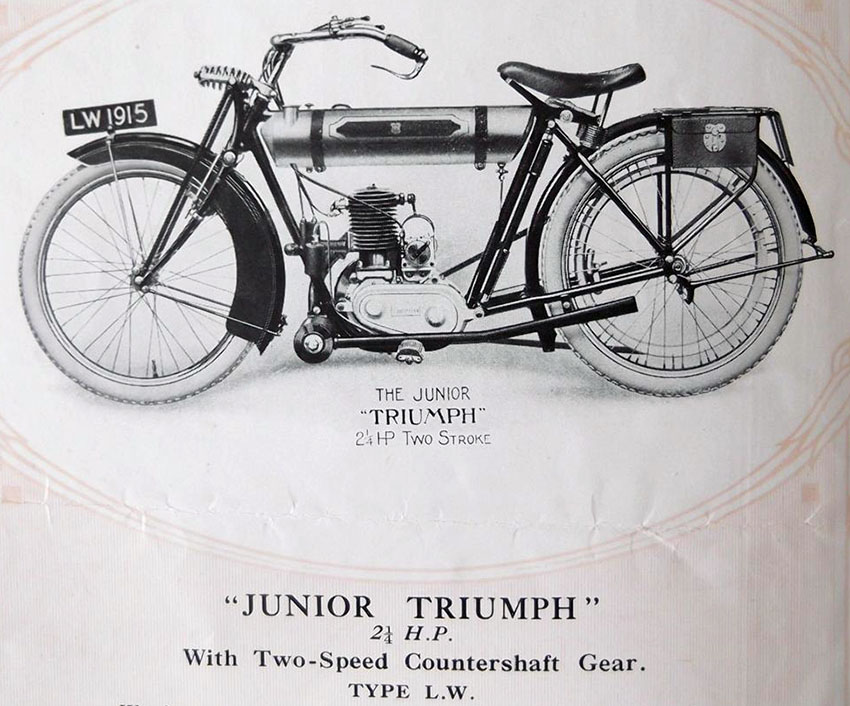 Triumph’s 500cc machines were high and somewhat difficult for a lightly built person to mount and handle, even with a clutch in the hub of the rear wheel. So Triumph decided to manufacture something more suitable – the Model LW – Light Weight. This idea might well have originated from Siegfied Bettmann’s partner, Mauritz Schulte, or even Schulte’s daughters, for the three daughters enjoyed riding behind Work’s Testers and when the Model LW was produced Schulte took one home for his eldest daughter and claimed to have made the first order.The Model LW, also known as the Junior, and nicknamed the ‘Baby’ – for it was the baby of Triumph’s models –

broke new ground for Triumph as they had not produced a two-stroke engine before. However, Triumph ‘got it right’ …with a couple of ‘paddles’ (steps while seated) the engine almost invariably bursts into life. With its low weight, such ease of starting and the low saddle height the model gained immediate popularity amongst District Nurses, Ministers of the Church, and schoolboys with wealthy parents. (The legal minimum riding age in those days was fourteen).

Initially the Model LW engine was of 225cc capacity, and although it had a diminutive 2-speed gearbox there was no clutch or kickstart. (A clutchless gearchange was achieved by a swift opening of the engine’s pressure relief valve). For its last three years the engine capacity was increased to 250cc and a clutch and kickstart were added. Production continued during the 1914-18 war years, for the Model LW was also used on war service. Manufacturing competitors and owners of products of those other motor cycle manufacturers, claimed that the Model LW was nicknamed ‘the Baby’ because it never went anywhere without its rattle!

The Junior filled a niche market, established by the Wall Autowheel and subsequent post-WW1 cyclemotors, which encouraged cyclists to upgrade to motorcycles. It was also the most popular motorcycle for female riders. Both at home and around the world it became an icon of period.

Ignatz Schwinn manufactured the Junior under license in the USA (as Excelsior), between 1916 and 1920, upgrading the engine to 269cc. It was called the Excelsior ‘L18.’

An outstanding feature of the Triumph Junior is its ‘rocking-action’ fork with trademark horizontal coil spring. This was subsequently used in America for bicycles, notably the 1938 Schwinn Autocycle and, in the late 1960s, the Stingray Krate. 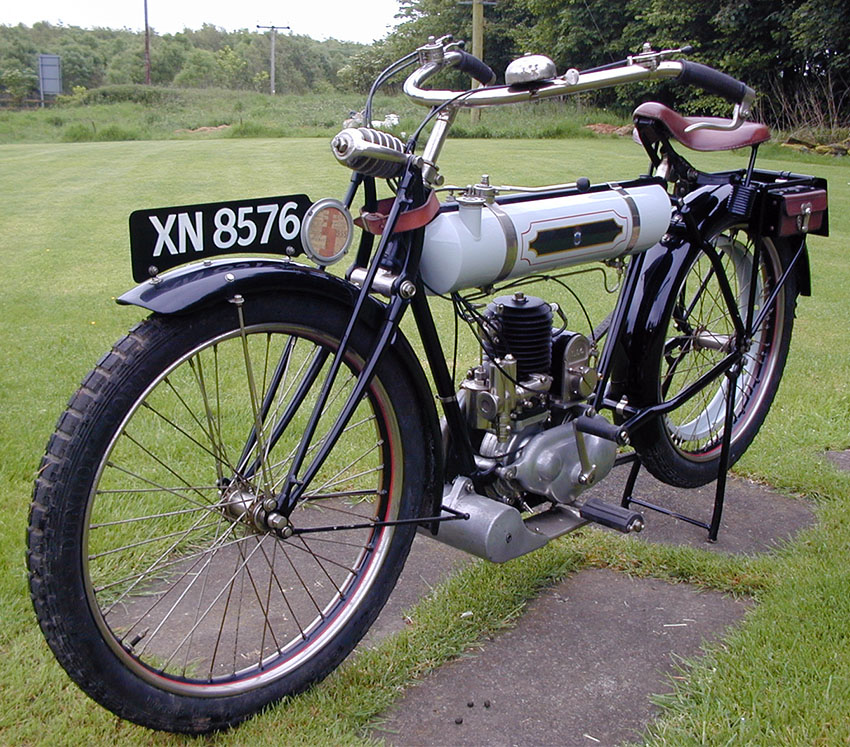 This machine has been restored to a very high standard, with excellent attention to detail. It’s a pleasure to ride. 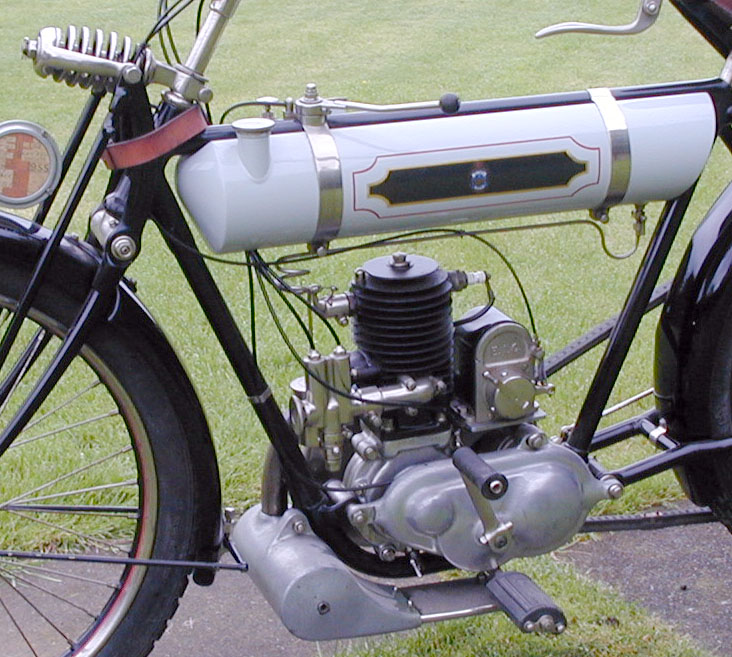 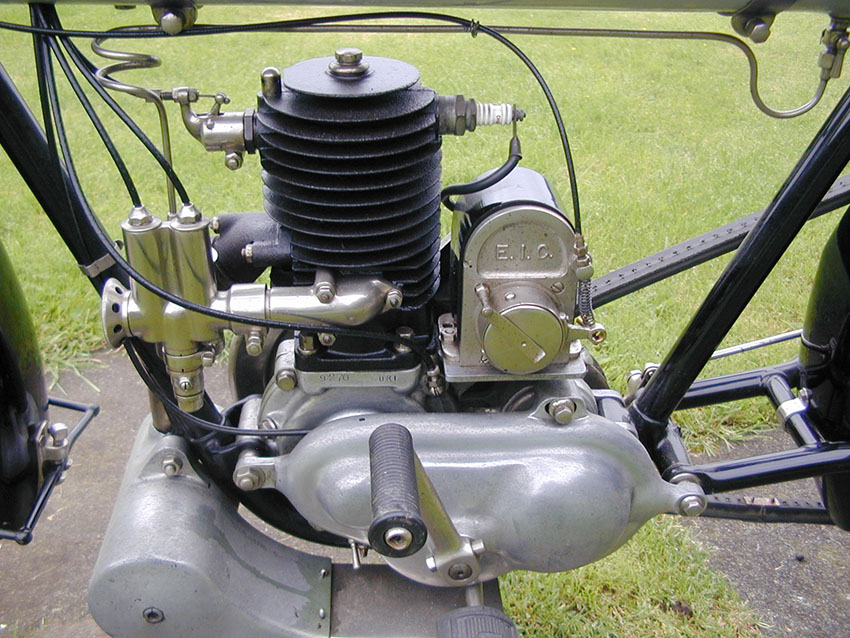 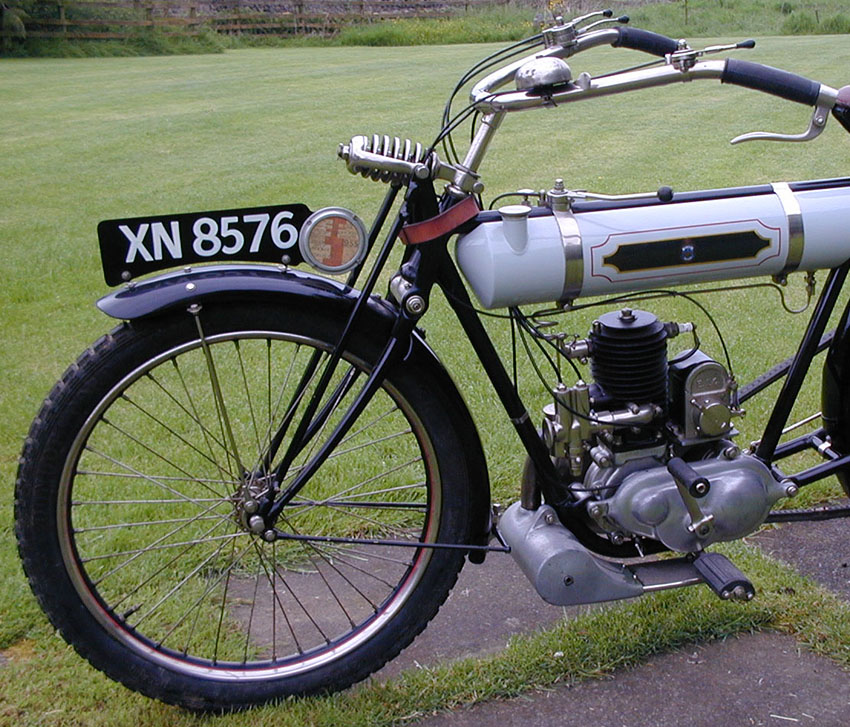 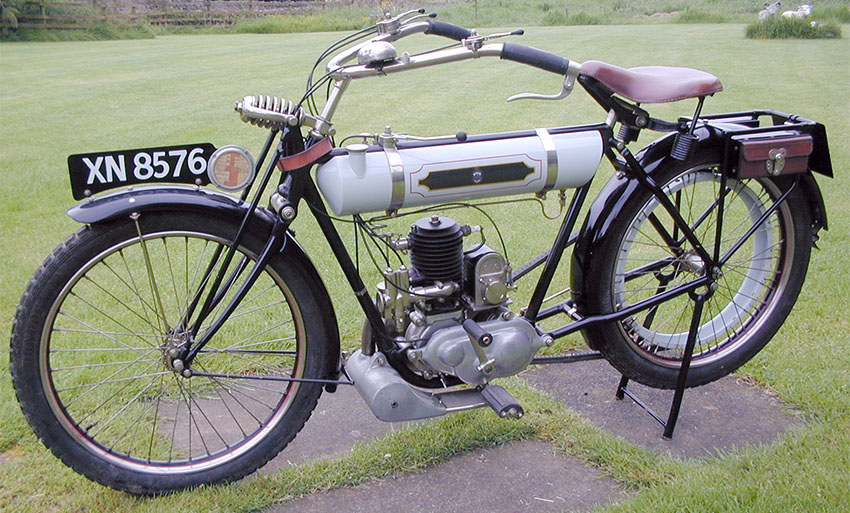 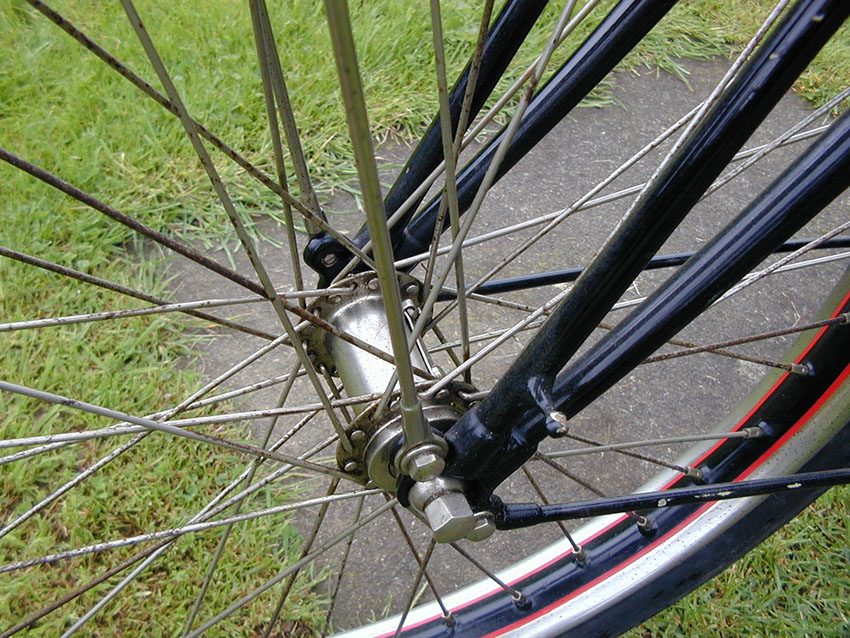 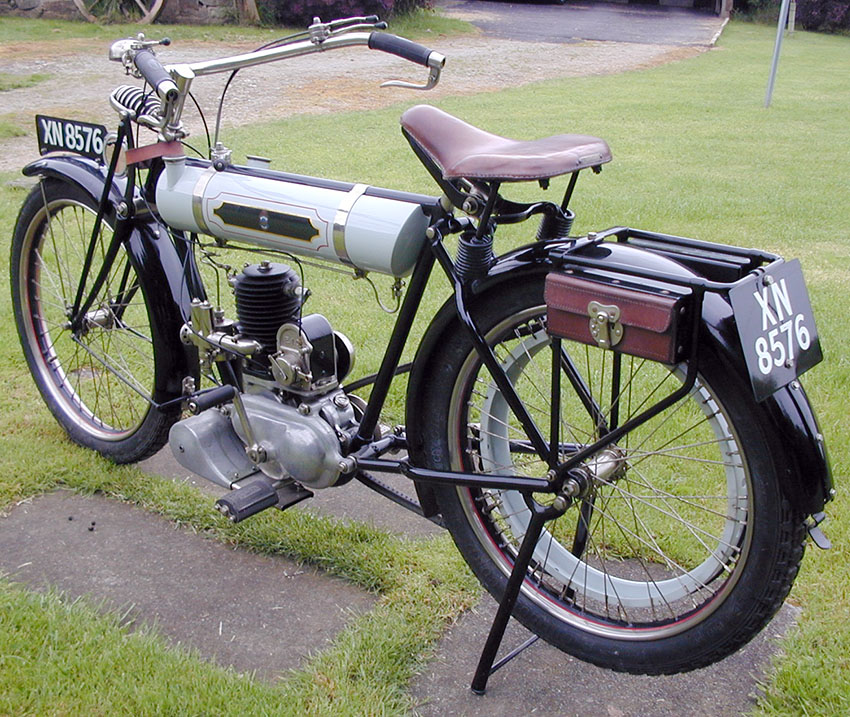 FROM TRIUMPH JUNIOR to SCHWINN KRATE 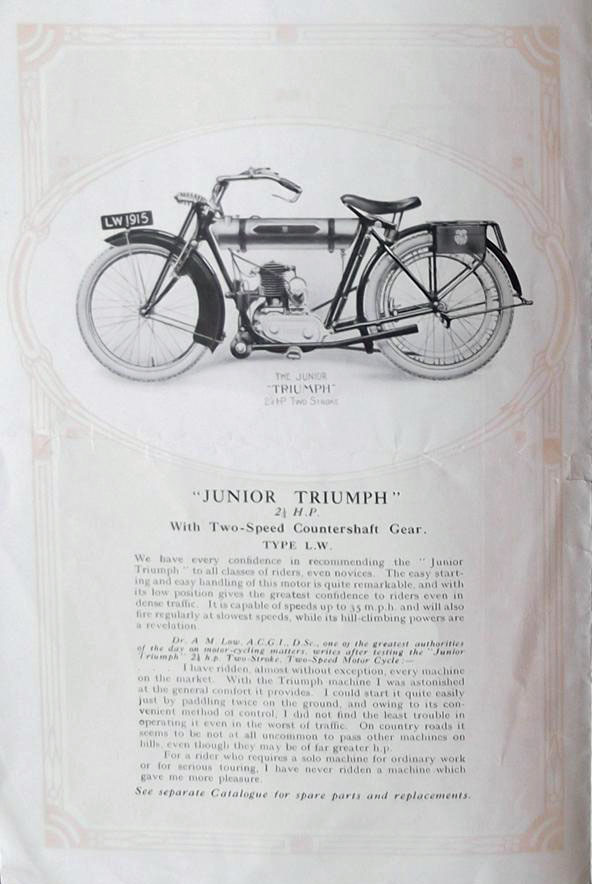 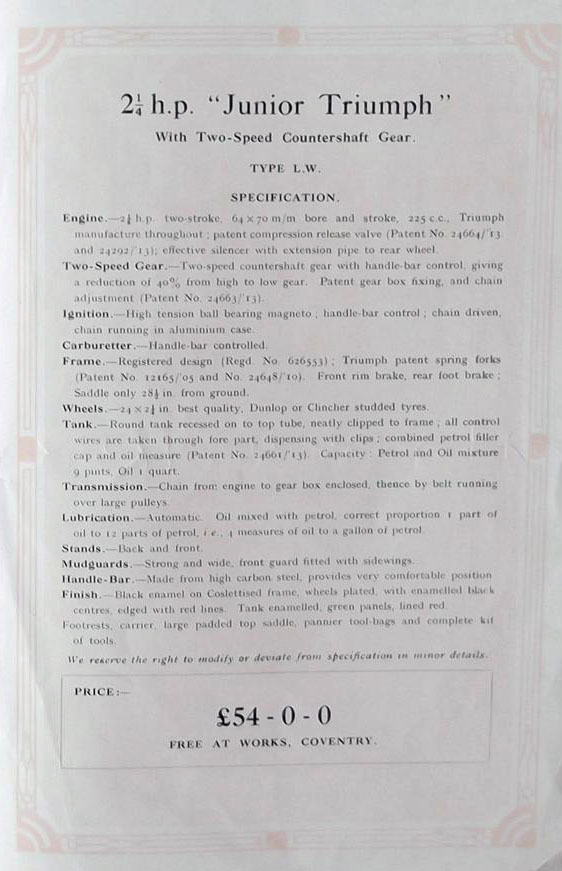 The Triumph Junior’s rocking-action fork, with its trademark horizontal coil spring (above), was also a feature on the American version, the Excelsior Lightweight (L18), below. 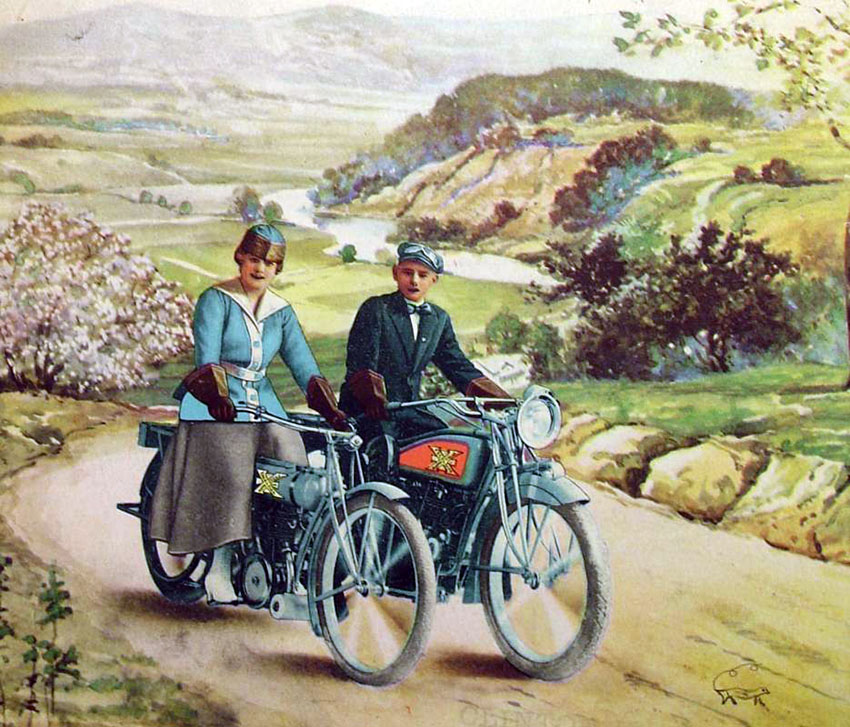 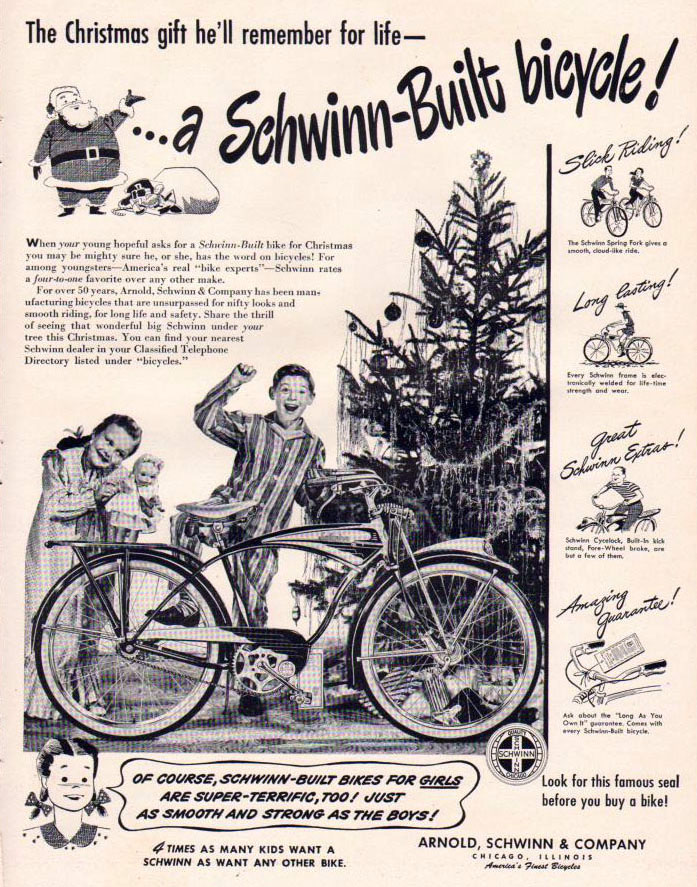 Its legacy even continued into more recent times, as Schwinn also used the Triumph’s springer on their ‘Krate’ series of Chopper bicycles of the late 1960s 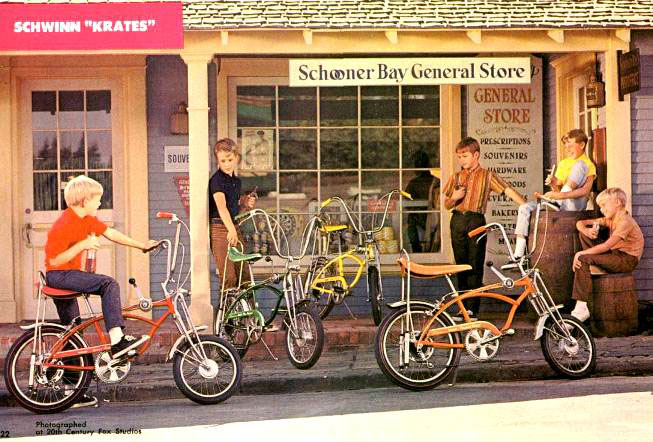 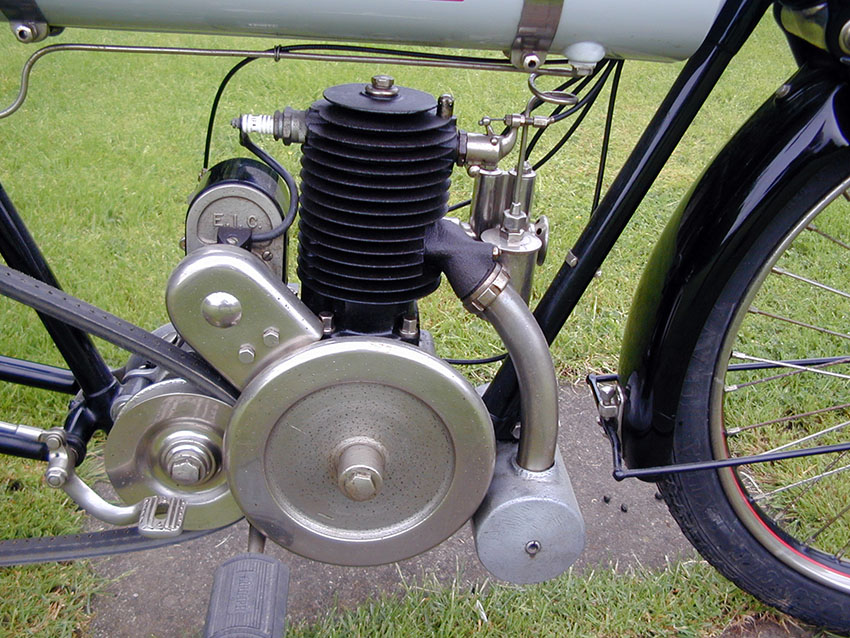 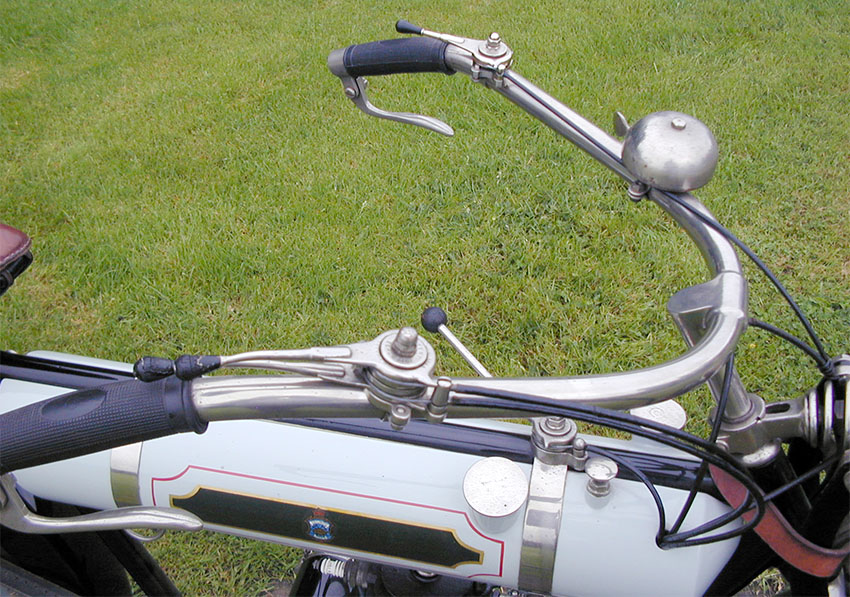 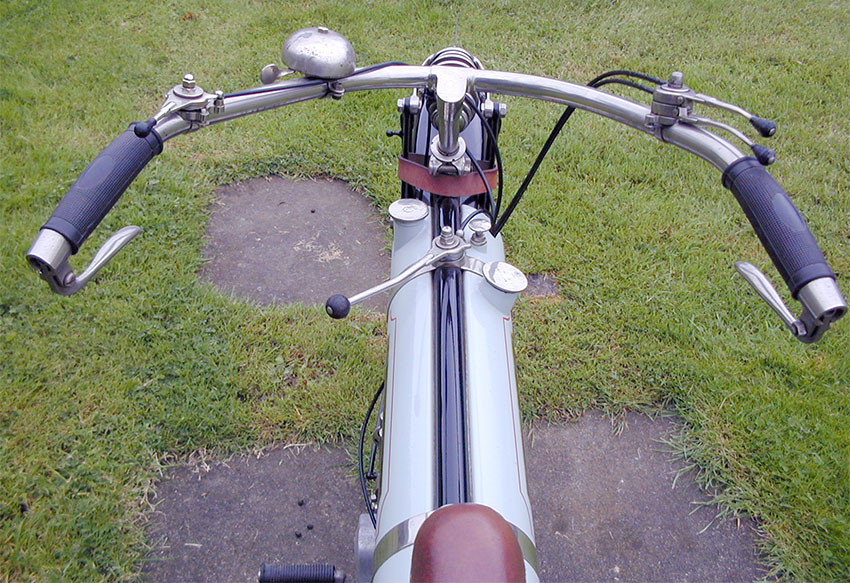 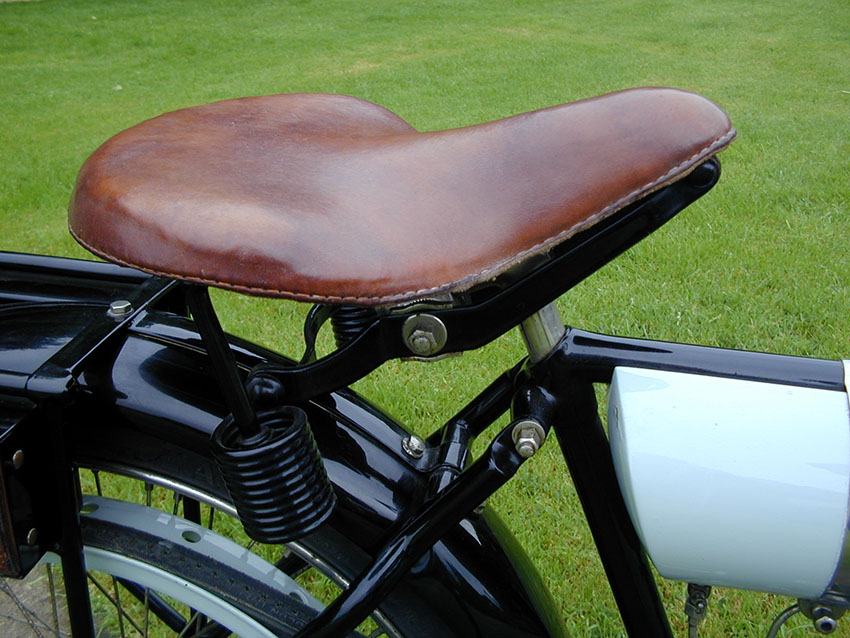 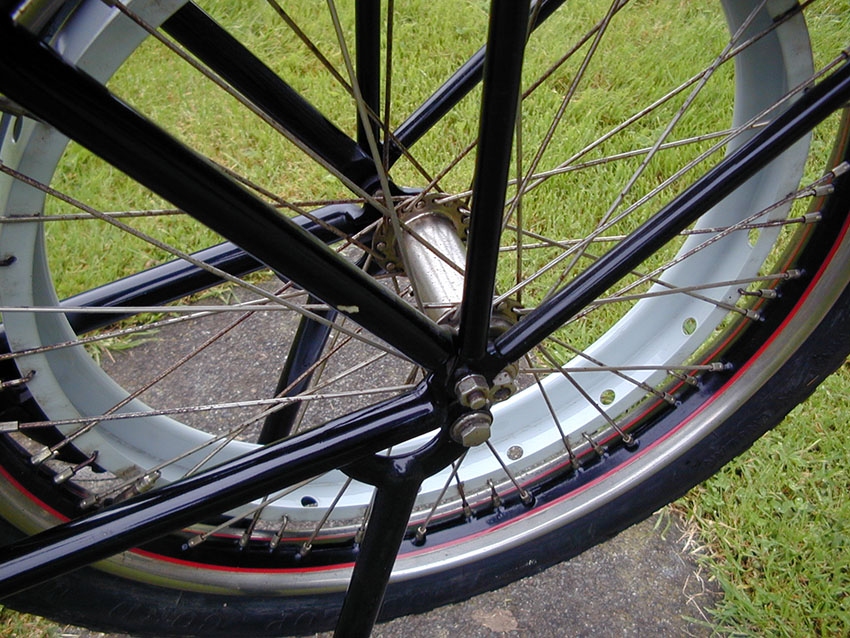