Osmonds Ltd, Birmingham, show three specimens of Osmond motor-bicycles. In these the engine is clamped to the tube from head to bracket, the outside flywheel balances the weight of the engine, so that the total weight is central; drive is by twisted raw hide belt, running over a jockey pulley on main tube of frame. The claim of Osmonds, Limited, is, not that they have produced a racing motorcycle, but that their machine is still a bicycle, with the addition of an engine capable of propelling the machine and rider at the rate of 30 miles an hour; the weight of the complete machine is only 721bs., so that the engine has not got a heavy load, and can put forth its best efforts with the least possible handicap. Although bicycle parts have been used throughout, strength has been increased where necessary, and replacements can be made with facility at bicycle prices — a good point.

All Osmond motor-bicycles are fitted with the patent ‘Radilever’ front rim brake, which can be swung from one side of the handlebar to the other, or placed in any position desired by the rider, without interfering with the adjustment of the brake. Belt pulleys are spoked into the back wheel rim; either back-pedalling hub brakes or hand-applied rim brakes are used, according to taste.

Another pattern is shown having a chain drive and a two-speed gear, the engine being in the same position as on the previous machine, driving by chain to an additional bracket, placed a few inches in advance of the usual bottom bracket; this extra bracket carries the two-speed gear, which is on the sun and planet system, giving a reduction from high to low of 25 per cent. This enables the machine to mount any hill. The price of the belt-driven machine is £45, and the chain-driver, with two-speed gear, is £50.

F.J Osmond was a leading racer in the 1890s. When he worked for Whitworth Cycle Co, he built bicycles that were way ahead of their time. He started his own company in 1894 and, by 1900, introduced motorcycles and cars to the company’s range. The James Cycle Co purchased Osmonds Ltd in 1911 in order to obtain Osmond’s range of two stroke motorcycles, and machines bearing the Osmond name were produced in the James factory until 1924. 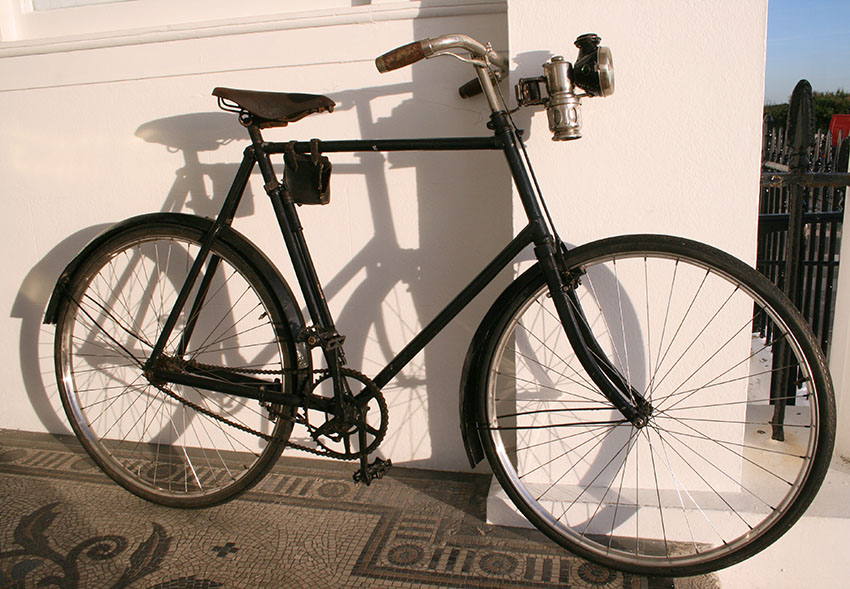 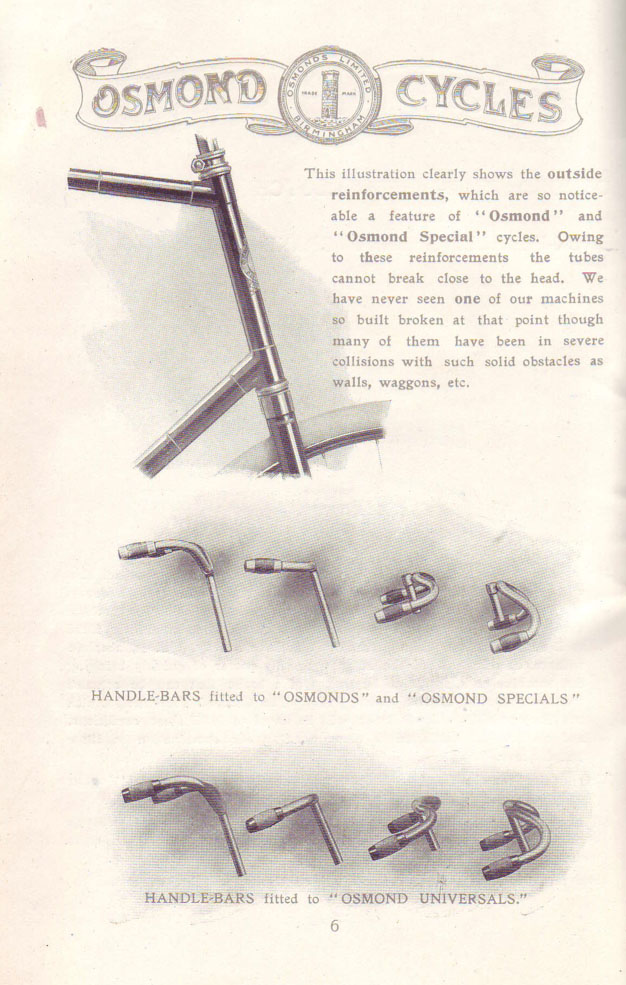 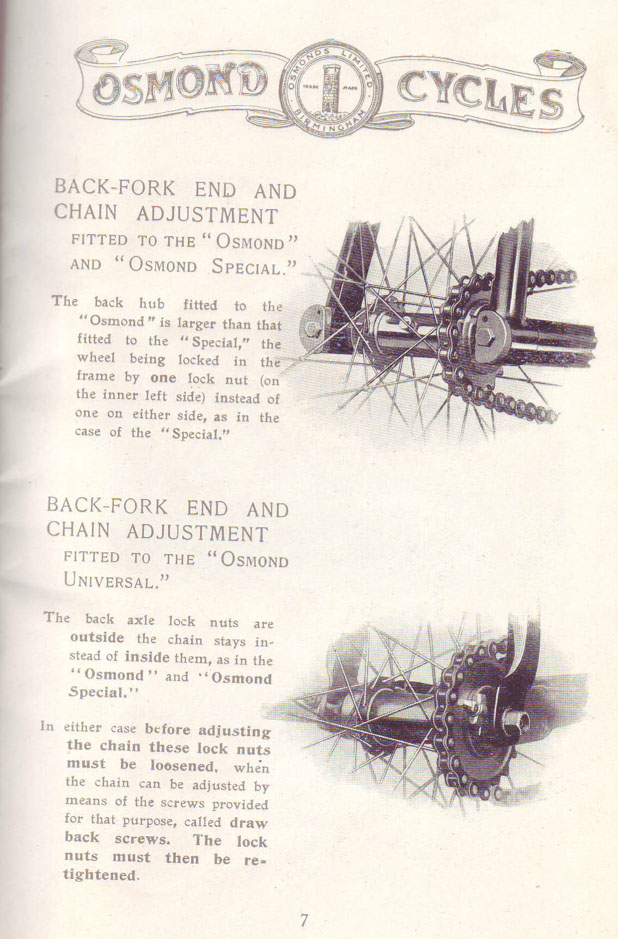 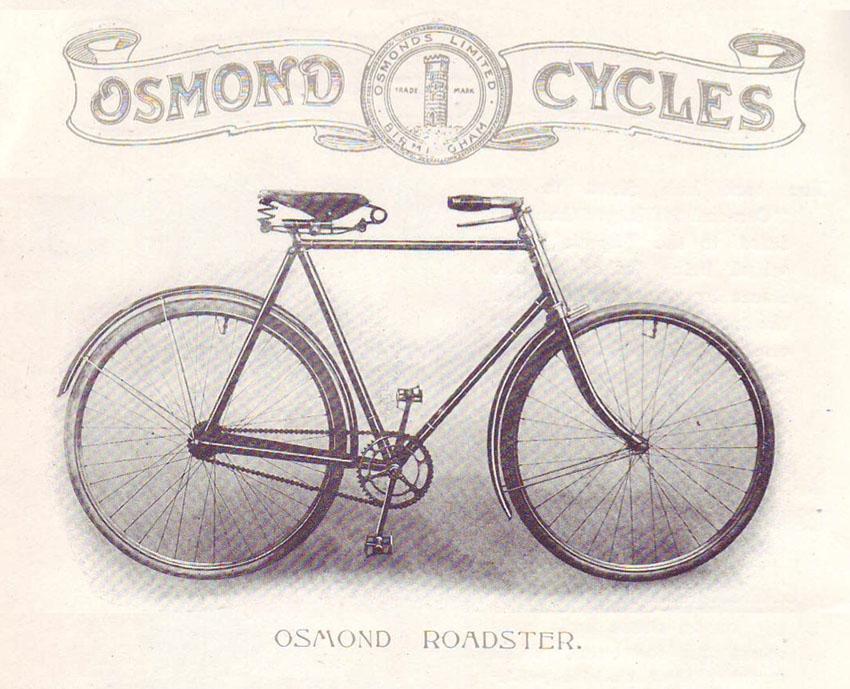 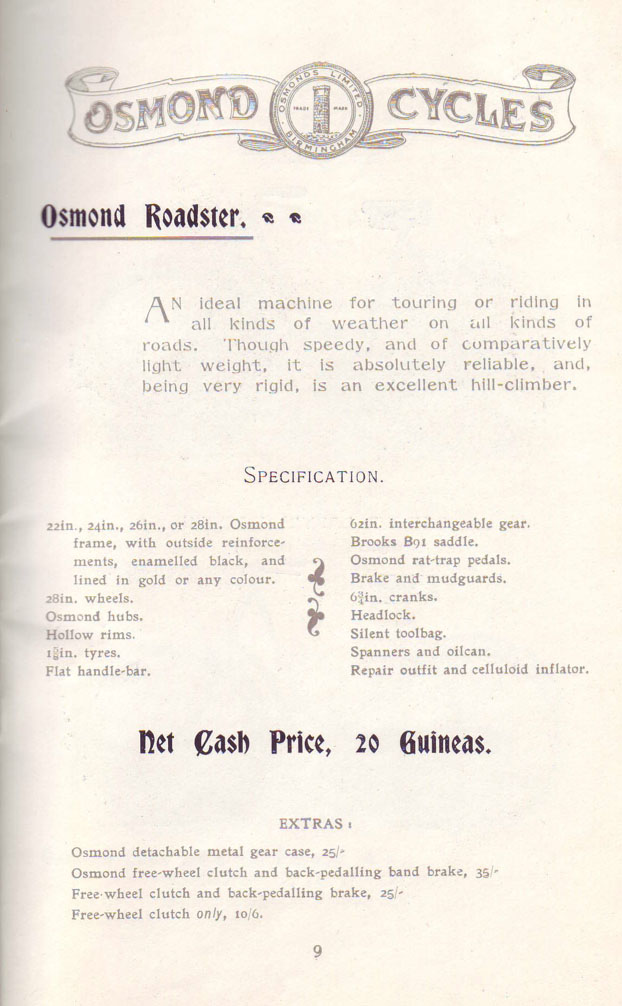 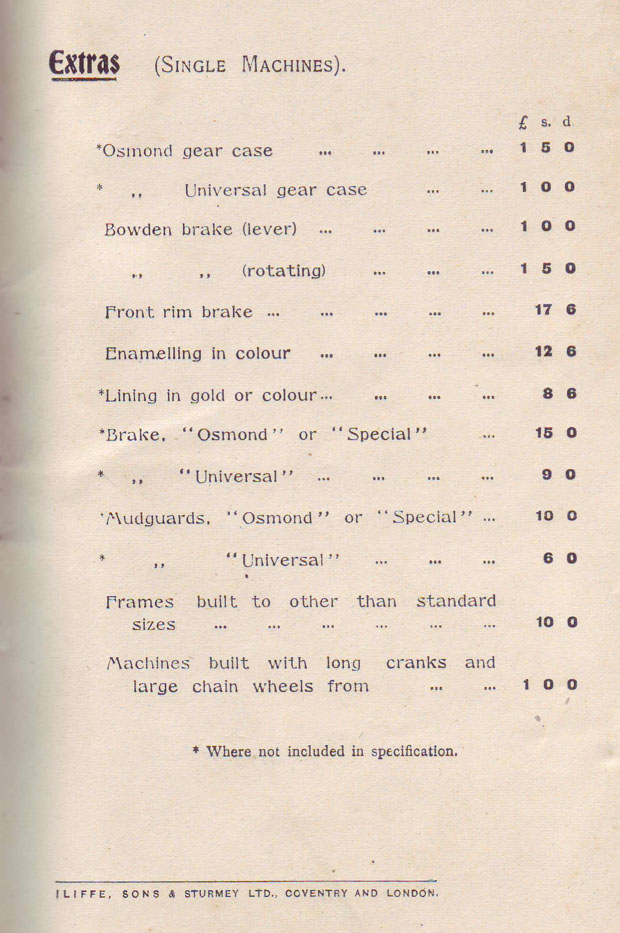 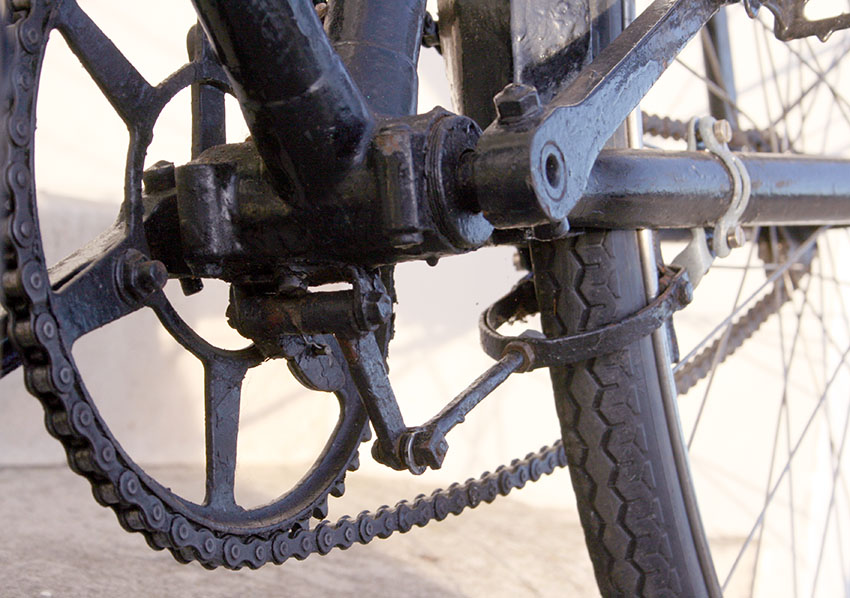 The first back-pedal brake, introduced by Osmond in 1900, was a band brake (below). As you can see, the 1903 version, featured on this bicycle, is activated via the chainwheel. 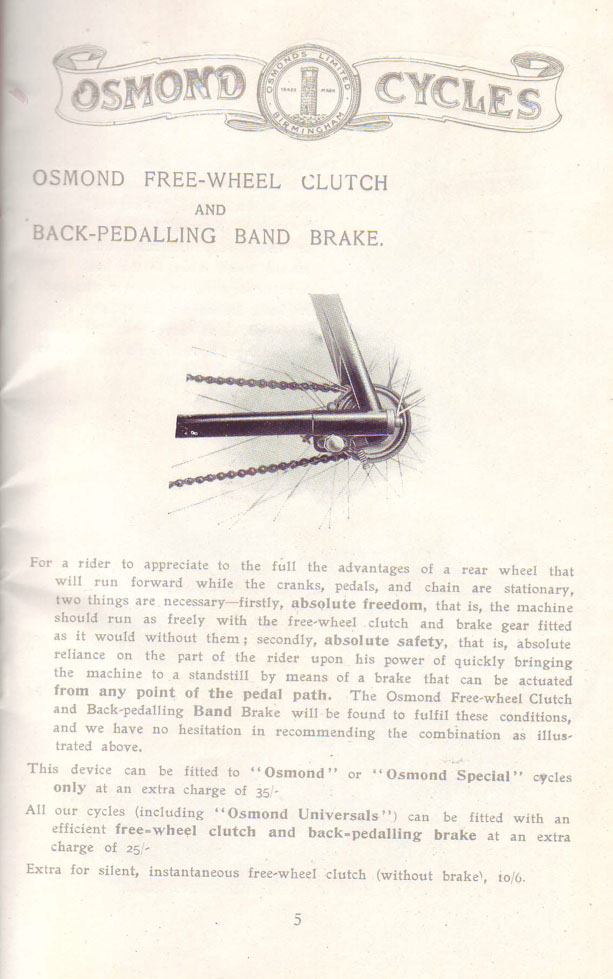 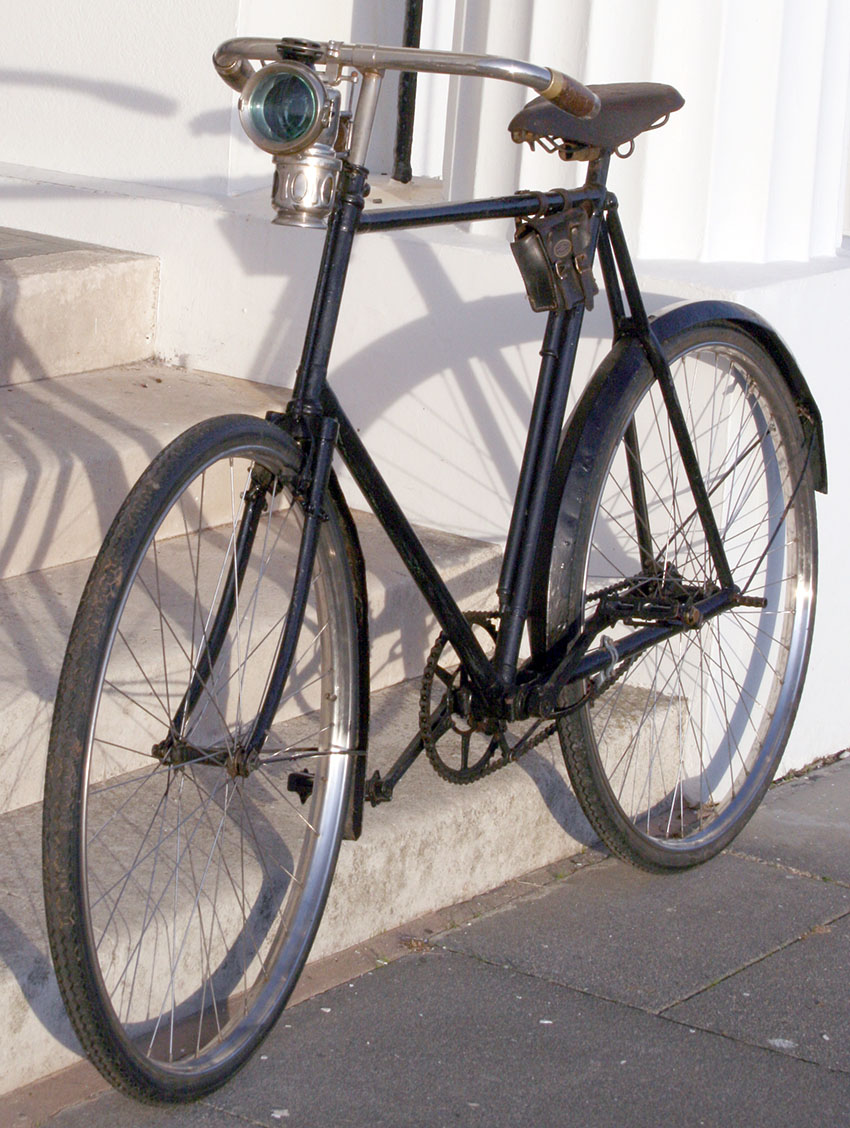 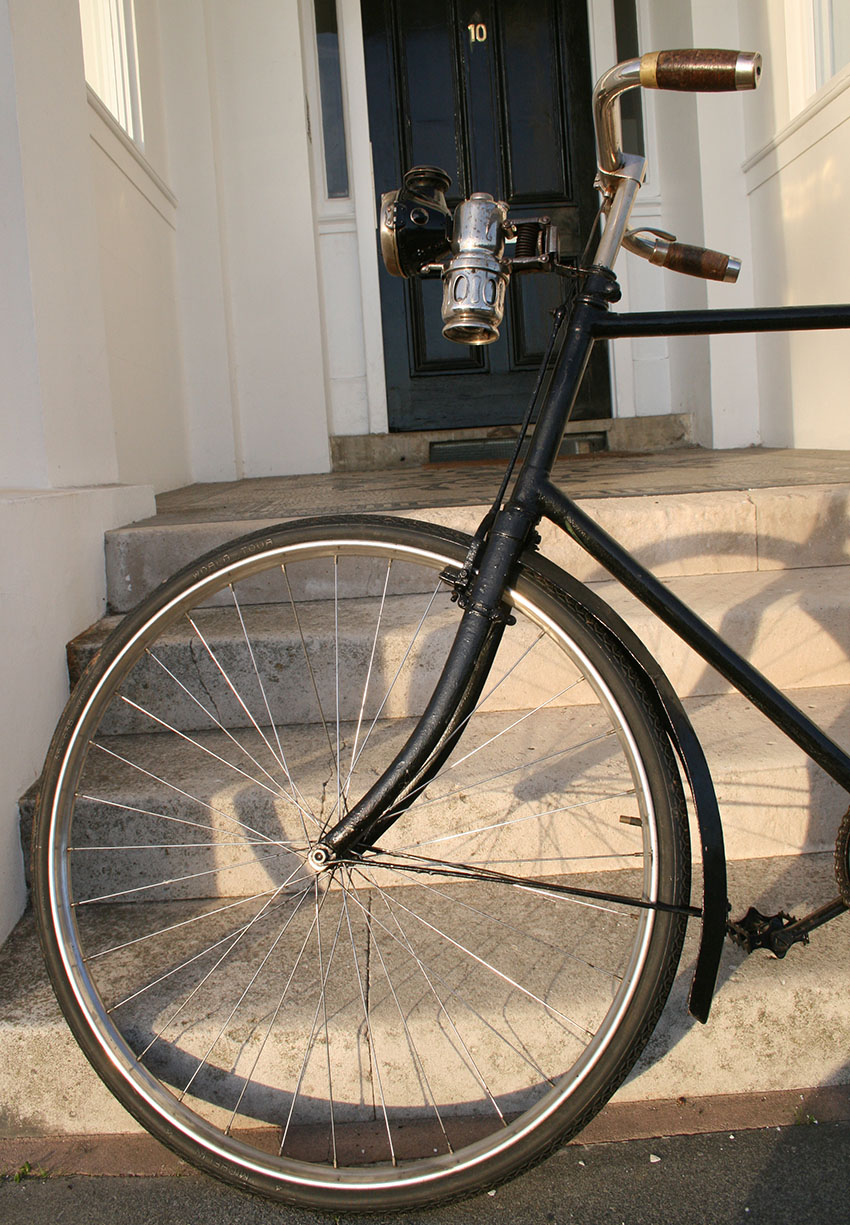 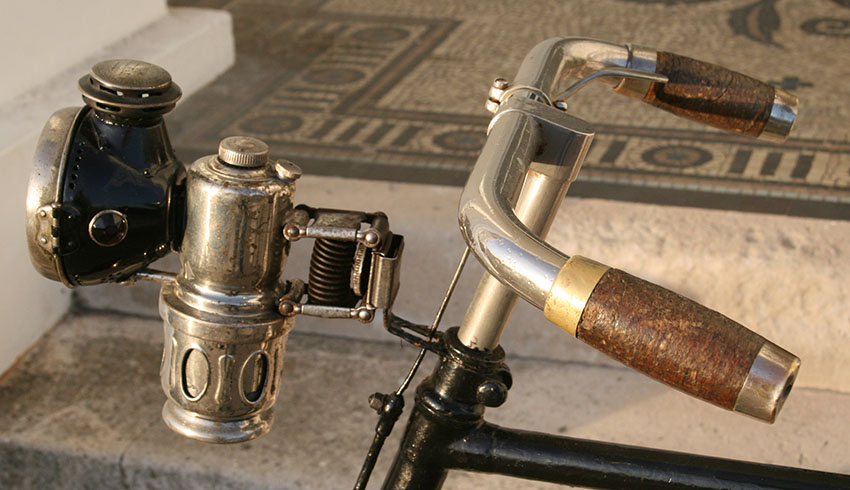 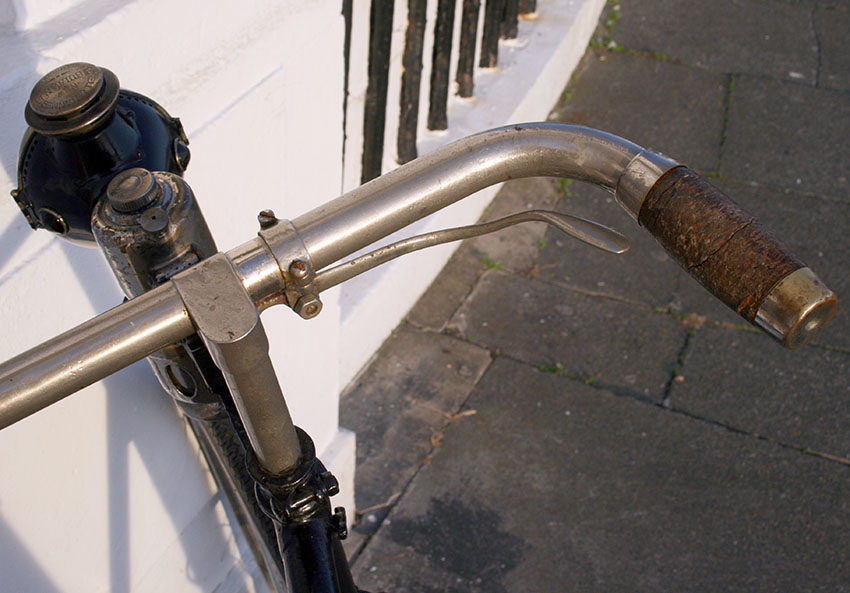 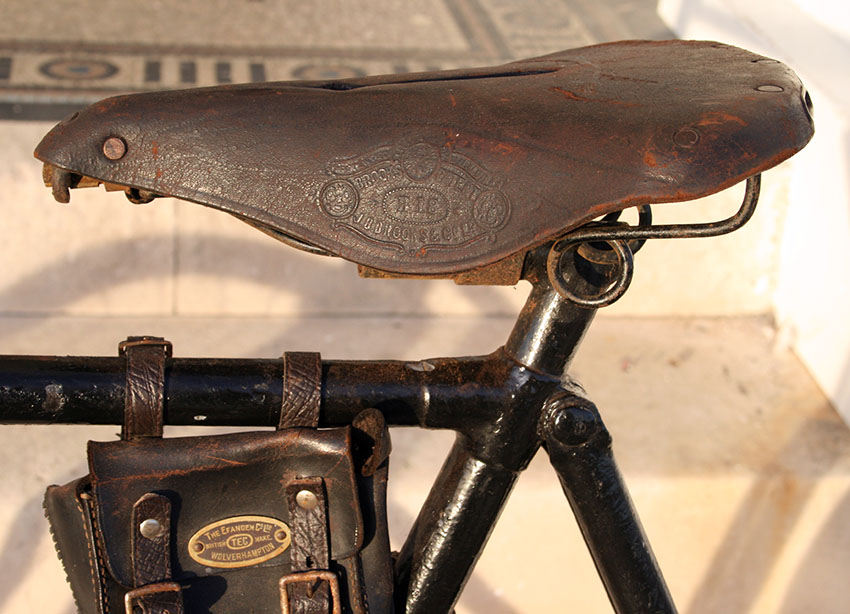 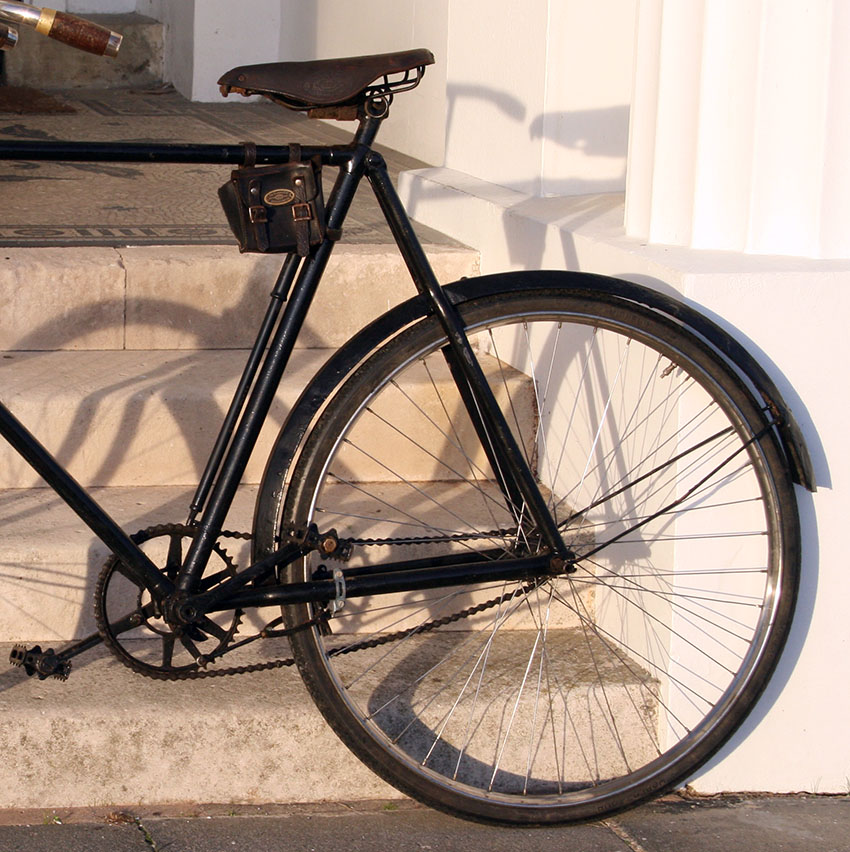 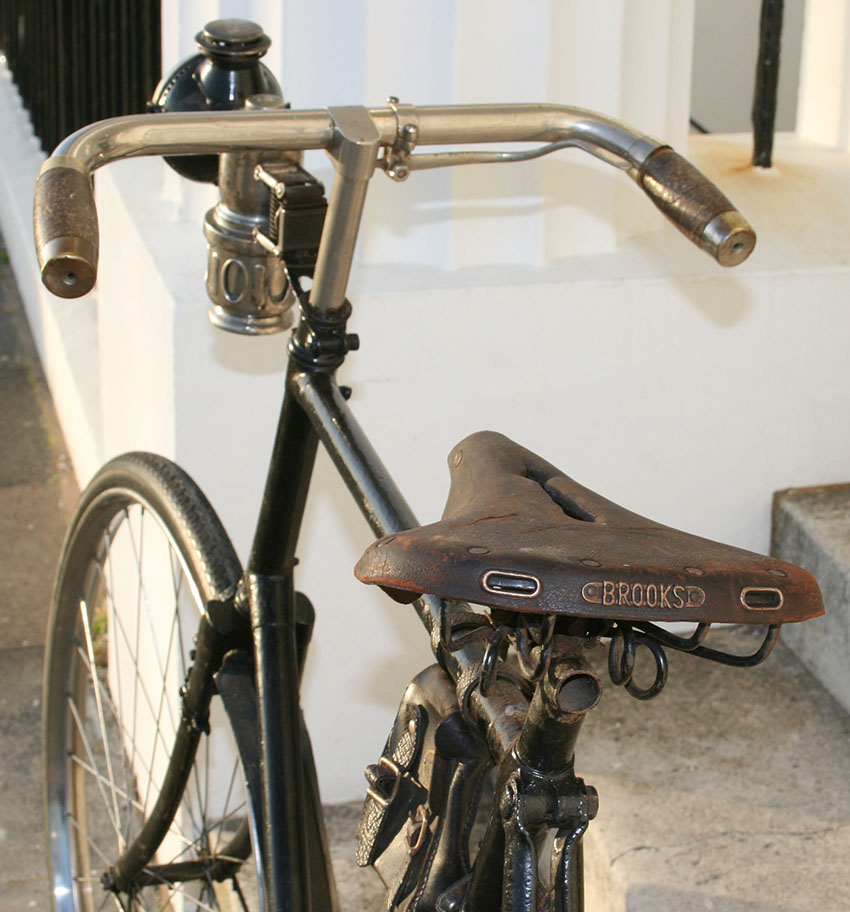 F. J. Osmond was born in 1867 in Long Sutton, Lincs. He started cycle racing in 1886 and broke record after record on both the ordinary and the safety bicycle. F.J Osmond and J. H. Adams left the Whitworth Cycle Co. Ltd in 1894 to form the Osmond Cycle Co, which was located at The Tower, Bagot Street, Birmingham, Warwickshire. There was a London showroom at 171 New Bond Street in 1897-98. It also had showrooms in Dublin, Glasgow, Edinburgh, Liverpool, Manchester, and Newcastle on Tyne. The frames were constructed with outside liners at the head, between the tubes and the lugs, which created a somewhat odd appearance. There were also 1 in. D-section back stays, lapped over the chain stays and incorporating concealed chain adjusters.

The company offered 20 different models at the 1900 Stanley Show including Racer and Roadster tandems, Lady front and Lady back tandems, and Lady’s and Gent’s tricycles. A Dublin depot was opened in 1902 at 128 St Stephen’s Green. Prices for 1902 were substantially reduced with their best pattern coming down from £22 10s to £15 15s. The firm was taken over by the James Cycle Co. about 1912 and the trade mark ‘F. J. Osmond’ was then used on their second grade machines.

F.J’s younger brother Ernest sailed to South Africa in October, 1894, and set up a cycle agency there. After getting caught up in the Boer War, he returned to England in 1900 from Johannesburg with his Cape Colony (South African) wife Agneta Mercy.

Both brothers were patentees. F.J held fourteen patents between 1893-98. Ernest held twenty-five patents for cycle components between 1887-1908, and another eighteen for other articles between 1906-41. 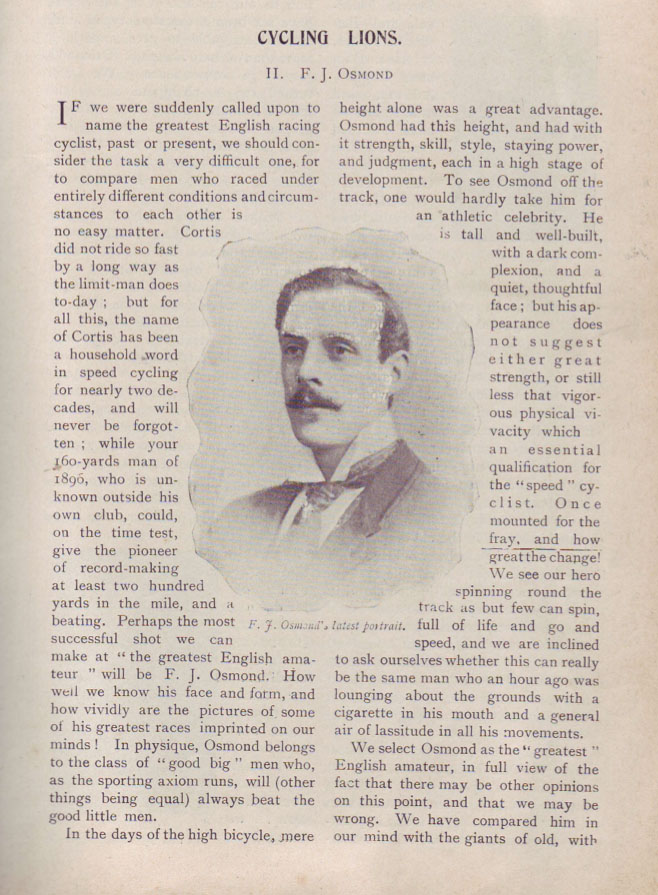 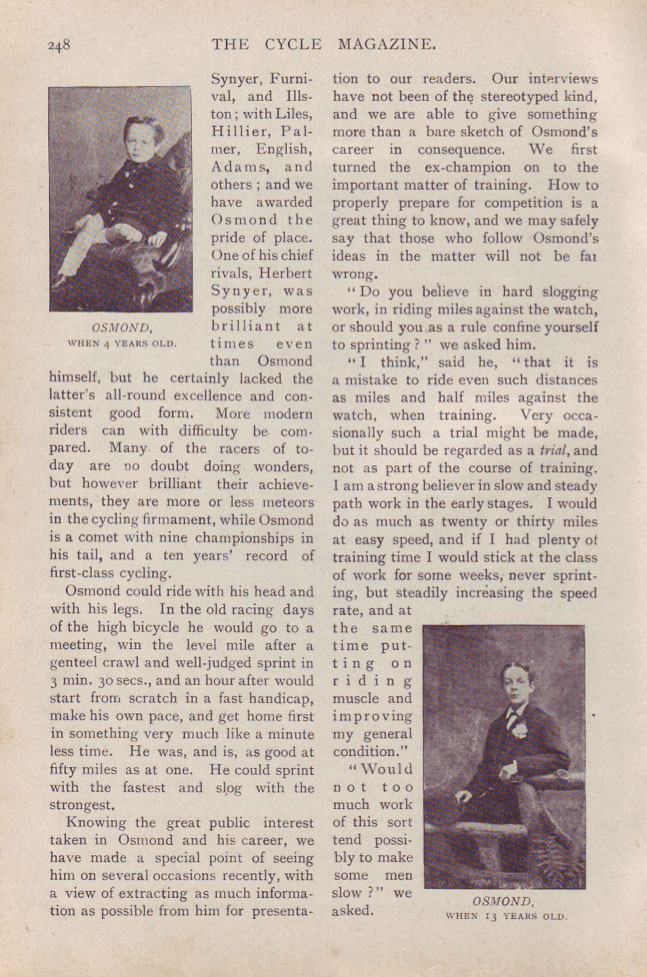 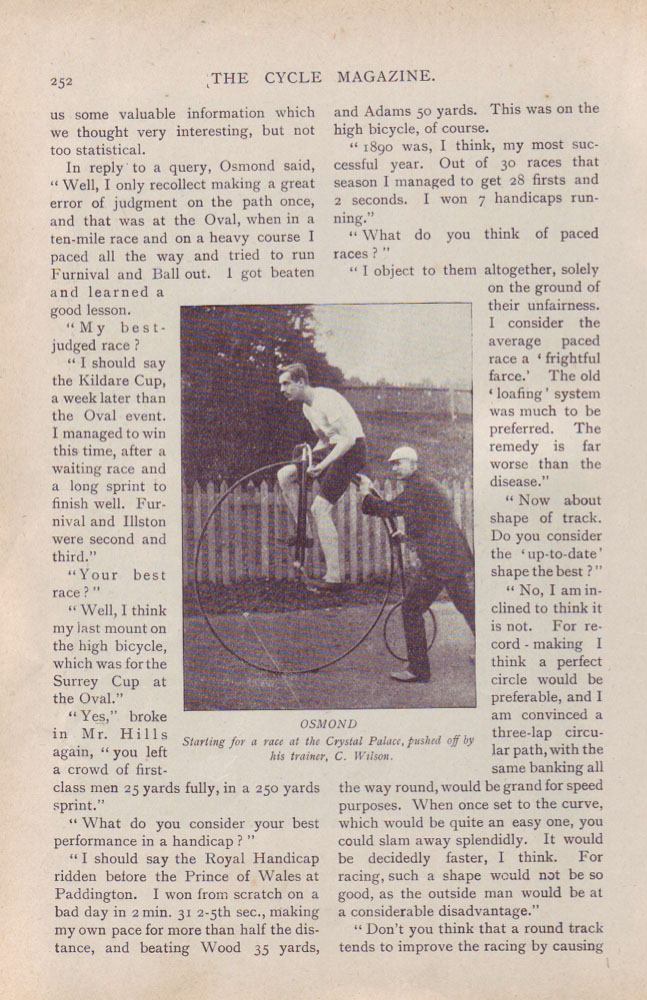 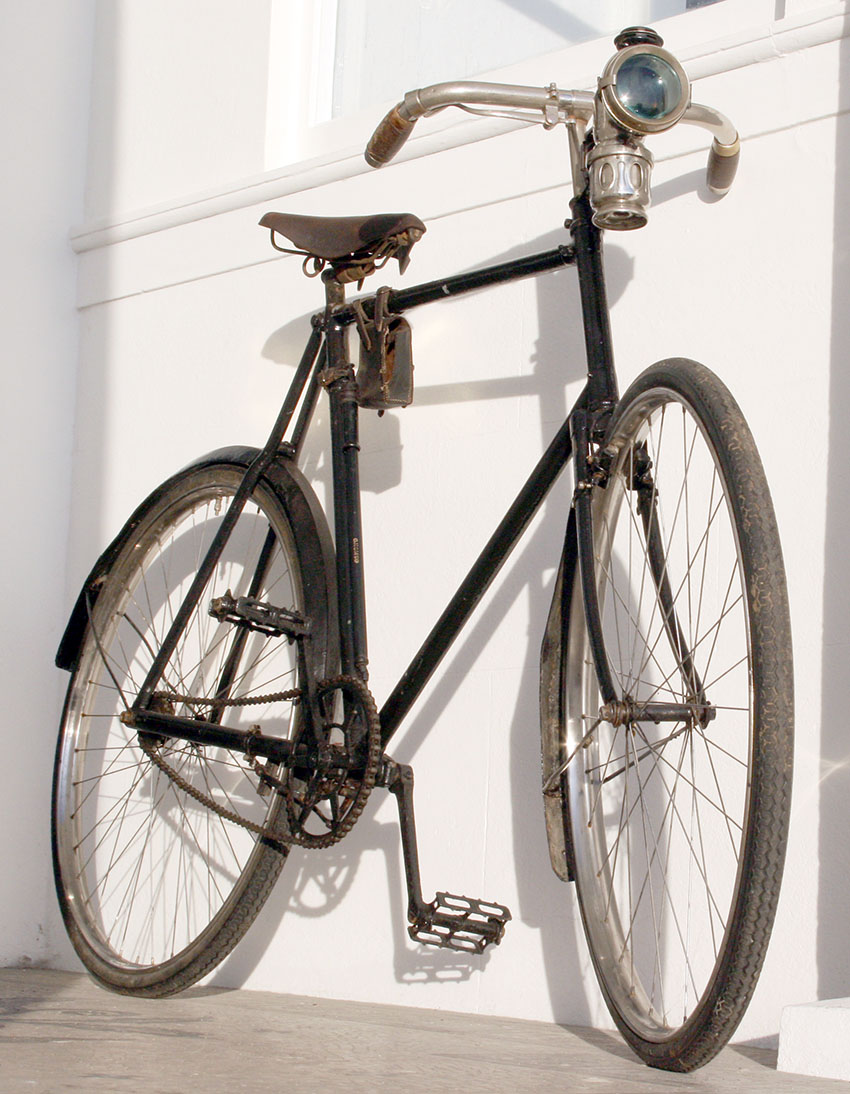 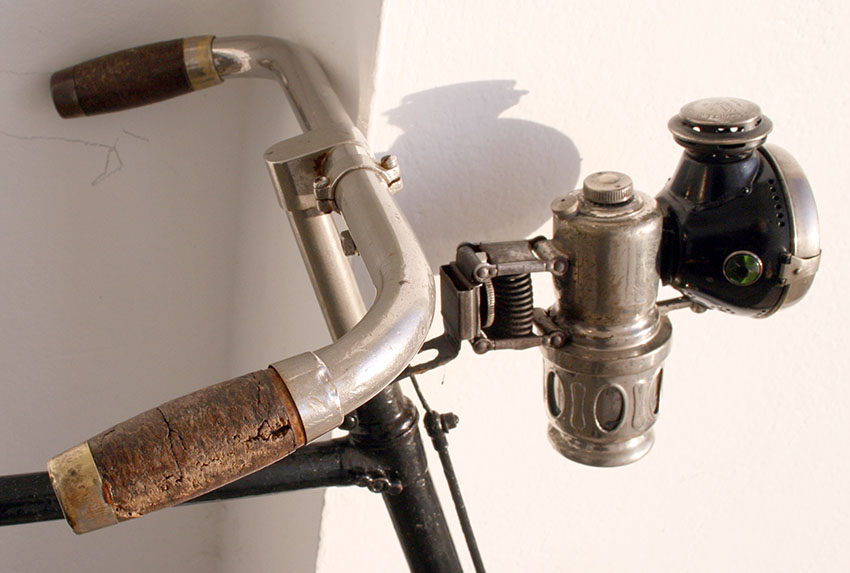 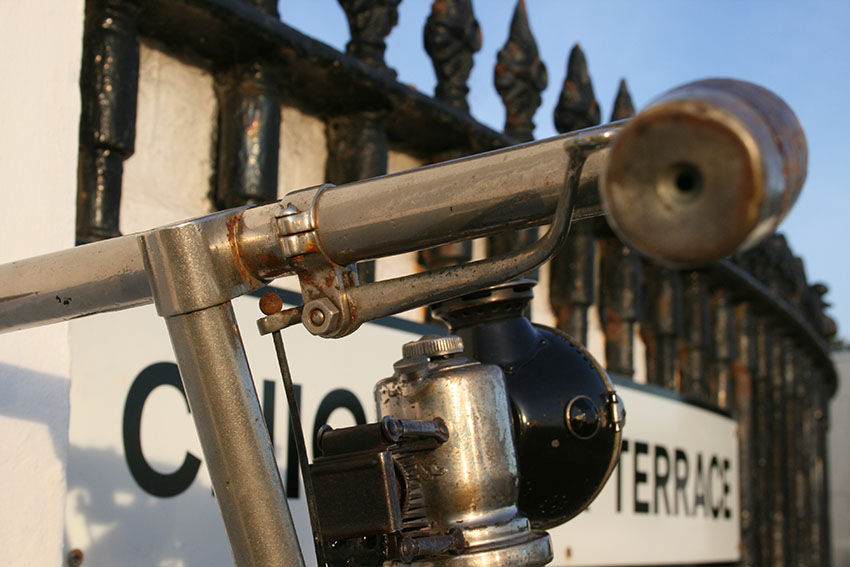 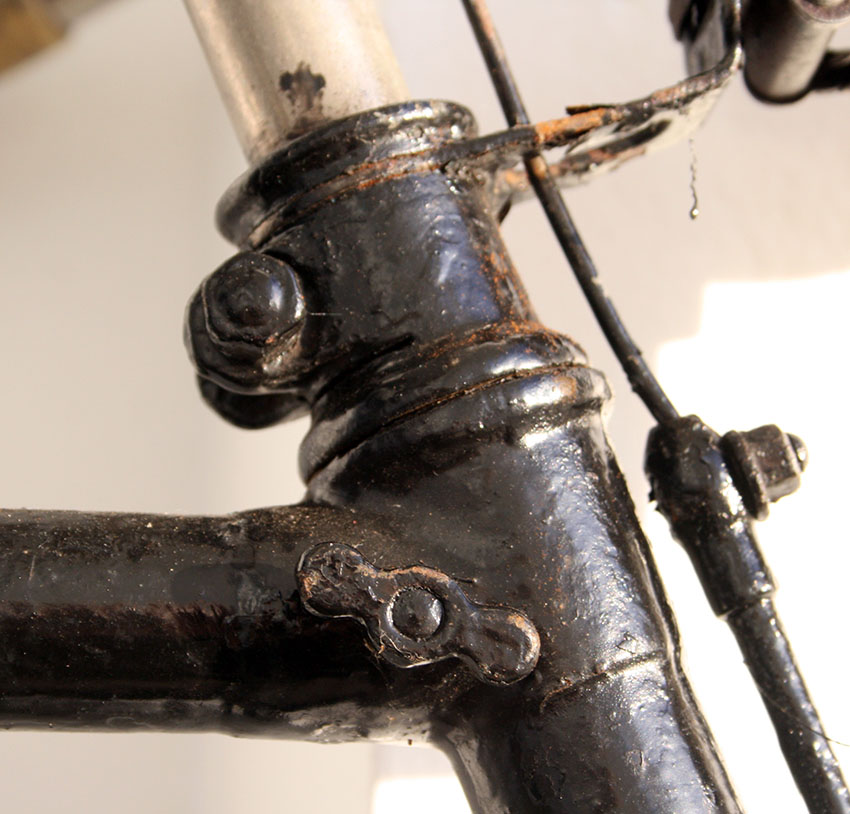 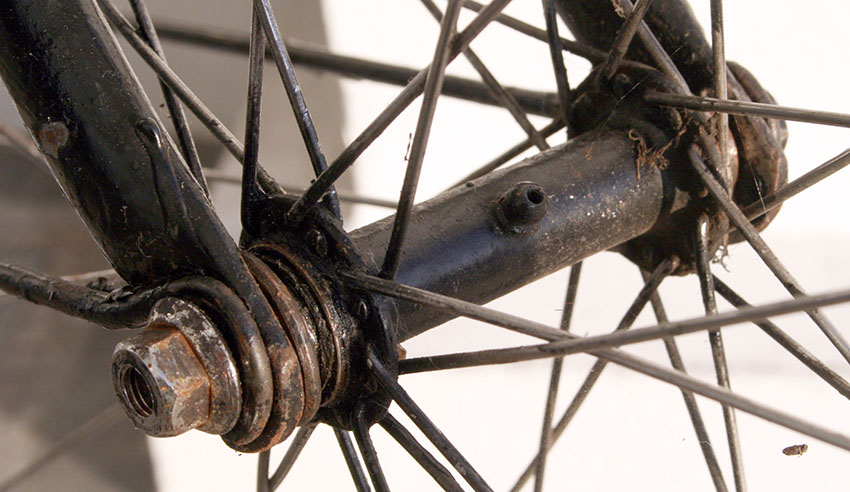 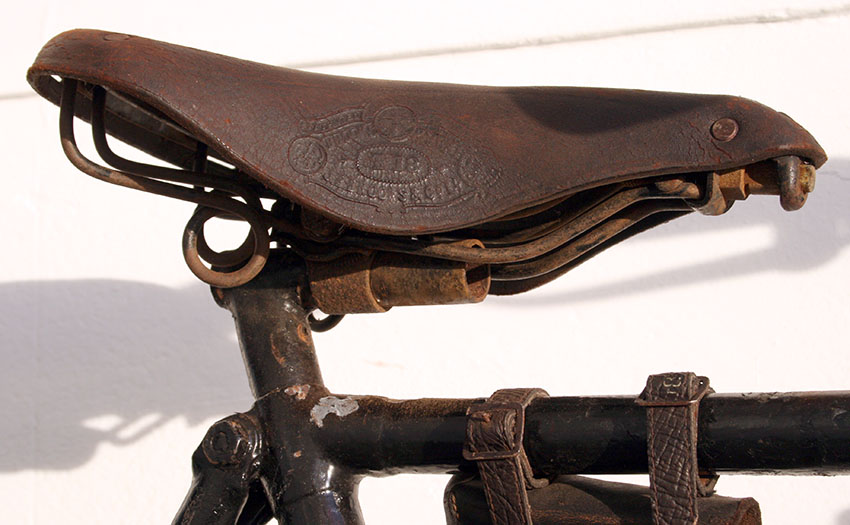 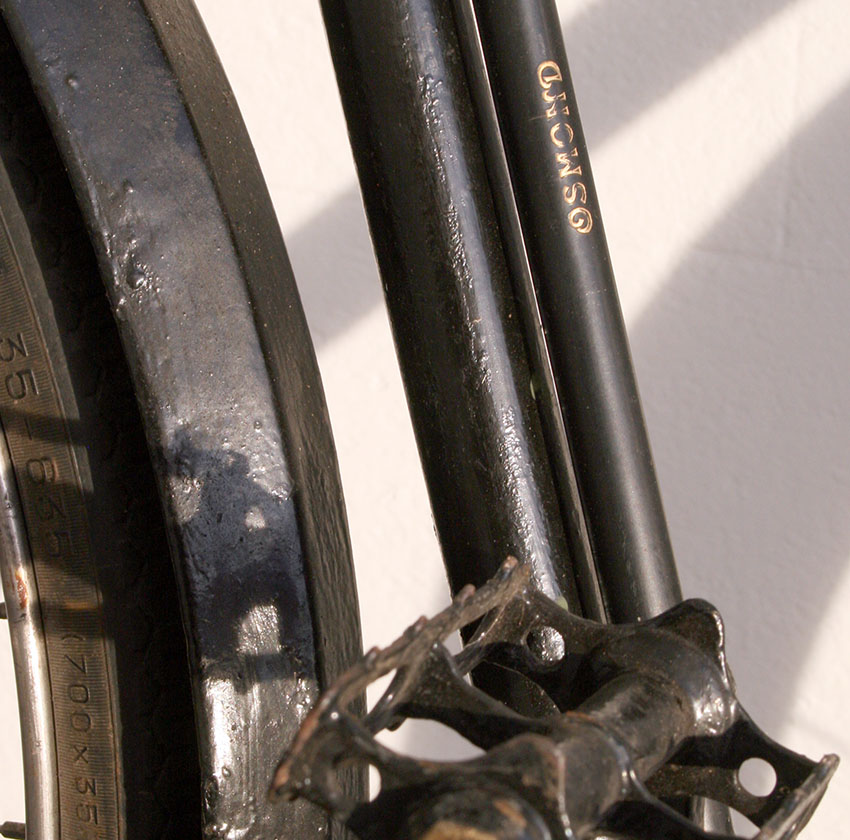 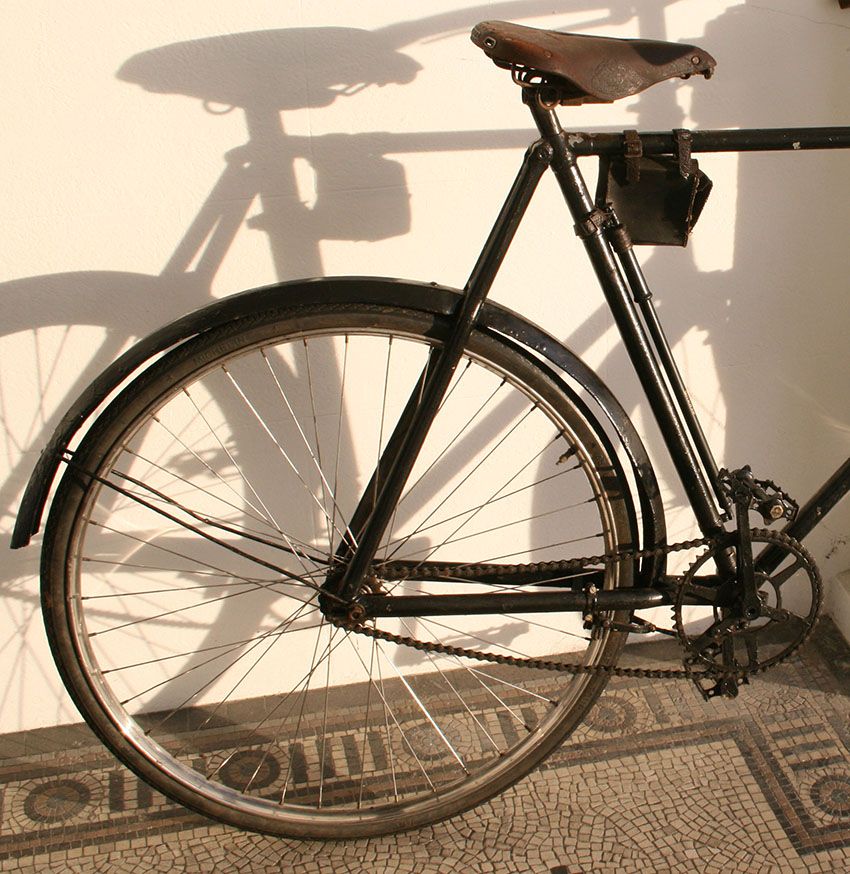 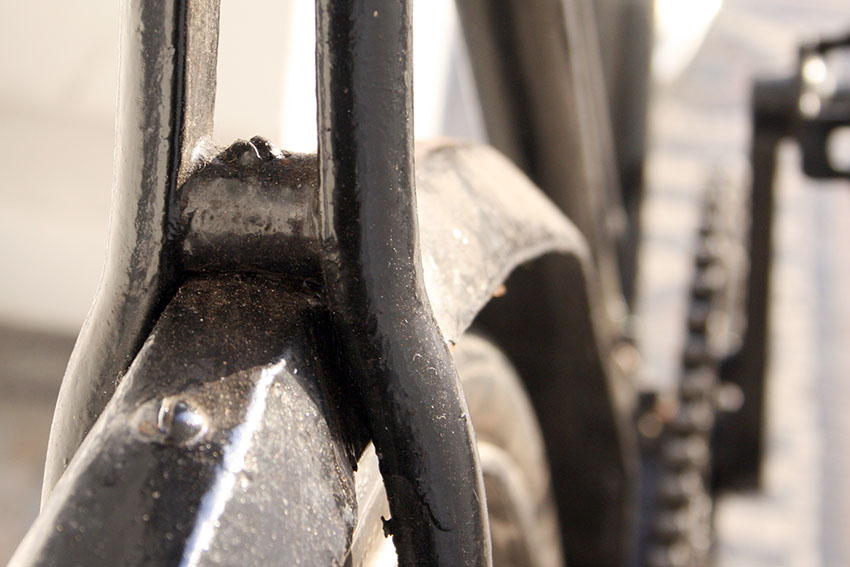 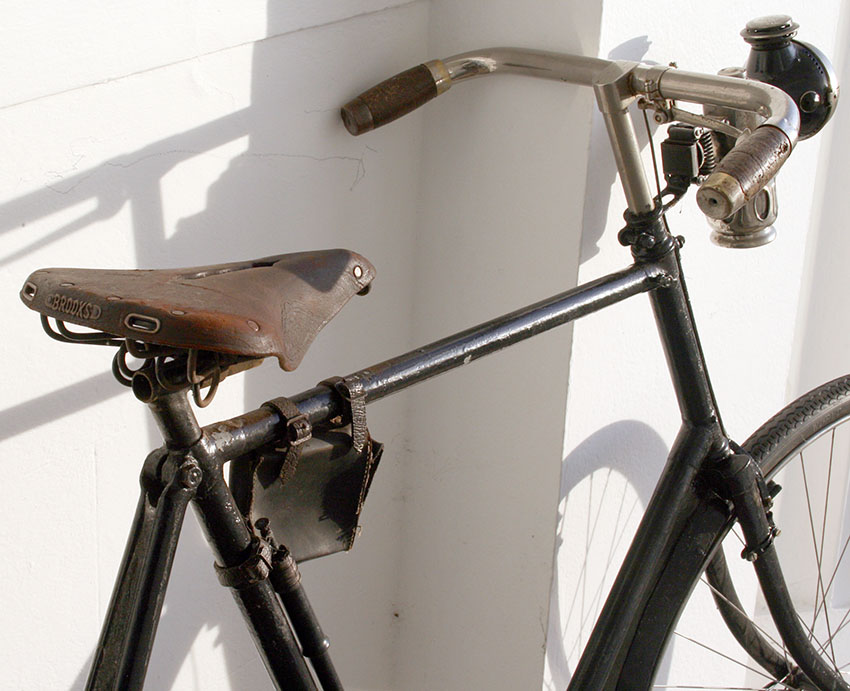 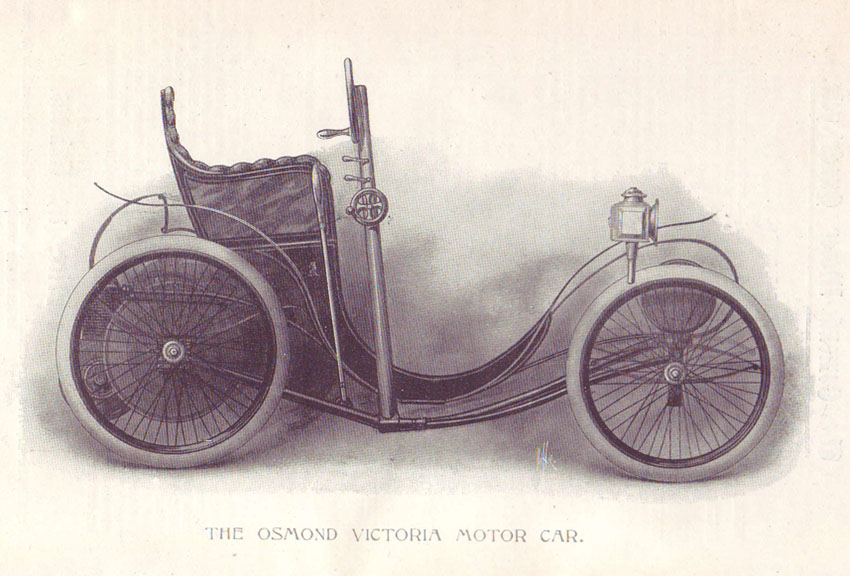 Osmond history with thanks to –

‘Adjustable Spanner: History, Origins and Development to 1970’ by Ron Geesin