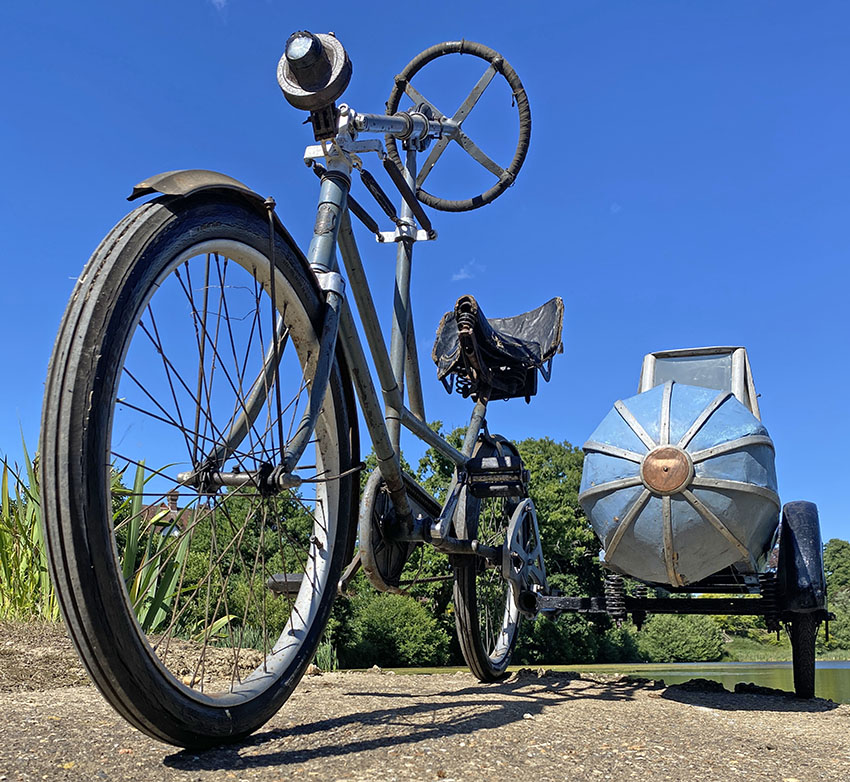 This earliest model of Mochet’s recumbent ran for only one year. It was so low-slung that it was hard to ride so the riding position was altered in 1933. In the Mochet catalogue it was named a ‘Velo Velocar’ (V.V), but for the first year it was actually known only as a Velocar, bearing the same name as Mochet’s four wheeler.

The machine was so radically diverse that the cycling press loved it. Unfortunately, the racing fraternity disliked it intensely …because it was too fast! It was banned from events, and debates took place over whether it could even be considered a bicycle.

Items in this Collection 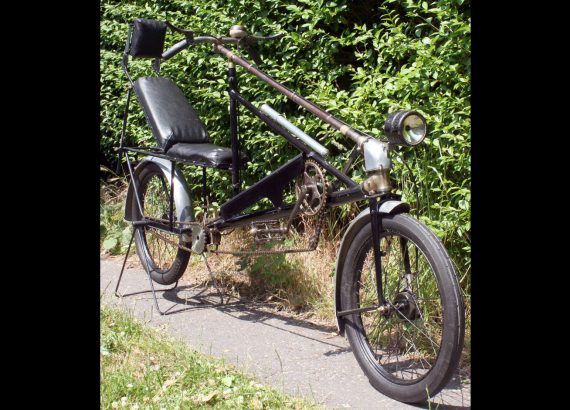 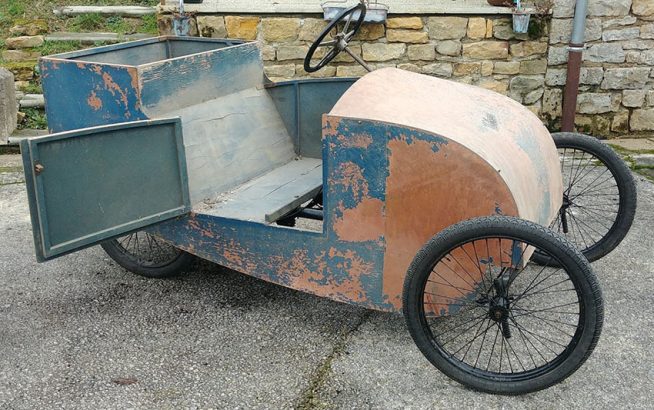 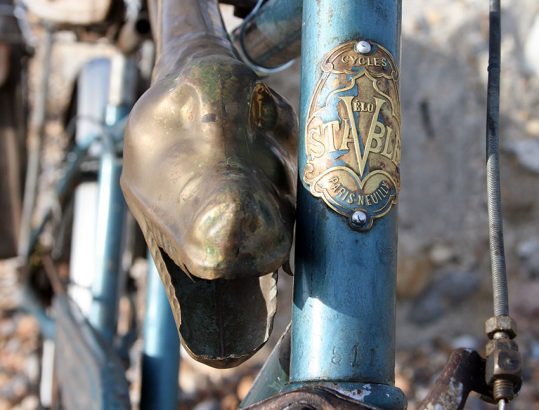 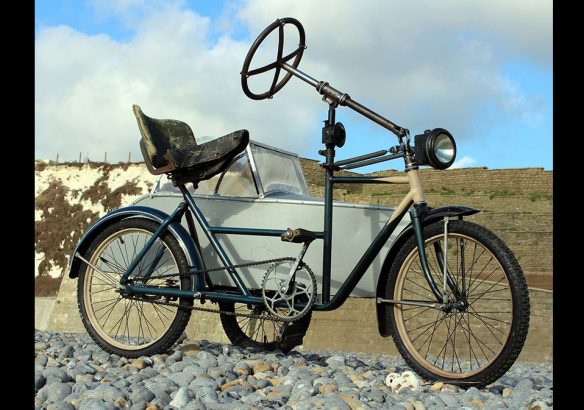 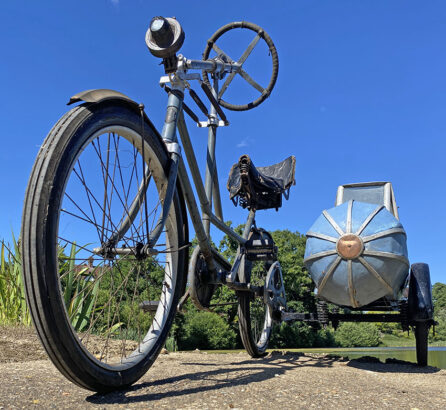 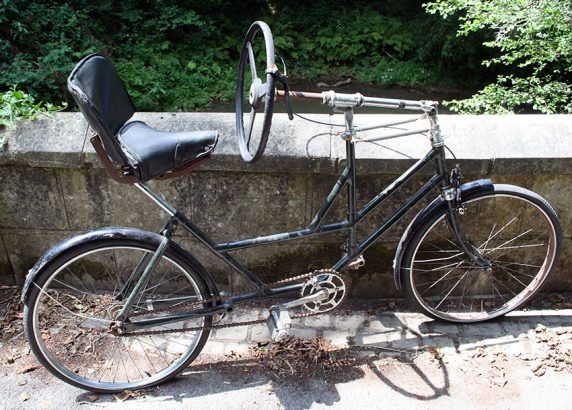 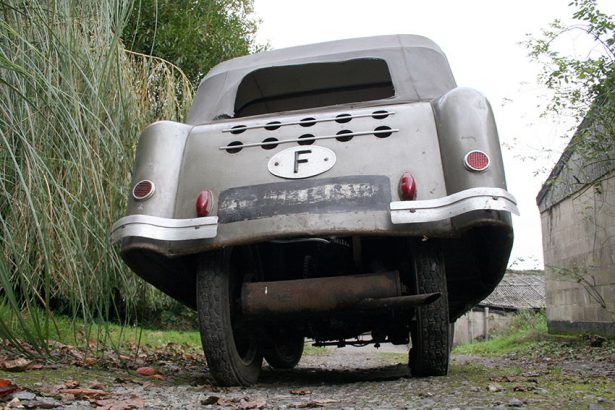 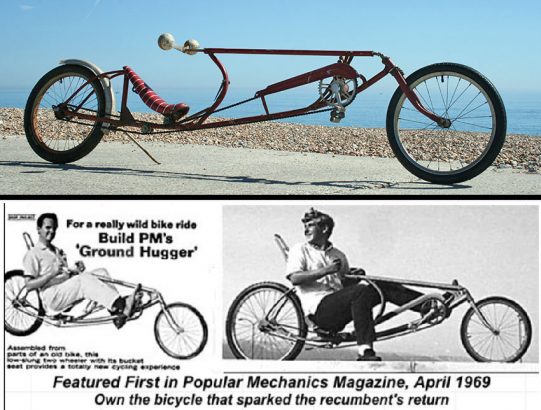