This splendid machine was first introduced in 1904 after a long series of experiments and trials, and was intended to compete in price with the unreliable machines of obscure jobbers and builders. Its success has been unprecedented, due to the fact that Ladies for the first time had offered to them a machine fully guaranteed in every detail including tyres, light and highly finished, at a price with the reach of every purse. Since its first introduction, experience has enabled us to add great improvements in detail and finish, and the large sale it has met with enables us to make a substanital reduction in the price.

The statement above reveals the difficulties faced by the major cycle manufacturers because of the cheap and poorly-made bicycles that threatened to ruin the cycle market. The immediate solution for companies such as Rudge-Whitworth, Humber, Raleigh, etc was to reduce prices and provide a guarantee. But some manufacturers went further: instead of using components that were freely available and interchangeable, they made every part of their bicycles themselves so that the parts were unique.

Because nothing on a Rudge-Whitworth bicycle of this era can be installed from another manufacturer, when you come across one of these bikes now, over a century later, it’s important to ensure that the bicycle is complete and retains all its original parts. Luckily, this one is original.  I particularly like the Rudge-Whitworth ‘hand’ logo that appears on the oilers for the front hub and bottom bracket.

This Rudge-Whitworth Crescent retains its original transfers (decals) and has excellent nickel wheels, cranks and handlebars. The paintwork has been touched up in places. The box lining looks like it was repainted many decades ago. The Sturmey-Archer ‘Model A’ gears date from 1914. In my opinion this Rudge-Whitworth remained unsold until WW1, at which time it was sold with the earlier style of mudguard (not extended) due to a shortage of parts. There was a high demand for ladies’  bicycles during the war, because factory workers had to commute, often at night, to locations where there was no public transport. 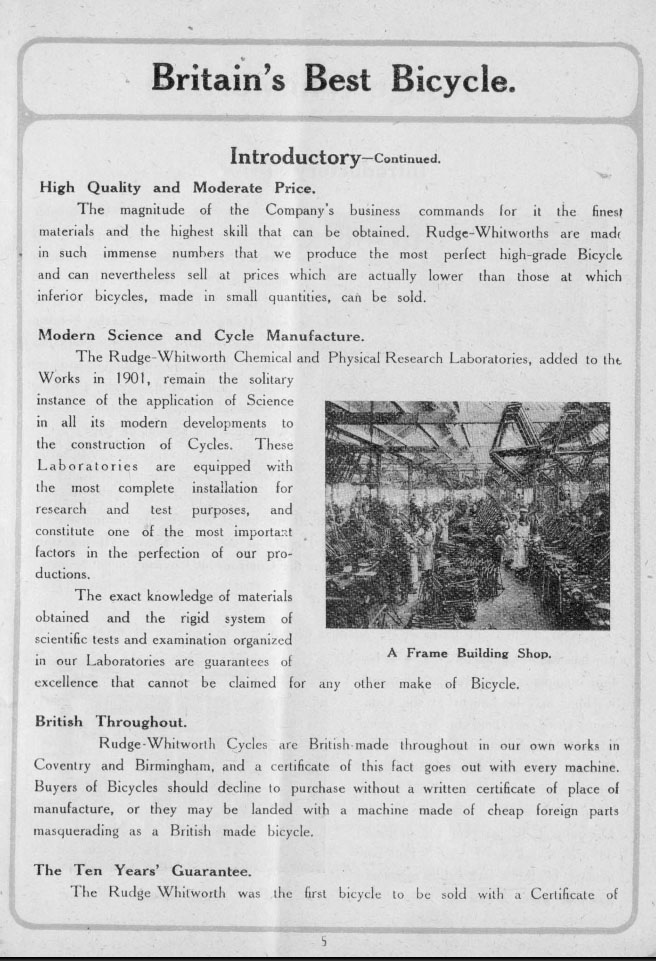