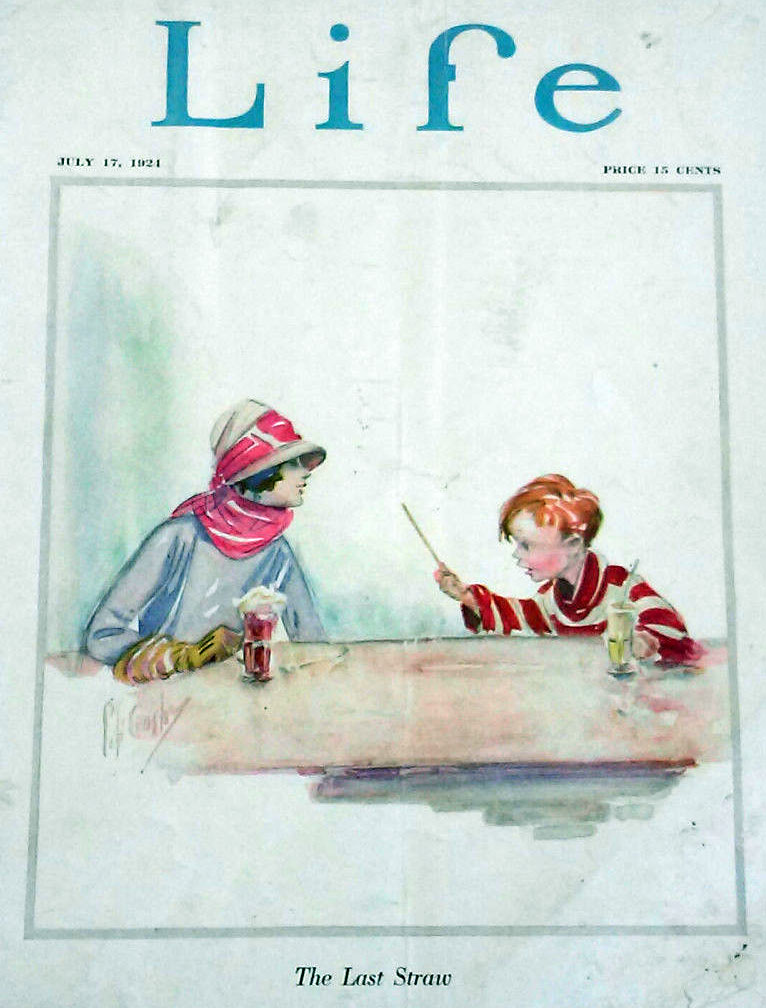 Skippy was an American comic strip written and drawn by Percy Crosby and published from 1923 to 1945. A highly popular, acclaimed and influential feature about rambunctious fifth-grader Skippy Skinner, his friends and his enemies, it was adapted into films, a novel and a radio show.

An early influence on Charles Shultz and an inspiration for his ‘Peanuts,’ Skippy is considered one of the classics of the form. In ‘Vanity Fair,’ humorist Corey Ford described it as ‘America’s most important contribution to humor of the century,’ while comics historian John A. Lent wrote, ‘The first half-century of the comics spawned many kid strips, but only one could be elevated to the status of classic… which innovated a number of sophisticated and refined touches used later by Charles Schulz and Bill Watterson.’ Comics artist Jerry Robinson said: “Nothing like Skippy had ever been seen before in the comic strips. It was not just Skippy’s expert draftsmanship or remarkable flair, although that artistry earned its creator a reputation as ‘the cartoonist’s cartoonist.’ The brilliance of Skippy was that here was fantasy with a realistic base, the first kid cartoon with a definable and complex personality grounded in daily life.”

Skippy’s creator, Percy Crosby, retained the copyright to his character, which was unusual at the time. Such was the popularity of the comic strip that at one point he was earning around $2,500 a week …more than the US President. The novel was published in 1929, and there were also Skippy dolls, toys, board games, commemorative plates and product endorsements. Jackie Cooper starred in the 1931 Skippy film, which was nominated for four Academy Awards.

From 1933, American National Co used the Skippy name for a complete range of their products, including bicycles, tricycles, scooters, pedal cars, coaster wagons and sleds.

Rosefield Packing Co also used the Skippy trademark for its peanut butter in 1933, but this was a blatant copyright infringement. In 1922, Joseph Rosefield had developed a process to hydrogenate peanut oil. This kept oil from separating from peanuts, which meant that peanut butter could be fresh for months. Rosefield licensed his process to Swift & Co. who in turn had a hit with its ‘Peter Pan peanut butter.’ In 1933, Rosefield Packing Co cashed in on the Skippy popularity by using the name. Rosefield even replicated the fence image used for the comic’s titles as a key part of their branding. Although Crosby’s lawyers litigated and won, the food company ignored the ruling and continued to use the Skippy label.

Unfortunately for Crosby, his increasingly critical political views had led to an investigation by the tax authorities. He criticised President Roosevelt, J Edgar Hoover, and stood up to organized crime by penning editorials about Al Capone. His book A Cartoonist’s Philosophy was so inflammatory that eight publishers rejected it, and Crosby had to resort to self-publishing. By the 1940s, the cartoon strip had become a platform for his political views, and was eventually cancelled in 1945. The stress eventually took its toll on his personal life, he began drinking heavily, and his wife left him and took their four kids with her. The IRS froze his assets in 1946. Crosby was committed to a mental asylum, where he remained until he died, penniless, in 1964. Conspiracy theorists have since observed that less than a week after Crosby was committed, Rosefield was granted a trademark for their ‘Skippy’ brand. Litigation continued until the 21st century. 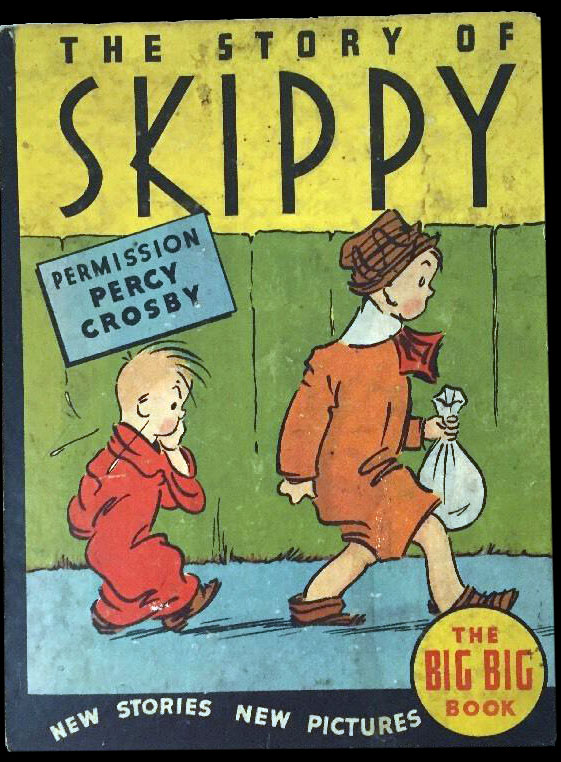 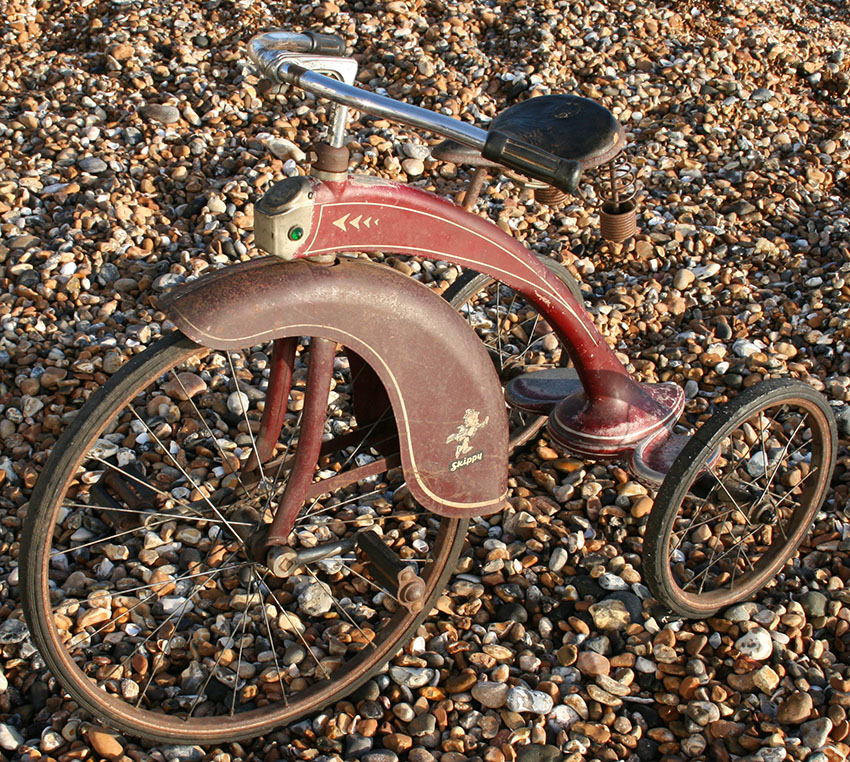 This fabulous Skippy Streamline came from my friend Mark, in America. It’s in superb unrestored original condition and its art deco styling could be compared to a work of art. 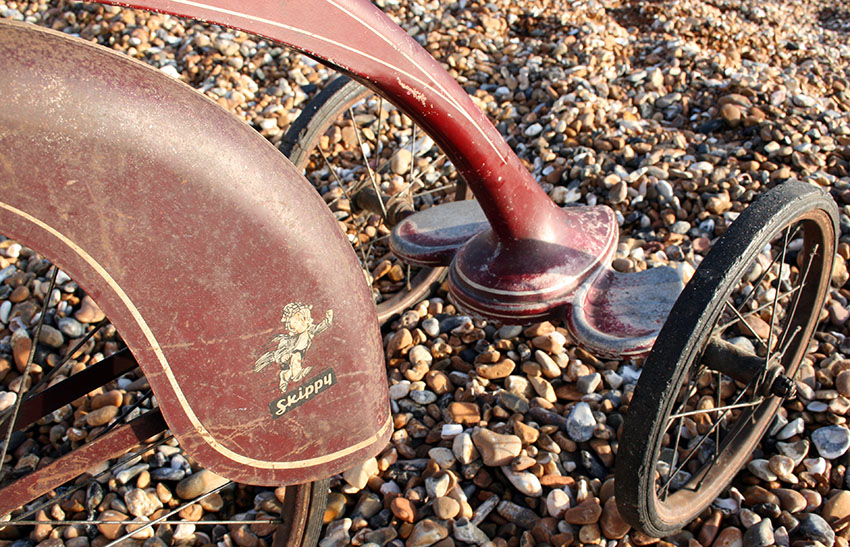 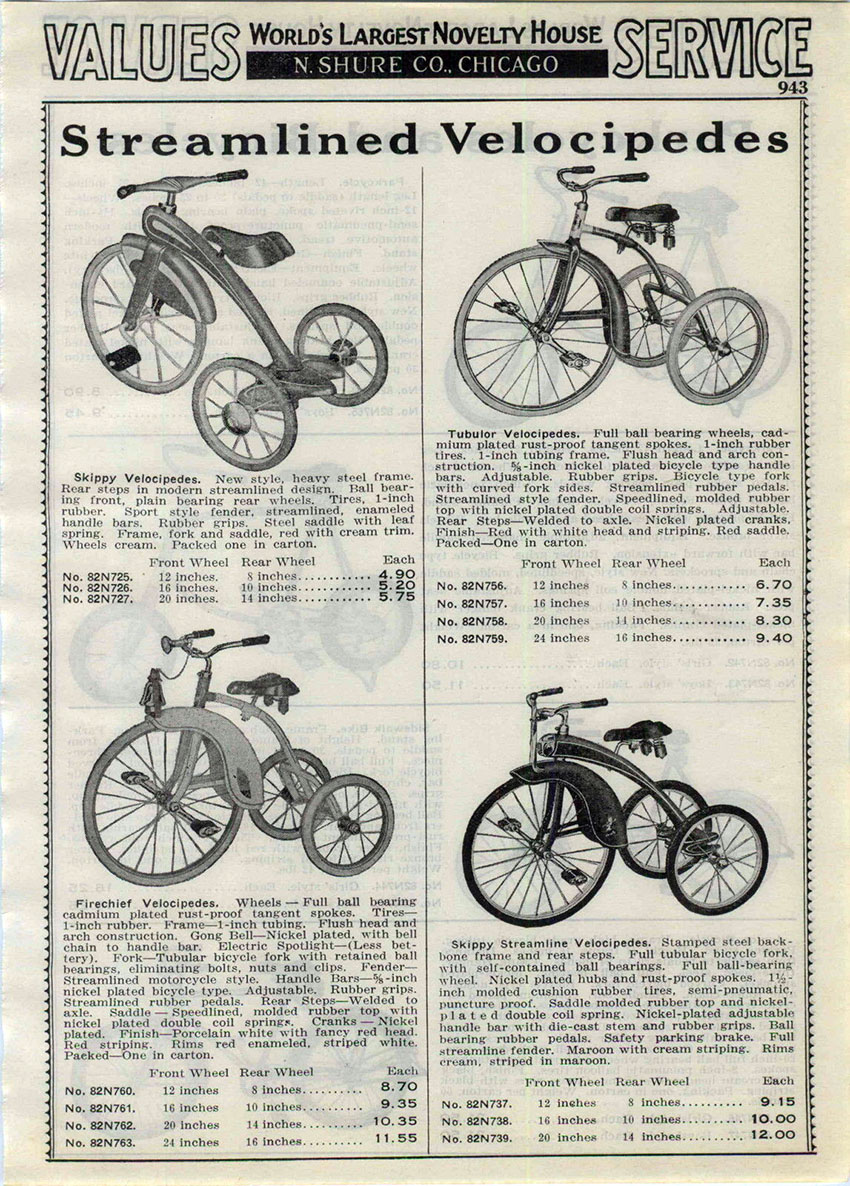 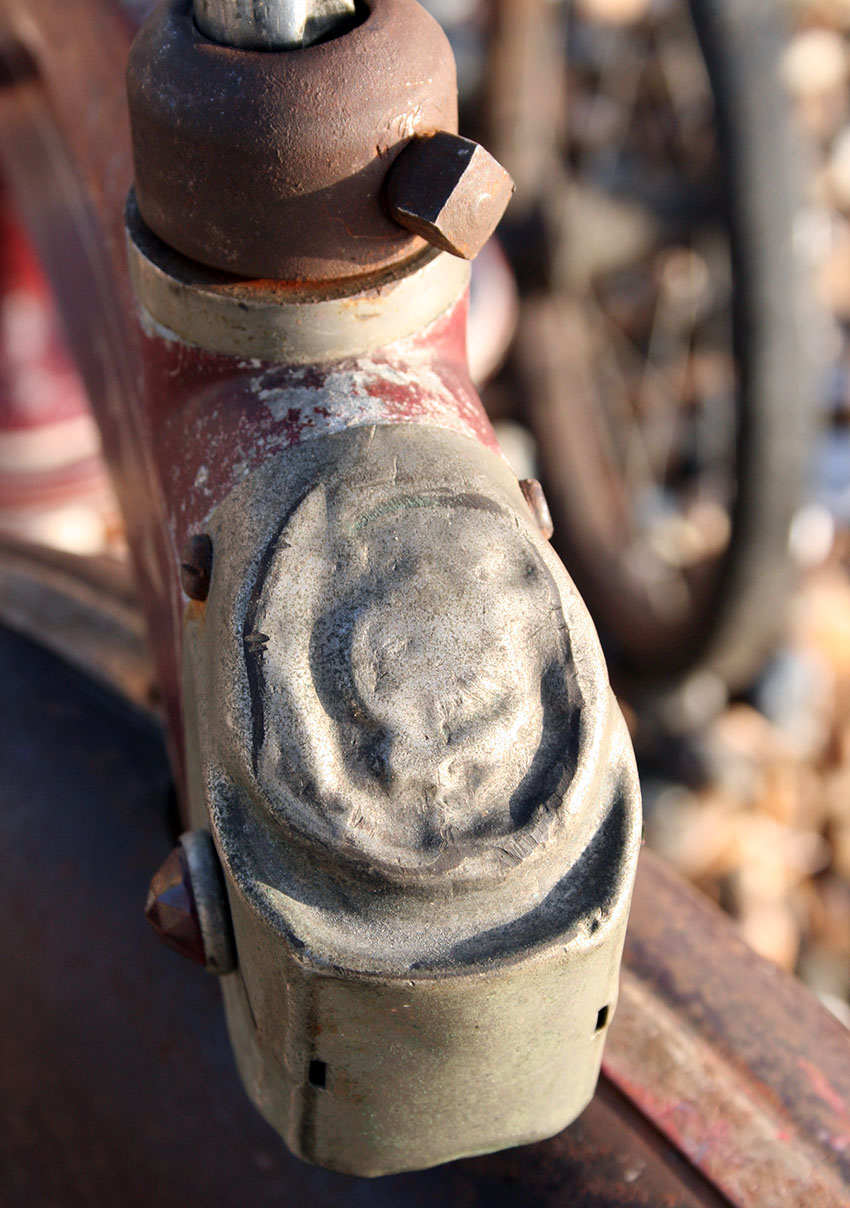 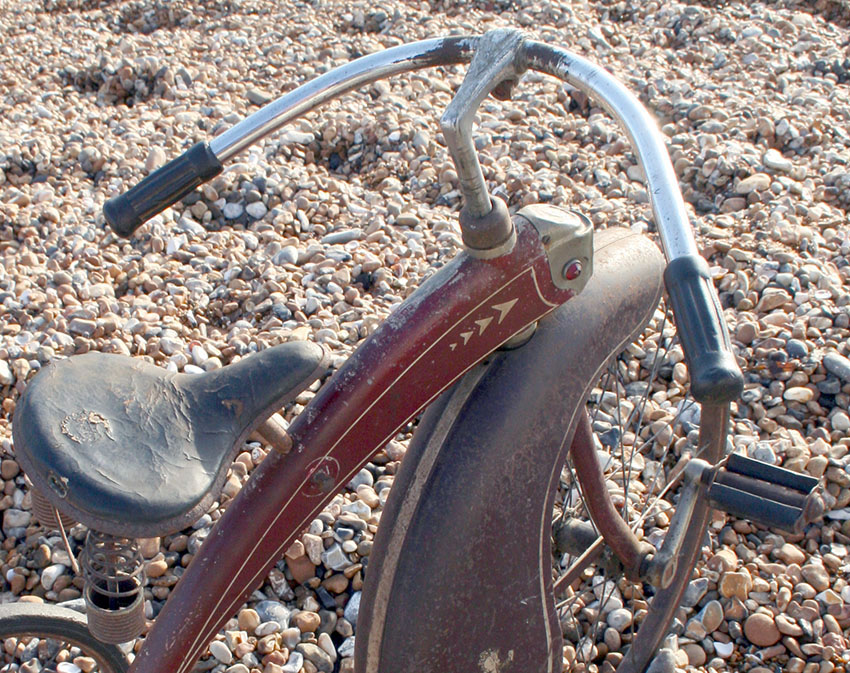 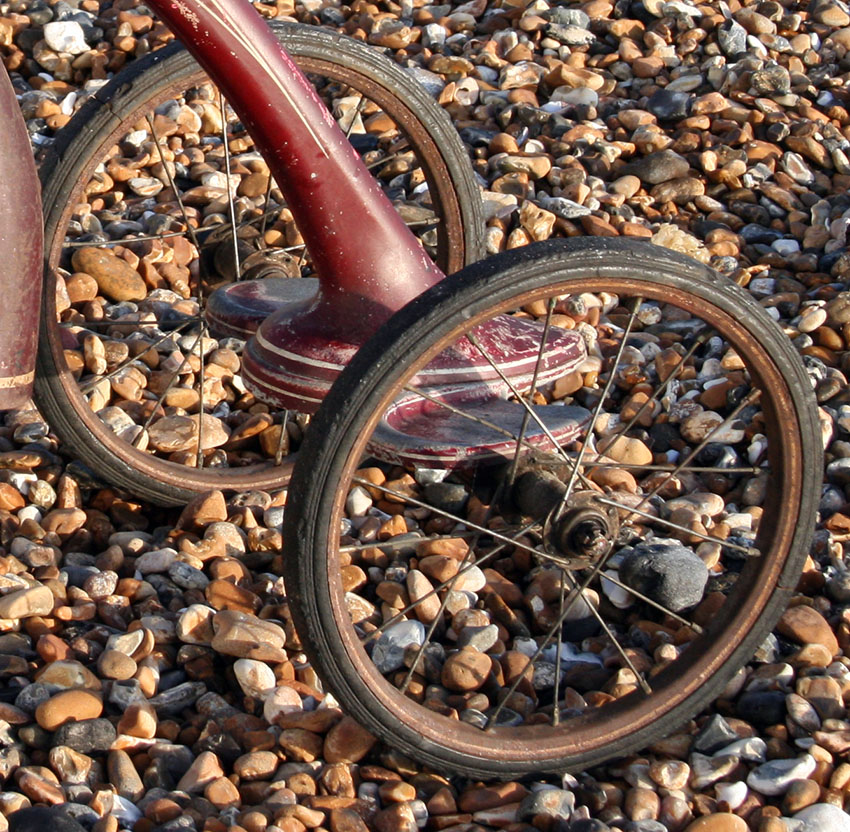 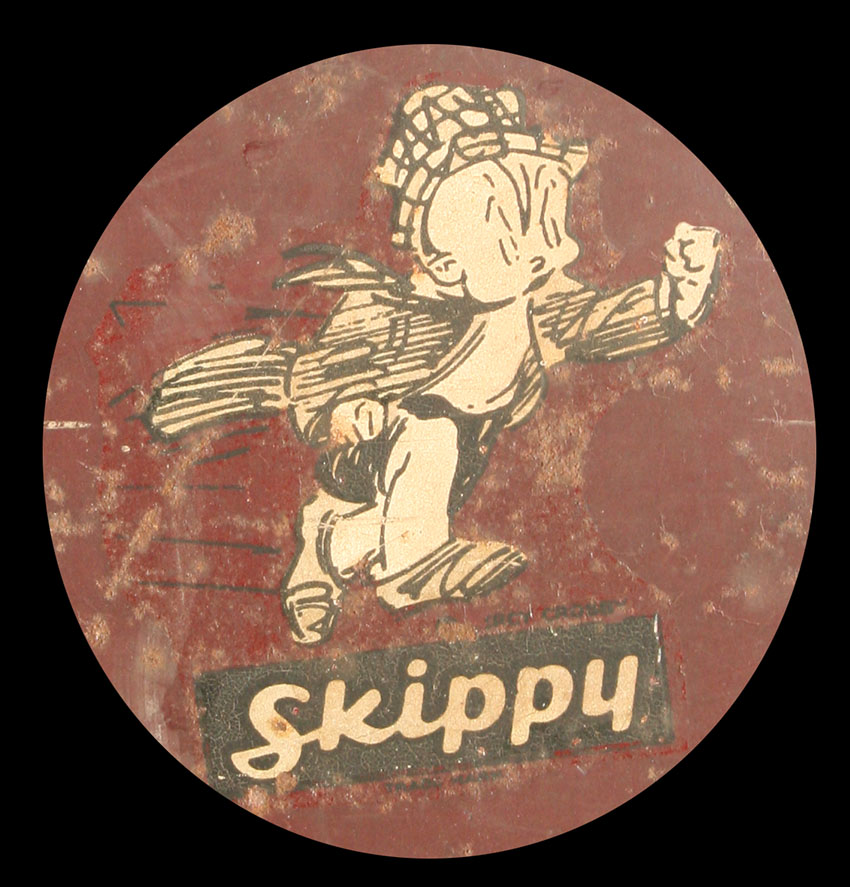 TO READ MORE ABOUT

Skippy info with thanks to – http://webcomicoverlook.com/2012/02/29/know-thy-history-skippy/