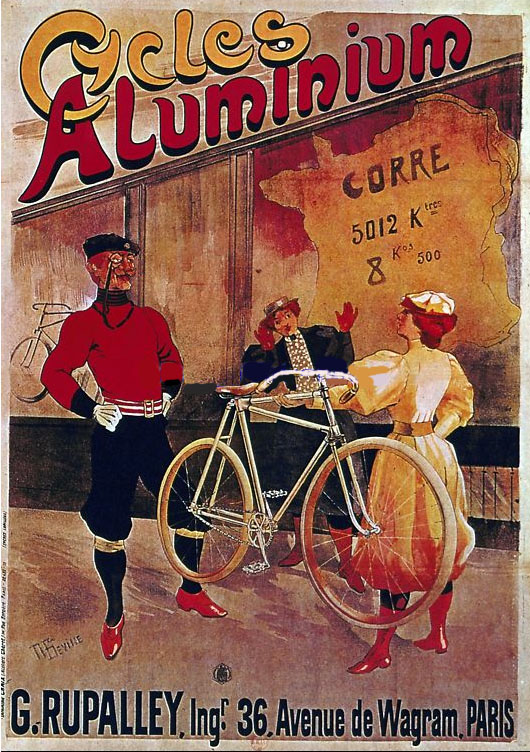 From the earliest days, cycle manufacturers provided racing cyclists with special frames of lighter weight and their racing successes helped to sell the companies’ products to the public who, like the racers, rode fixed wheel machines with minimal braking systems. Racers were prepared to dismount on steep hills. By the turn of the 20th century, however, cycle enthusiasts were starting to ride longer distances, in any weather, and a need arose for machines to suit. In France, these cyclotourists – at the beginning known as the ‘School of St Etienne’ – asked the manufacturers for lightweight bicycles with multiple gears and, by the 1920s, bicycles were built to cater to this market.

In the thirties, some small French firms – ‘constructeurs – started to specialise in custom-built lightweight machines, making perhaps only a few dozen such machines a year that cost the equivalent of three months professional wages. This was the heyday of French styling, when bicycles were treated with the same respect given to works of art. Other companies used similar techniques but managed to reduce the labour-intensive costs to sell their products to a wider market. Duralumin was a practical choice of metal for such machines.

Combined with copper, manganese and magnesium, the strength of aluminium was comparable to steel, and it became popular in the late 1930s in France for building bespoke bicycles. The aluminium frames were not soldered or welded but the tubes are fitted into lugs by screwing, pressing or glueing. As a result, very light weights could be achieved. The weight of this one, for example, is around 11kg / 24lbs. Aviac was one of half a dozen or so French firms who made their name with elegant aluminium machines.

As you can see below, the patent Aviac lugs were created in a distinctive unique style that sets Aviac apart from the few other manufacturers making alumium bicycles. 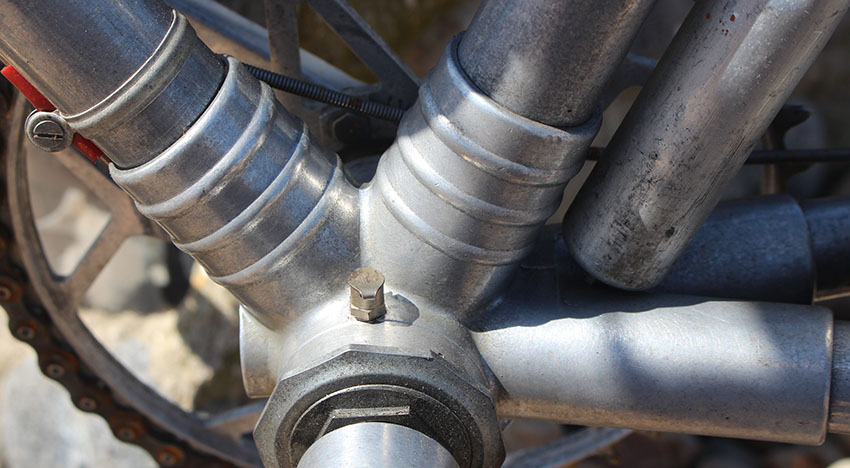 This machine is in excellent all round condition. Both the frame and fork are aluminum. Its size is 54cm – 21.25 inches. Everything has been dismantled, cleaned and greased. The leather saddle is an ‘Ideal’ and the 110mm aluminum stem is a ‘Pivo’. The brake calipers are ‘Gloria’ and it has ‘Mafac-Racer’ brake levers. The cables, brake pads, tires, inner tube, etc are all new. There’s a Stronglight crankset with 3-speed derailleur, a functional ‘Tornado’ aluminum pump and an aluminum luggage rack. The aluminum wheel rims have 36 spokes and the tyres are 650B (26″). It’s ready to ride. 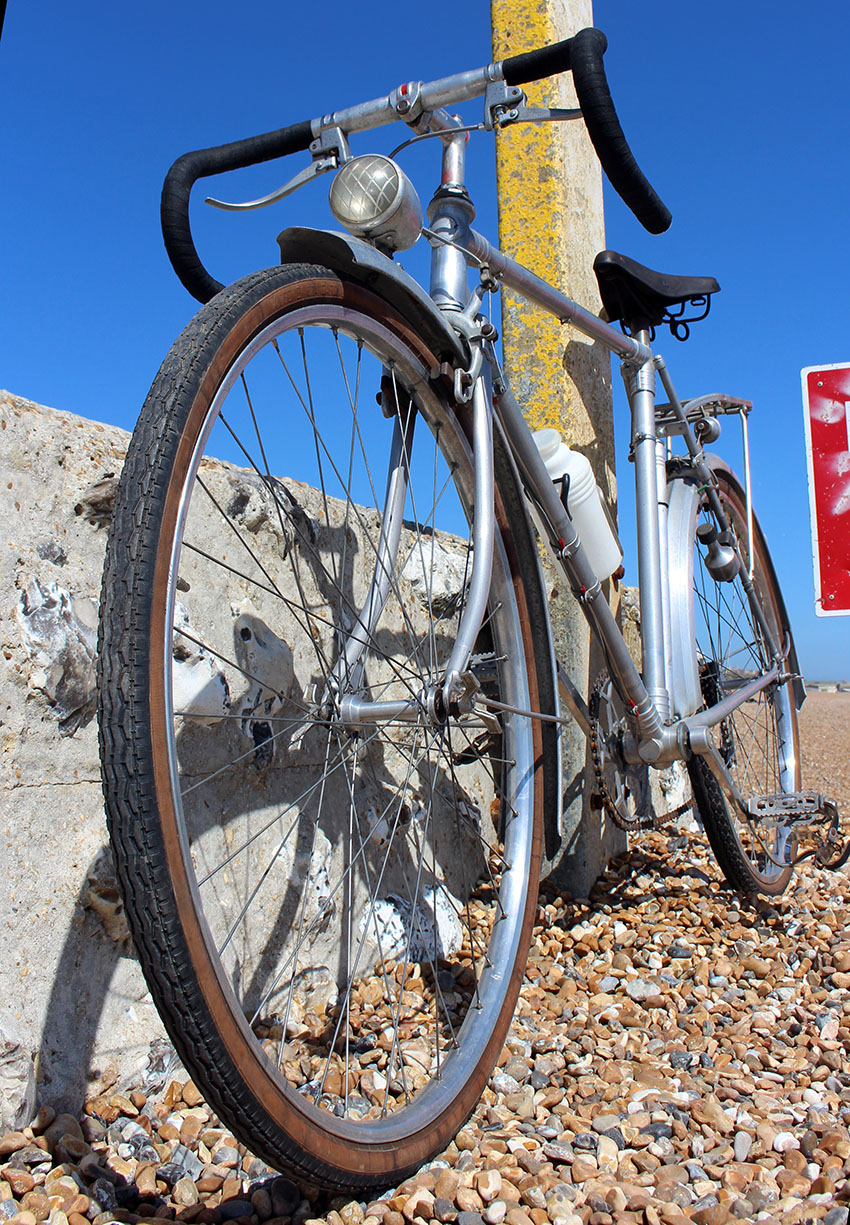 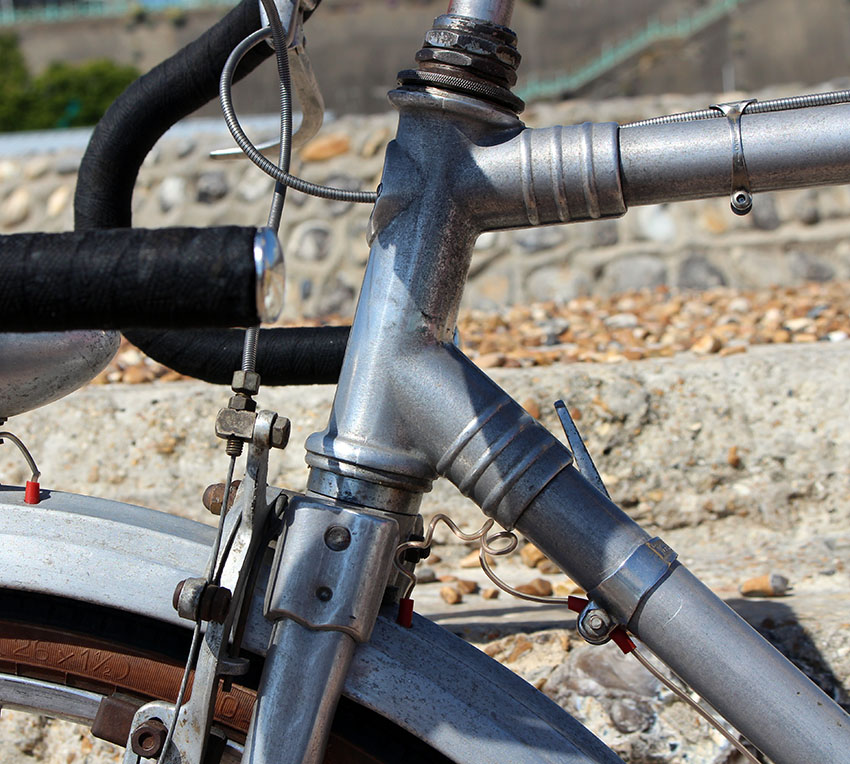 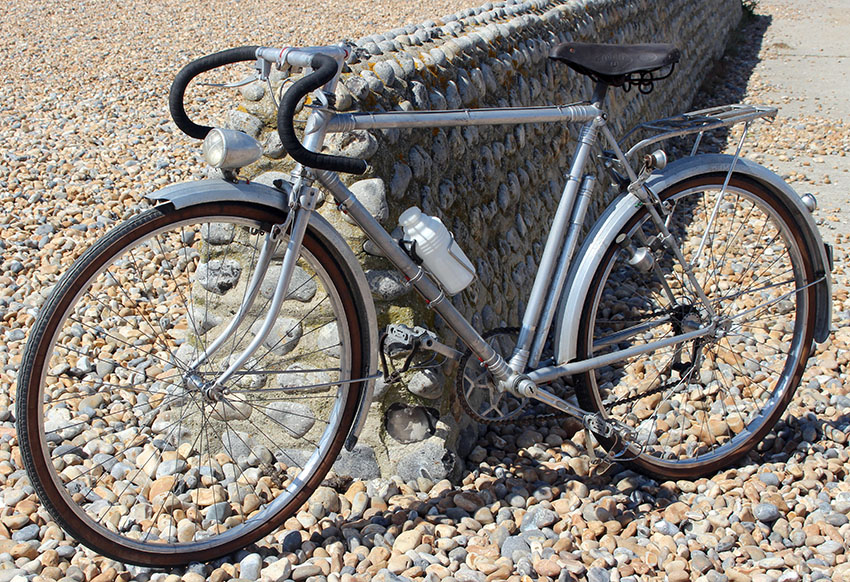 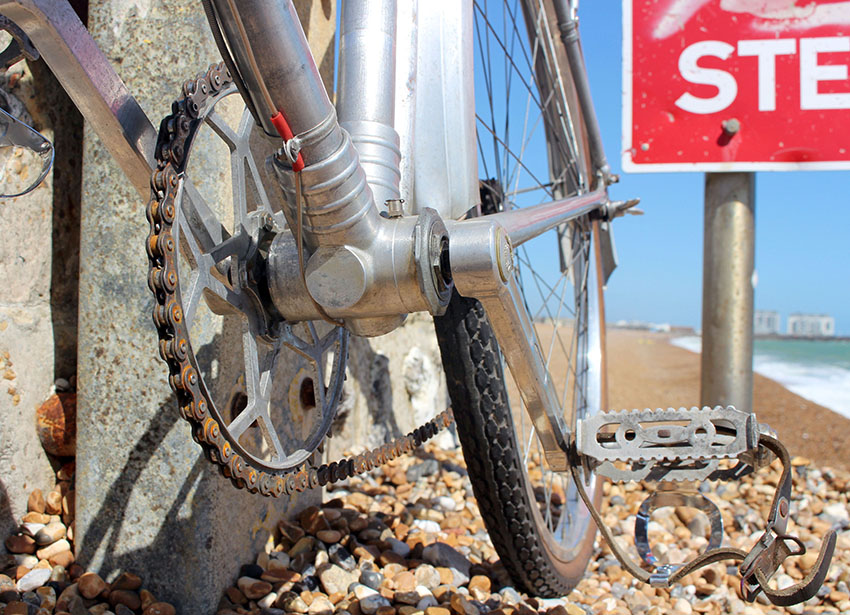 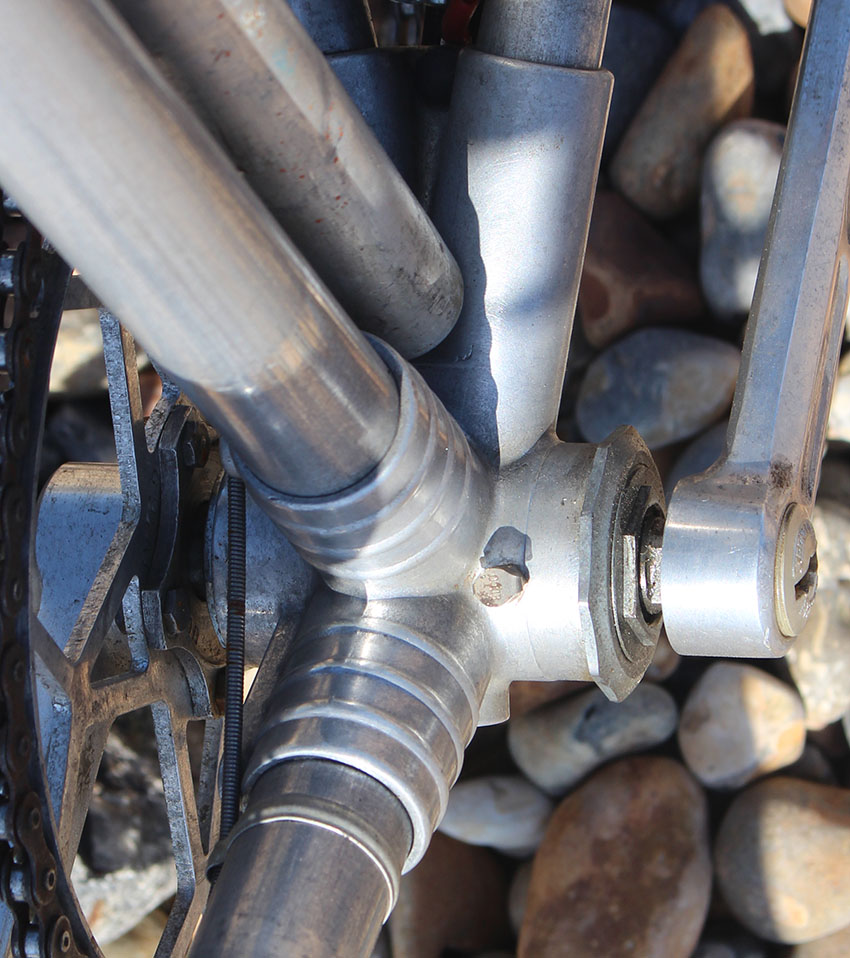 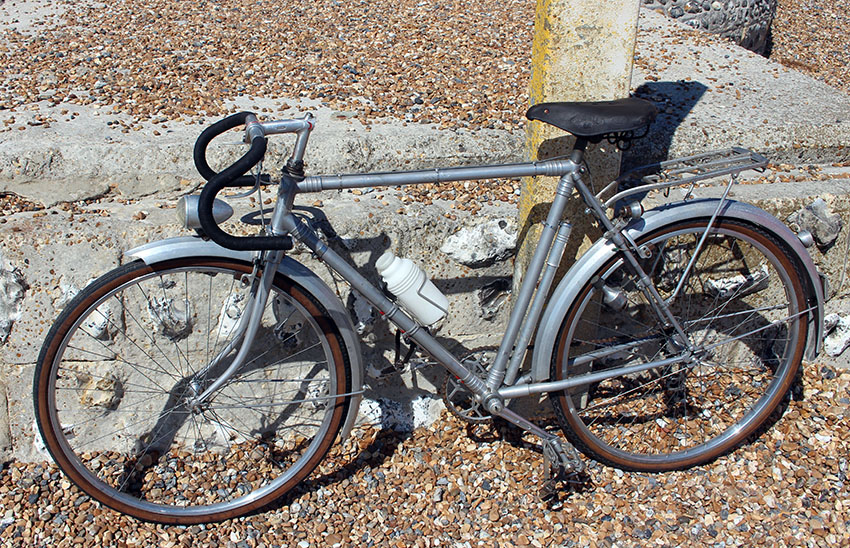 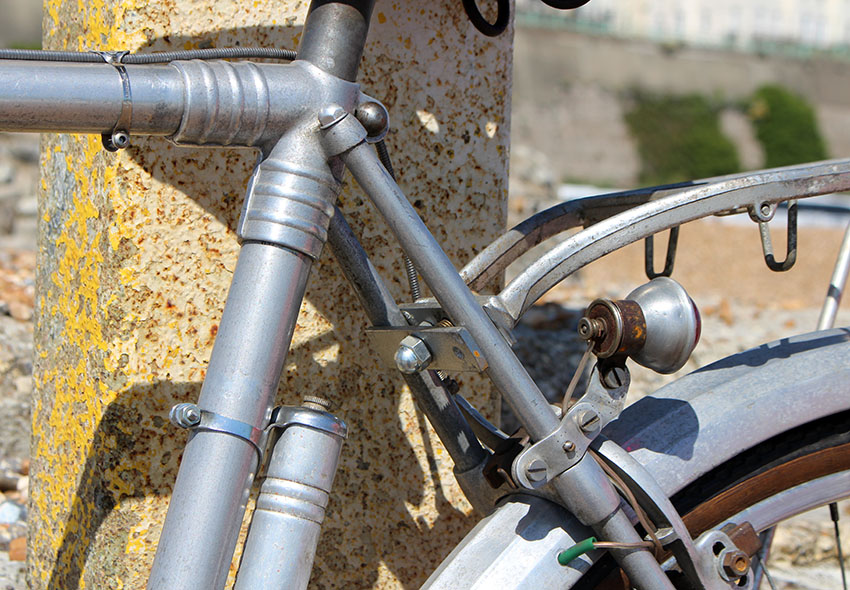 Duralumin: strong, hard, lightweight alloy of aluminum, widely used in aircraft construction, discovered and patented in 1910 by Alfred Wilm, a German metallurgist; it was originally made only at Düren in Germany. The original composition has been varied for particular applications; it may contain about 3 or 4 percent copper, 1/2 to 1 percent manganese, 1/2 to 1 1/2 percent magnesium, and, in some formulations, some silicon. After heat treatment and aging, these alloys are comparable to soft steel in strength.

Duralumin alloys are relatively soft, ductile, and workable in the normal state; they may be rolled, forged, extruded, or drawn into a variety of shapes and products. Their light weight and consequent high strength per unit weight compared to steel suit them for aircraft construction. Because duralumin loses strength in welding, a special laminated sheet form called Alclad is used for aircraft construction; it has thin surface layers of pure aluminum or a corrosion-resistant aluminum alloy covering the strong duralumin core. 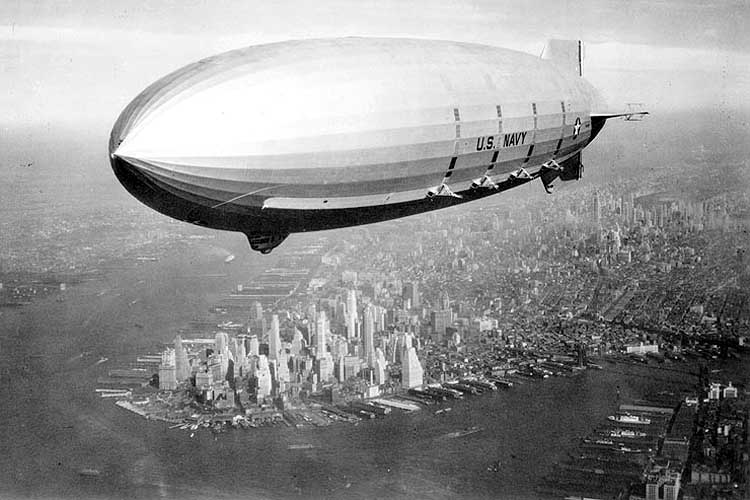 When the great airship Hindenburg crashed in Lakehurst New Jersey in May of 1937. It was the death knell to the Dirigible. The great fire and blaze that was created when she exploded and burned cost the lives of 35 people. Oddly enough much of the ship burned and much of the fabric that surrounded the frame of the vessel was lost. But surprisingly, more than what you would imagine survived. I have seen many pieces of the Hindenburg and seen a lot of fabric from her. Plus even more widely found was much of her duralumin. This was the material that the frame of airships were made from. A very light alloy and as light as a feather. It was the material that would allow the airship program to exist in all the countries that had one. *

Caminargents were top-of-the-range aluminium bicycles; with their distinctive octagonal tubes and ornate cast lugs they were expensive to produce. Mecadural frames filled a gap in the market for those who couldn’t afford Caminargents. The combination of components used was at the discretion of the assembler. This style of aluminium bicycle was made between the 1930s and 1950s, constructed from Alumag (a brand of aluminum-magnesium alloy) tubing held in place in the lugs by internal expanders. Duralumin is twice the strength of aluminium, despite being light in weight, and was originally designed for use in Zeppelin airships and early aircraft.

The Hindenburg had a duralumin structure, incorporating 15 Ferris wheel-like bulkheads along its length, with 16 cotton gas bags fitted between them. In 1931 the Zeppelin Company purchased 11,000 lbs of duralumin salvaged from the wreckage of the October 1930 crash of the British airship R101, which might have been re-cast and used in the construction of the Hindenburg.

Although aluminium bicycles were in use since the late 1890s, the Hindenburg disaster led to a surplus of duralinum, influencing its increased use in bicycle manufacture. After WW2, when steel use was reserved for export products, aluminium was more affordable and became the lightweight and tough material of choice for bicycle frames, especially in France. 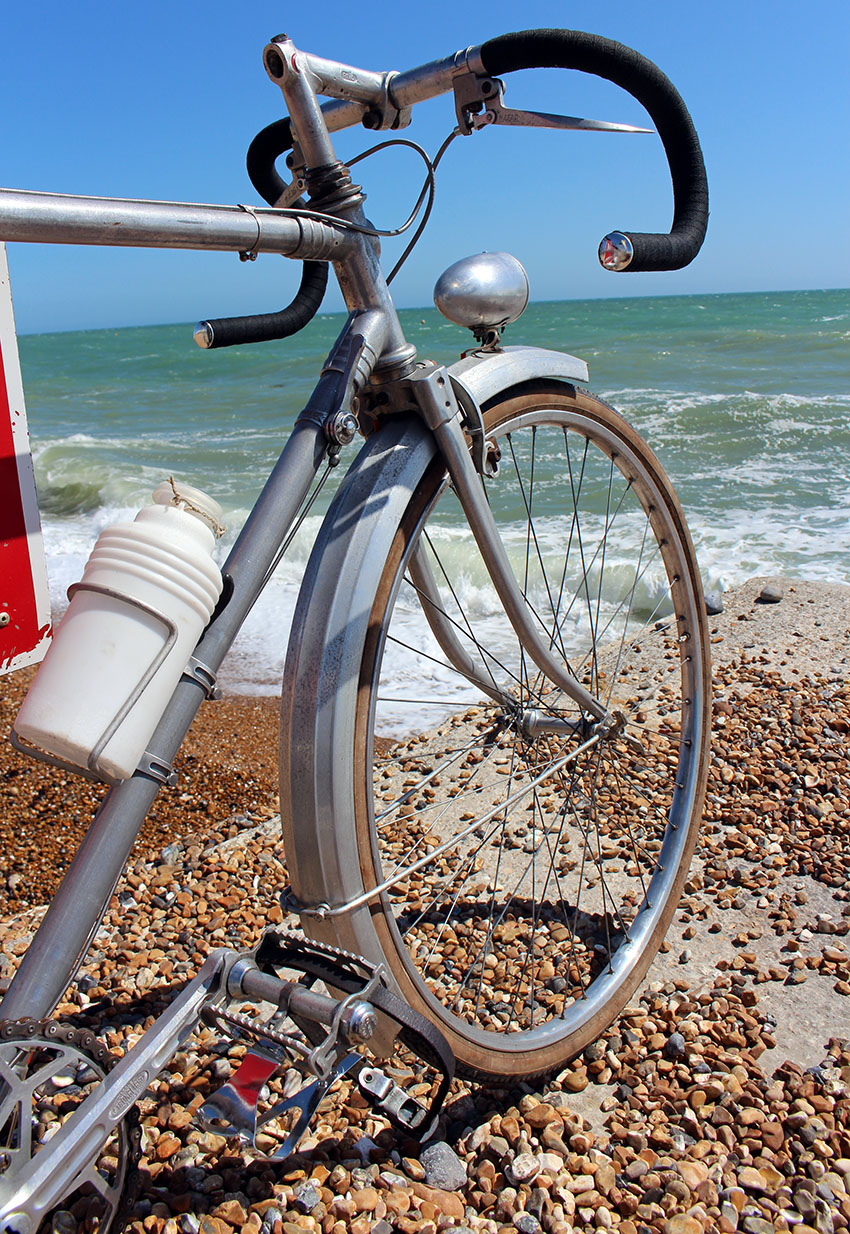 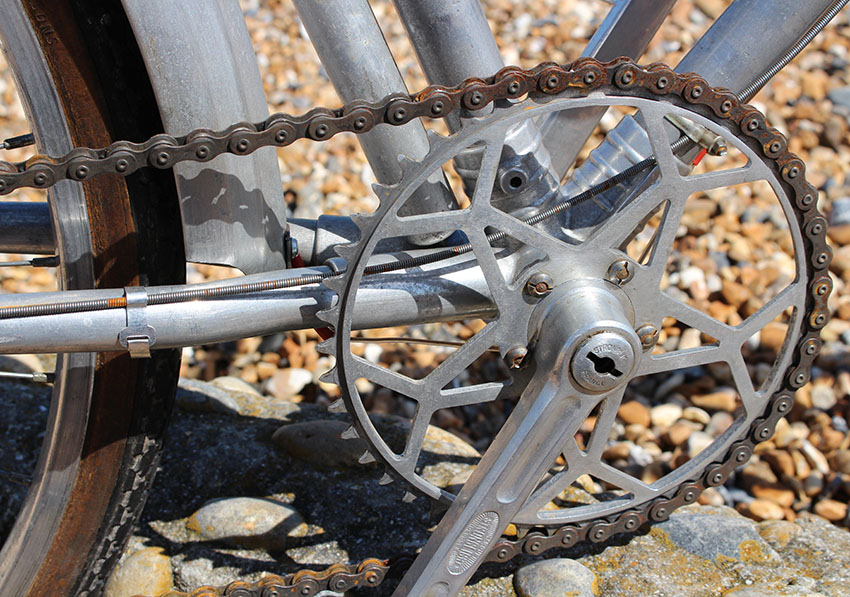 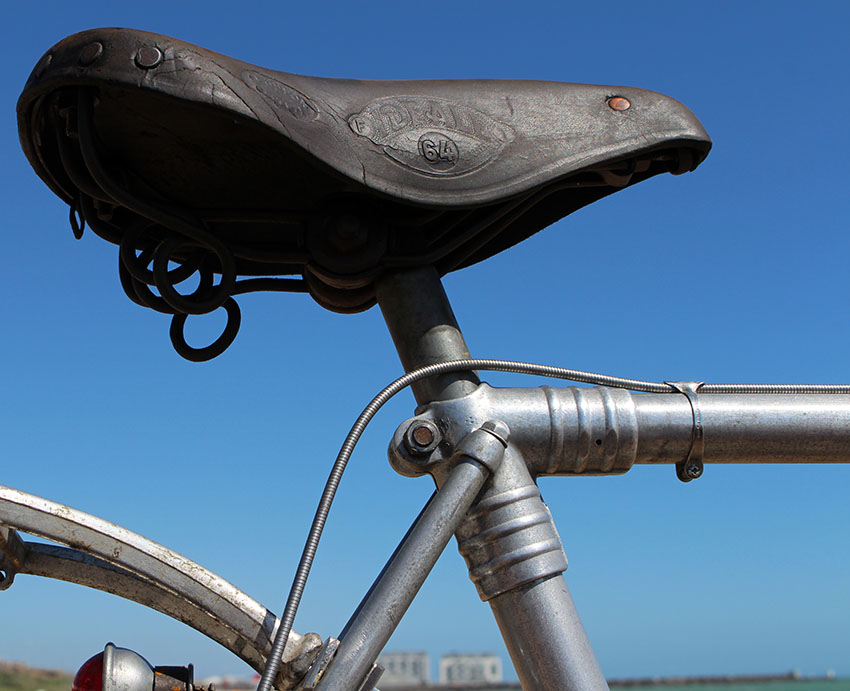 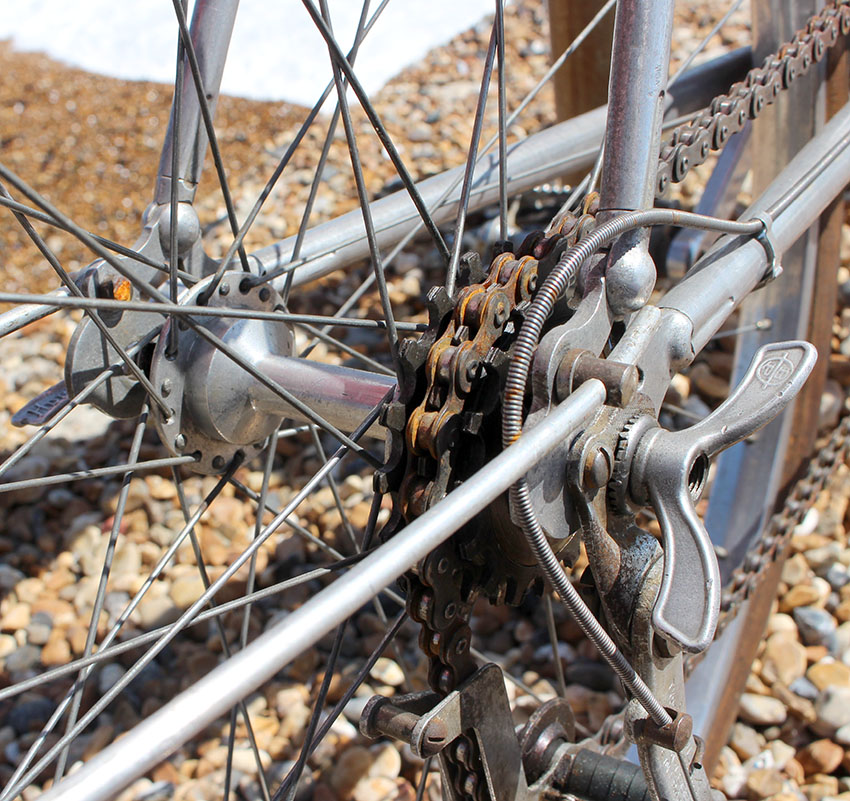 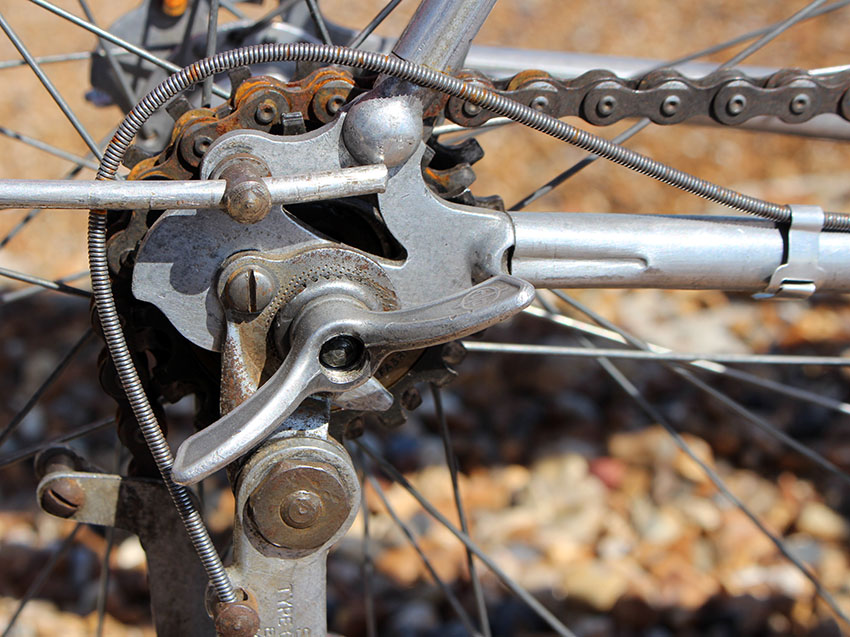