The old band brake, common on the tricycle, was even used on the rear-driving bicycle, the Columbia and the New Mail having once been made with it. The latest type, however, is the ‘automatic’ placed on the hub of the driving wheel, and put into acxtion by back-pedalling. Of this type are the Doolittle, the New Departure, the Willits, and others. In back-pedalling, the sprockets and chain never actually run backward, but the forward motion is resisted, and thus there is a tendency for them to move a little more slowly than the wheel. This tendency is employed in this type of brake, and the principle is that the rear sprocket, being so mounted as to allow a very slight backward slip with relation to its axle (which occurs as soon as attempt is made to stop the sprocket by backing on the pedal) slips just enough to put the brake on, the friction being between either a cam disk or a split ring and a brake shoe which is held immovable by the frame.

– The modern Bicycle and its Accessories, by Alex Schwalbach and Julies Wilcox, 1898

I was astounded to discover that the band brake was first patented as early as 1894. My discovery was even more of a delight because it happened ‘in the flesh’ rather than via the internet. My friend Phil came round for supper. He had recently returned from America, the ‘Land of Opportunity,’ and said he had a bike in the boot of his car that I might want to buy. This is a common ritual between us.

This time the bike took my breath away. Although dismantled and incomplete, the three features that immediately stood out were the eliptical chainwheel sprocket, front brake lever and rear band brake. There were no wheels and the brake linkeage was missing (as well as other parts). I guessed that the bike had been bought for spares to complete the restoration of an identical machine.

I was too keen to learn more about this incredible machine to wait to find the necessary parts. So I took it to Geoff, my mechanic, and we worked out how to do it with improvisation instead.

First, we used regular 28″ wheels and tyres. The rear hub has 28 spoke holes. So for the rear wheel we used a 32-spoke hole British metal wheel with eight spoke holes filled and four new ones drilled.

The only parts of the brake that existed were the handlebar lever and mechanism and brake drum. It was a surprisingly challenging exercise to make a working band brake from scratch. We created a new linkage using bowden cable rather than rods. The band brake works a lot better than it did in 1893. It feels quite odd riding a 120-year-old bicycle with such good brakes, particularly as the brake is activated by using the unique original brazed-on lever and fitting on the handlebar. 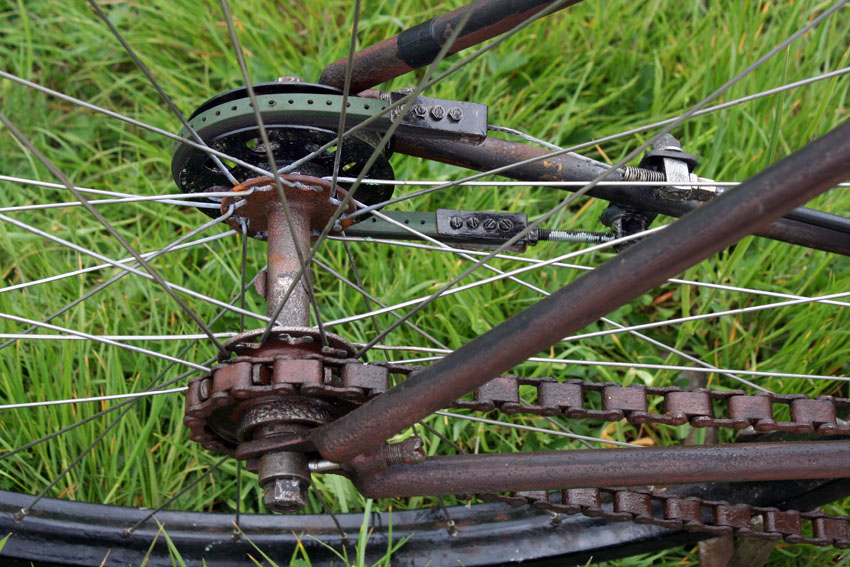 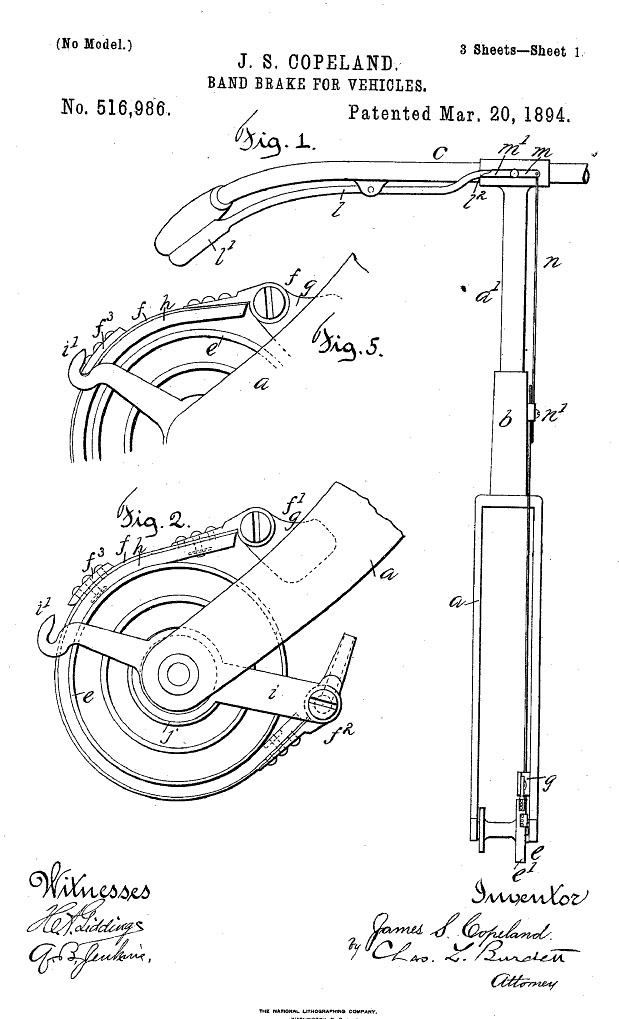 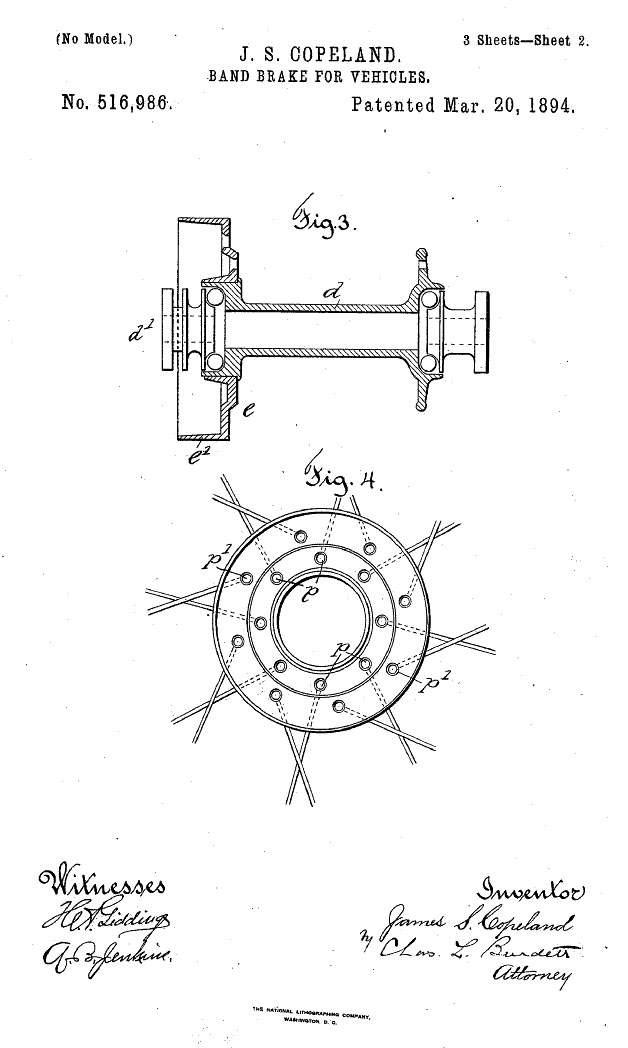 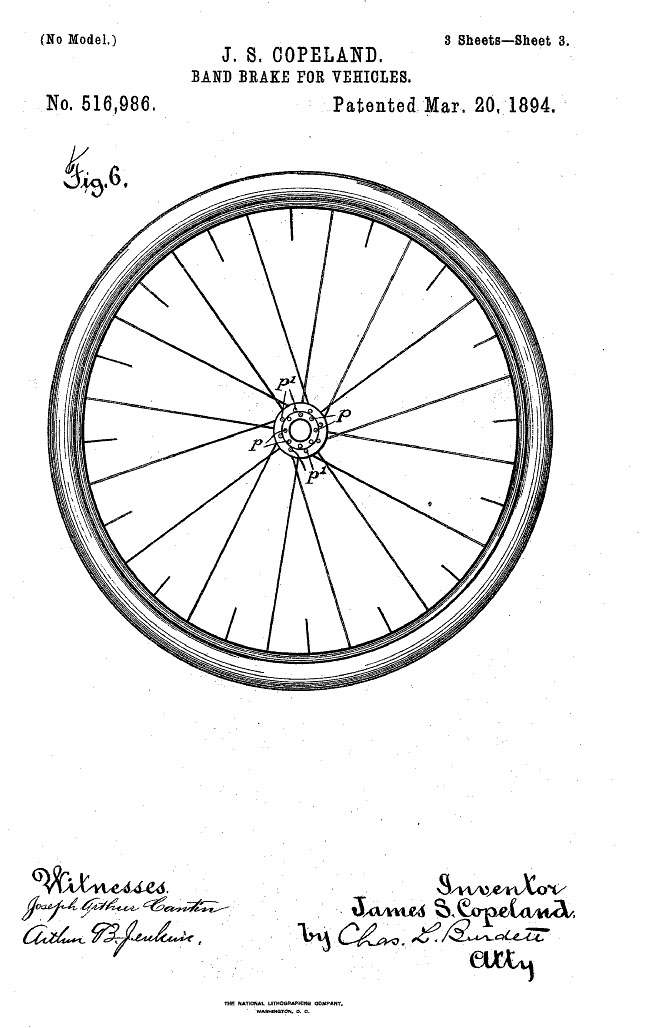 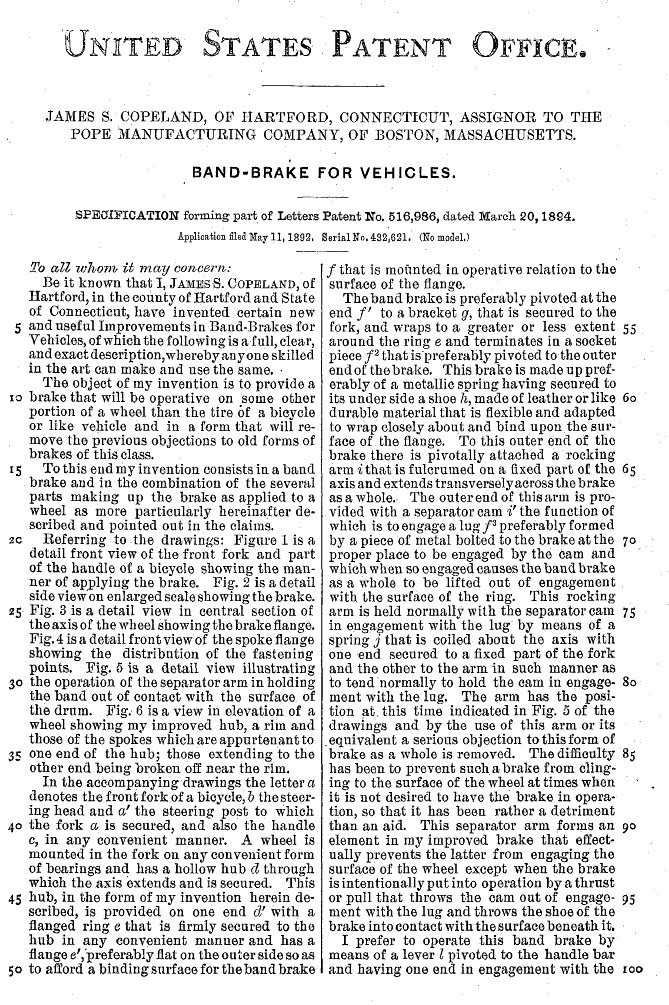 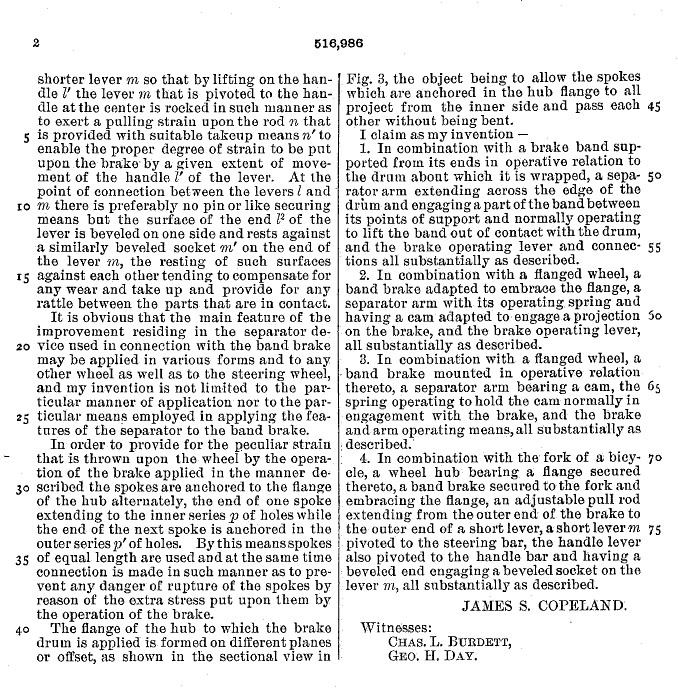 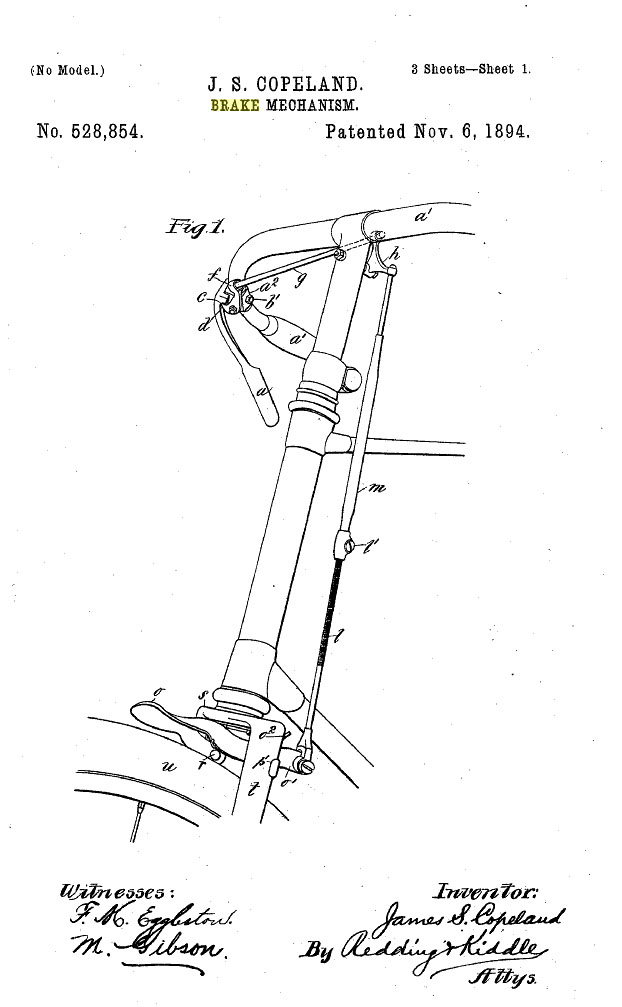 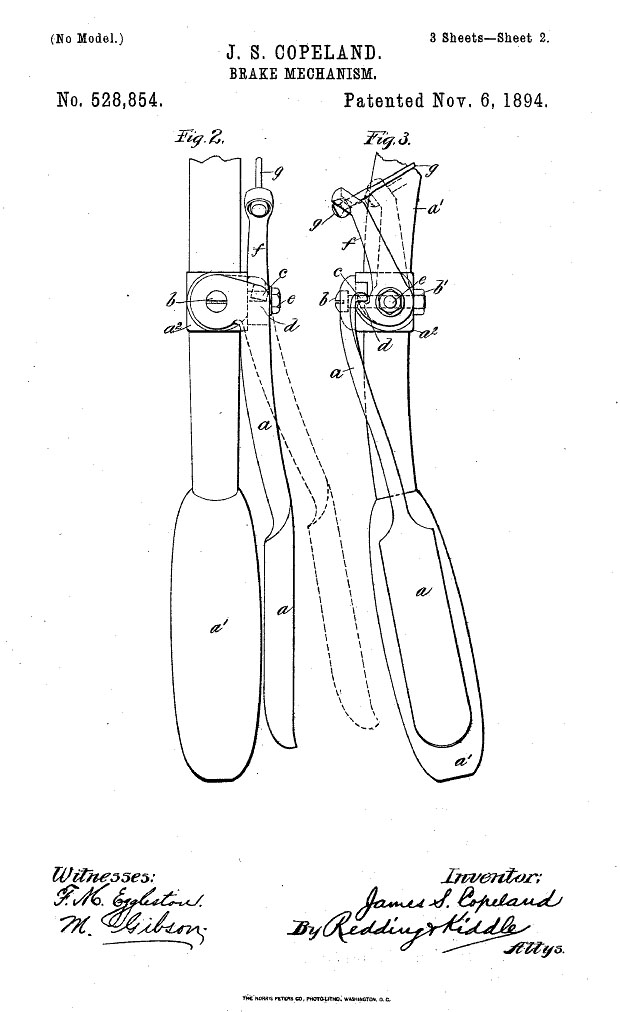 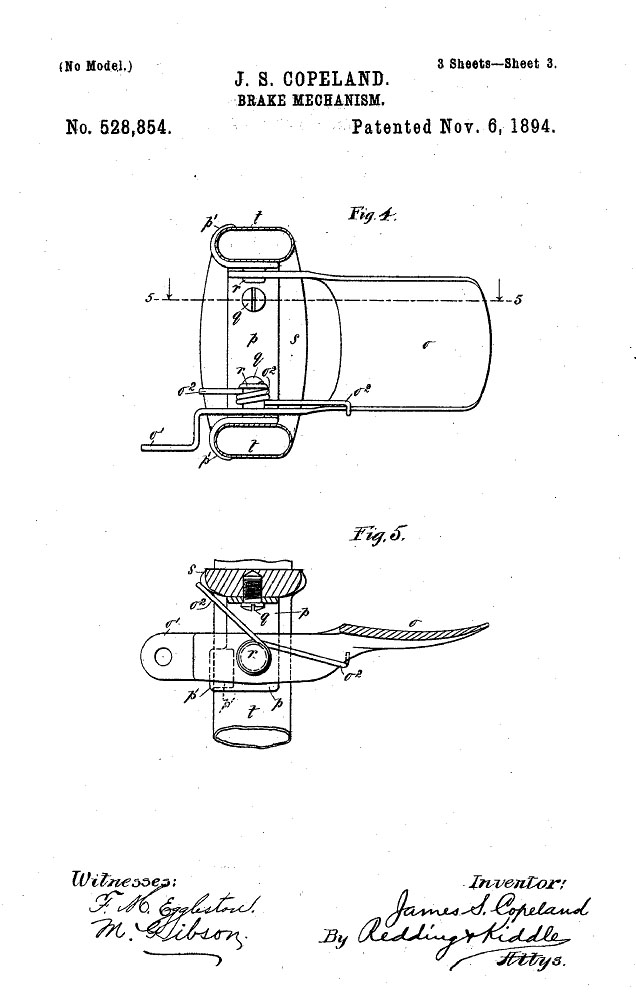 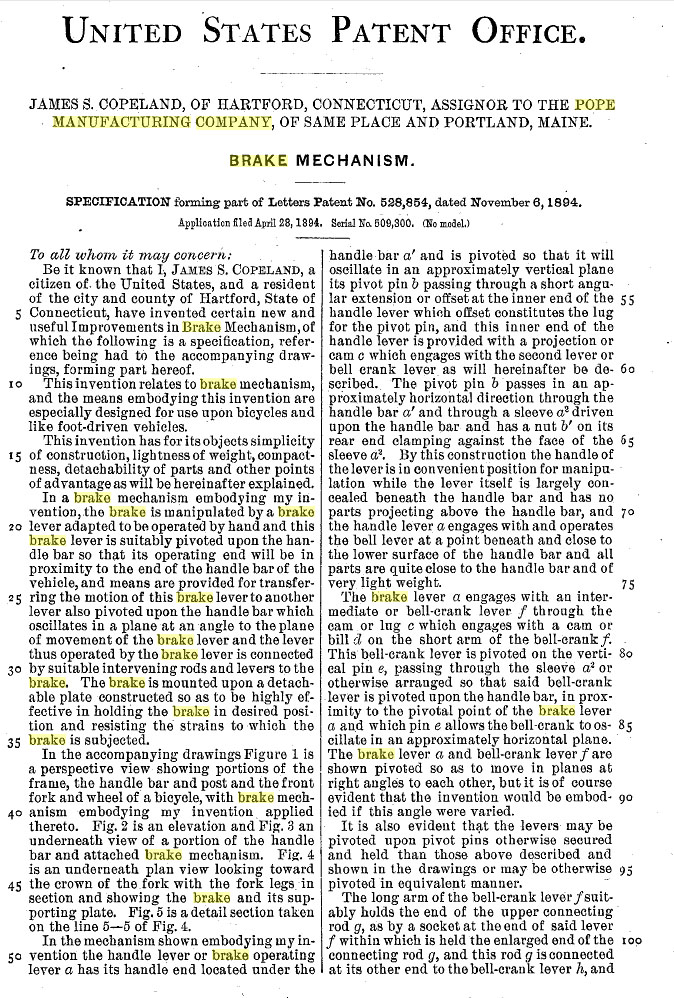 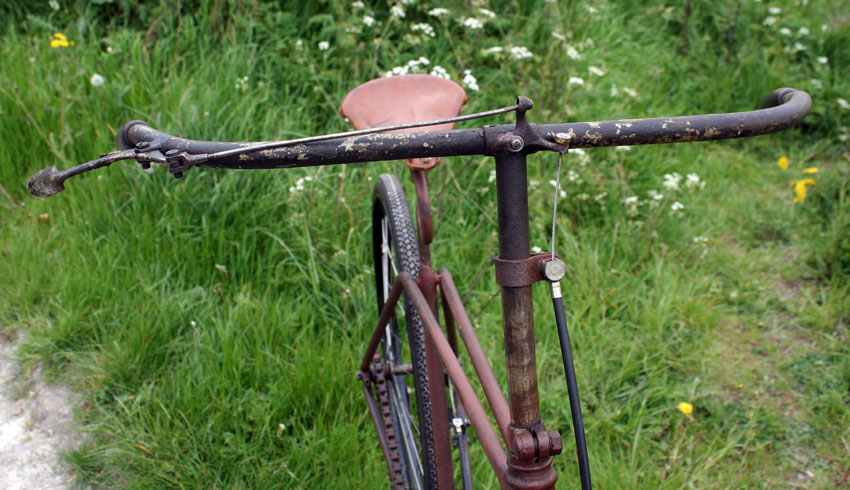 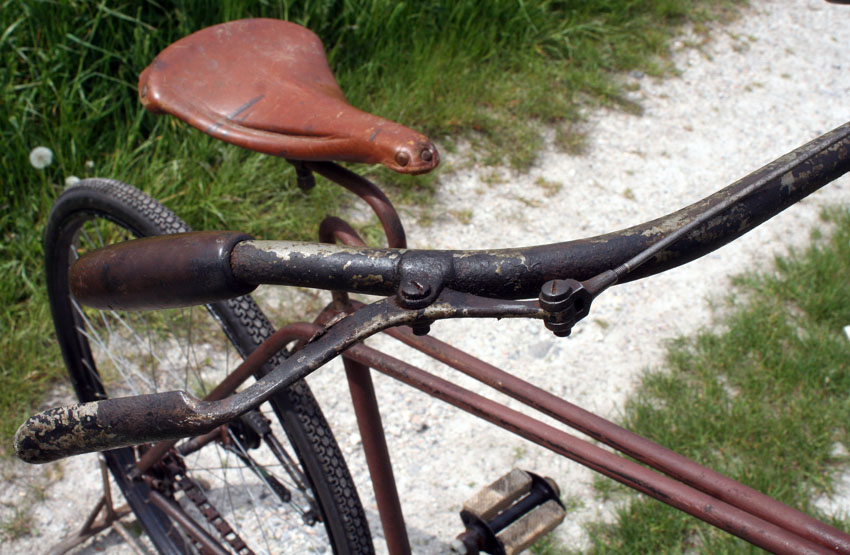 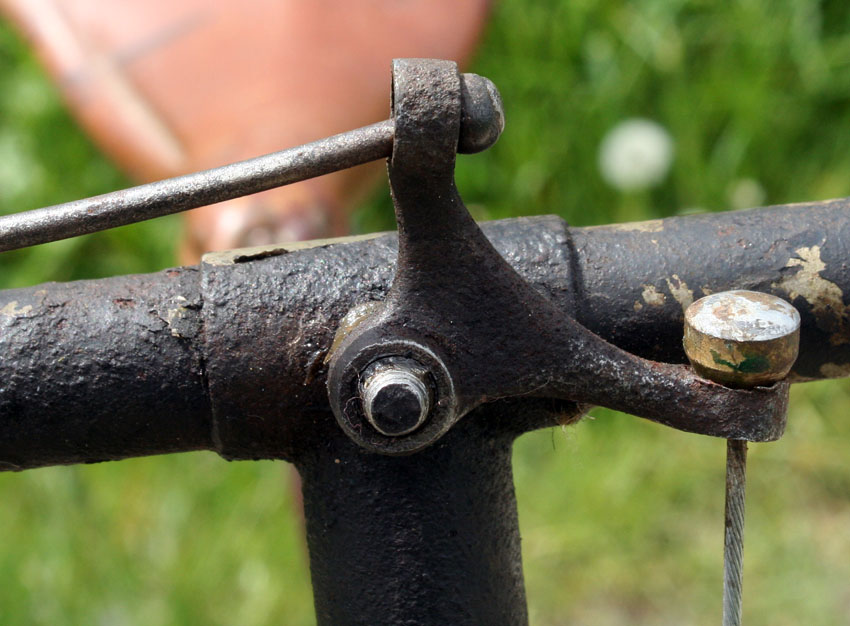