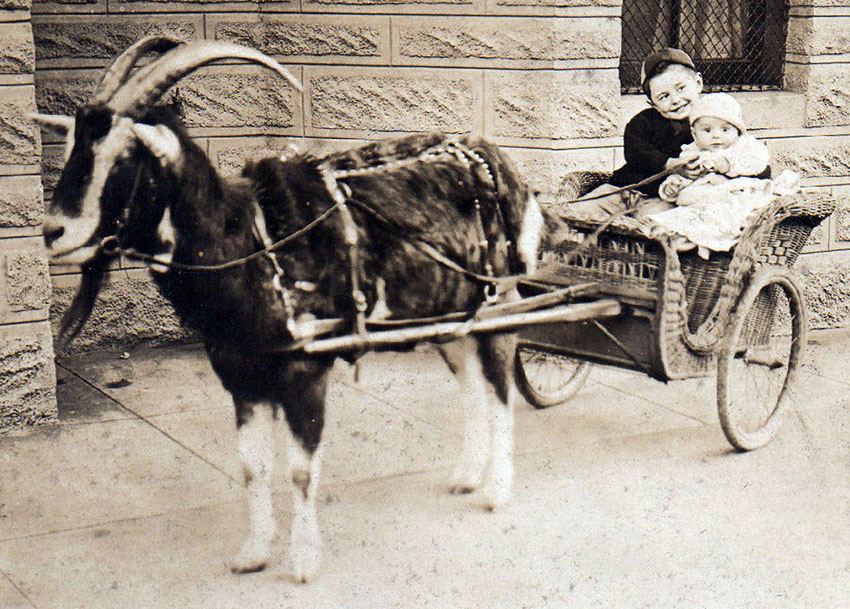 In the 1800s, and right up to World War 2, goats and dogs were used for pulling carts in Europe, Britain and North America. Heavy duty dog and goat carts were used for delivering milk and other goods, and lightweight versions were used for children and teenagers. Wicker bodies, popular in France, provided a lighter cart weight, meaning domestic animals could be used as well as large pet dogs. 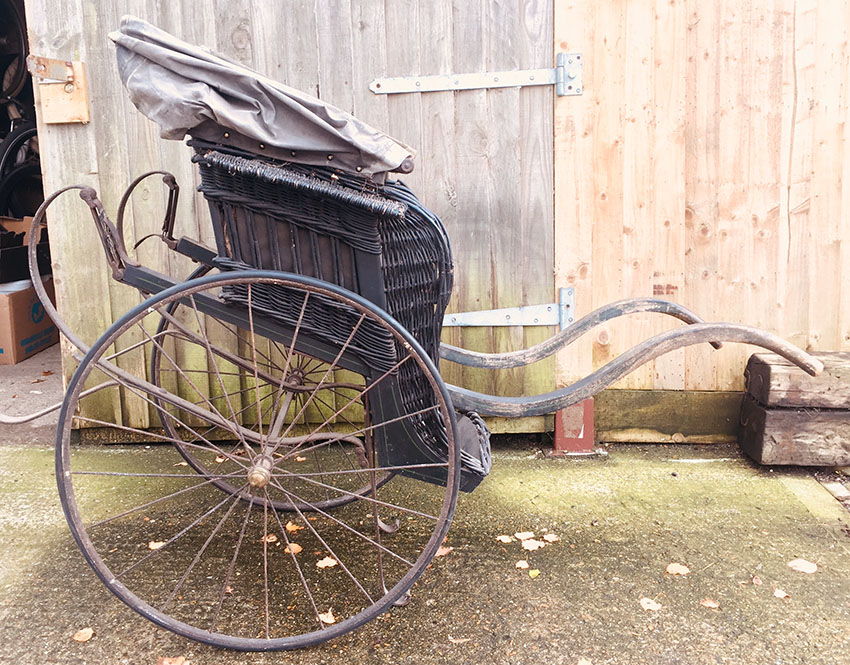 Carts to be pulled by either goats, dogs or by hand were common in Europe and Britain in the latter part of the 18th century and early 1900s.

American versions were generally small wagons with straight bars for attaching to the animal, whereas early French and British models featured curved bars to make them suitable for a variety of uses.
This example is well made, with a wicker and wood body, upholstery and hood. These features show it was built for actual use rather than as decoration or a plaything. It’s in good all-round condition, and suitable for light use.
It would be particularly ideal for a young person to use at displays and shows, illustrating a type of vehicle, popular before the automobile took over our roads with a vengeance, that is all but forgotten in our modern age. 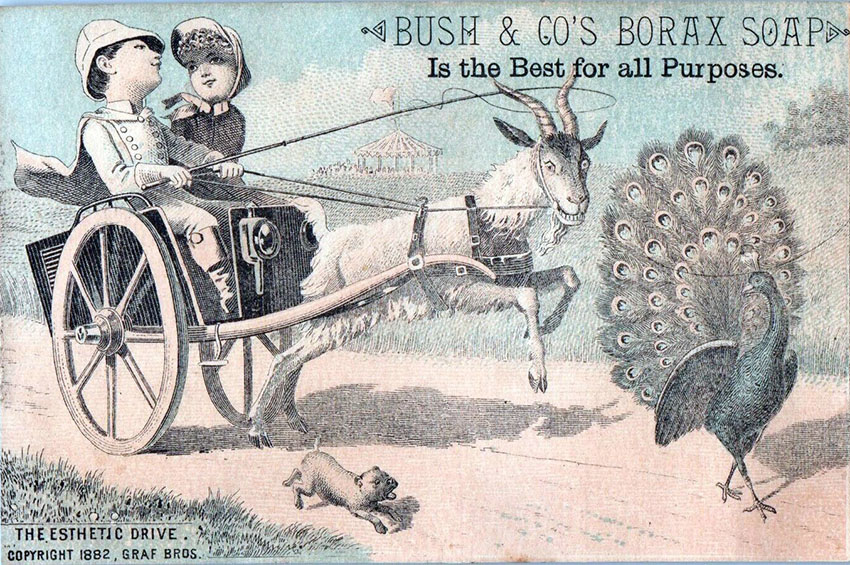 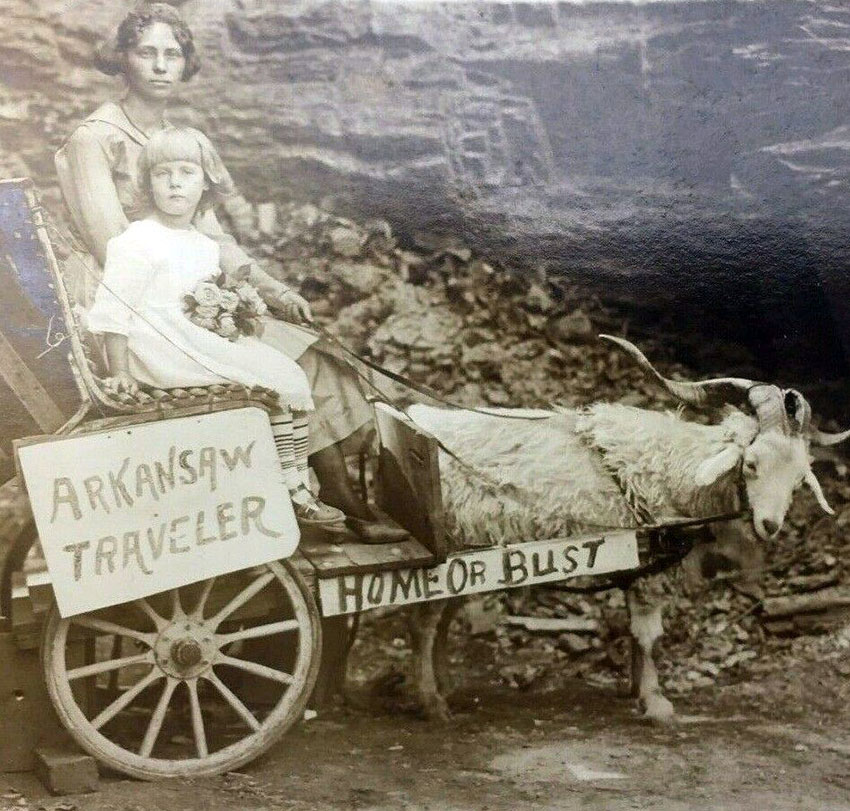 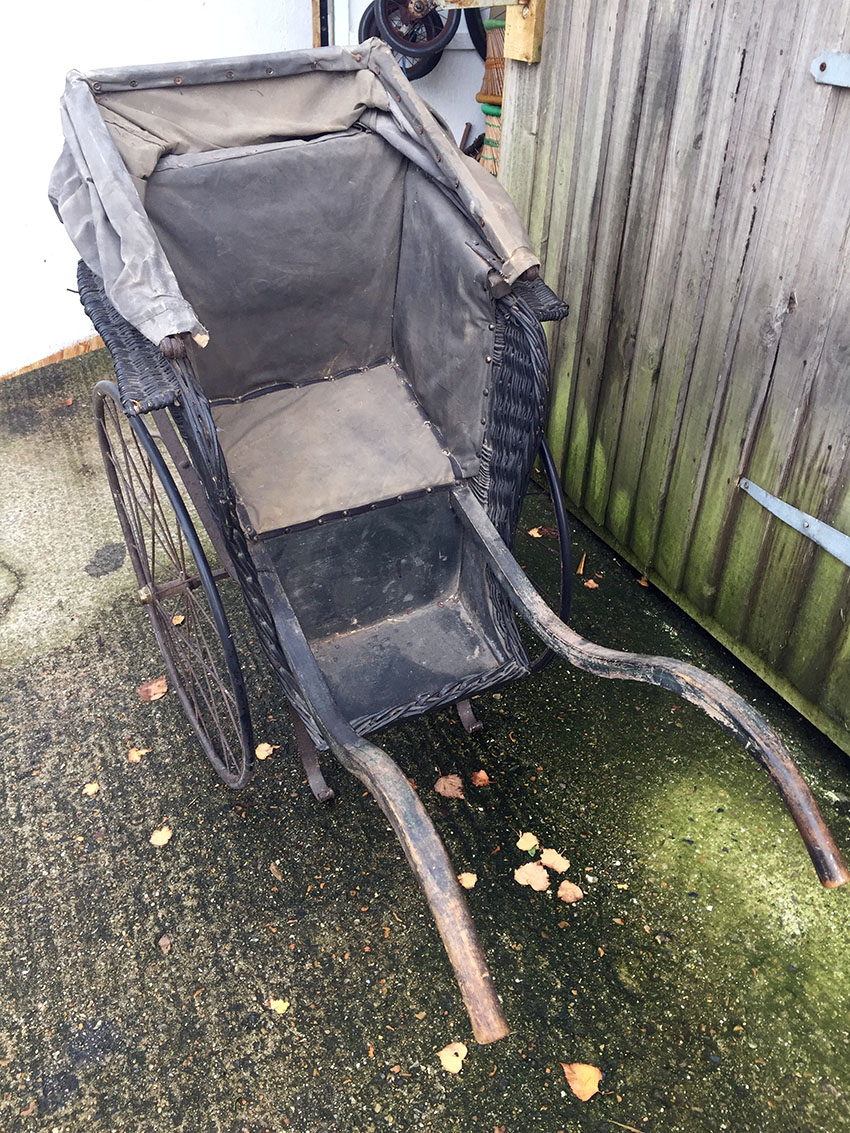 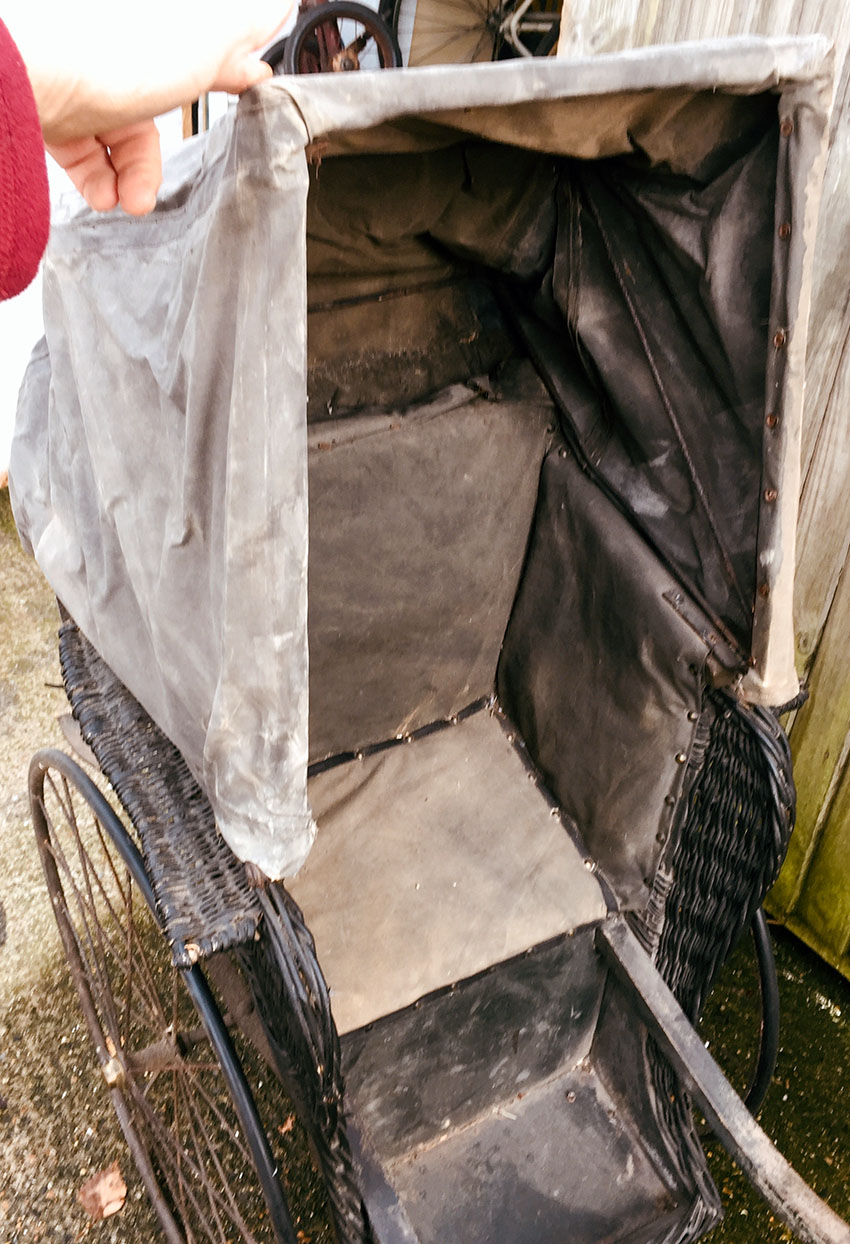 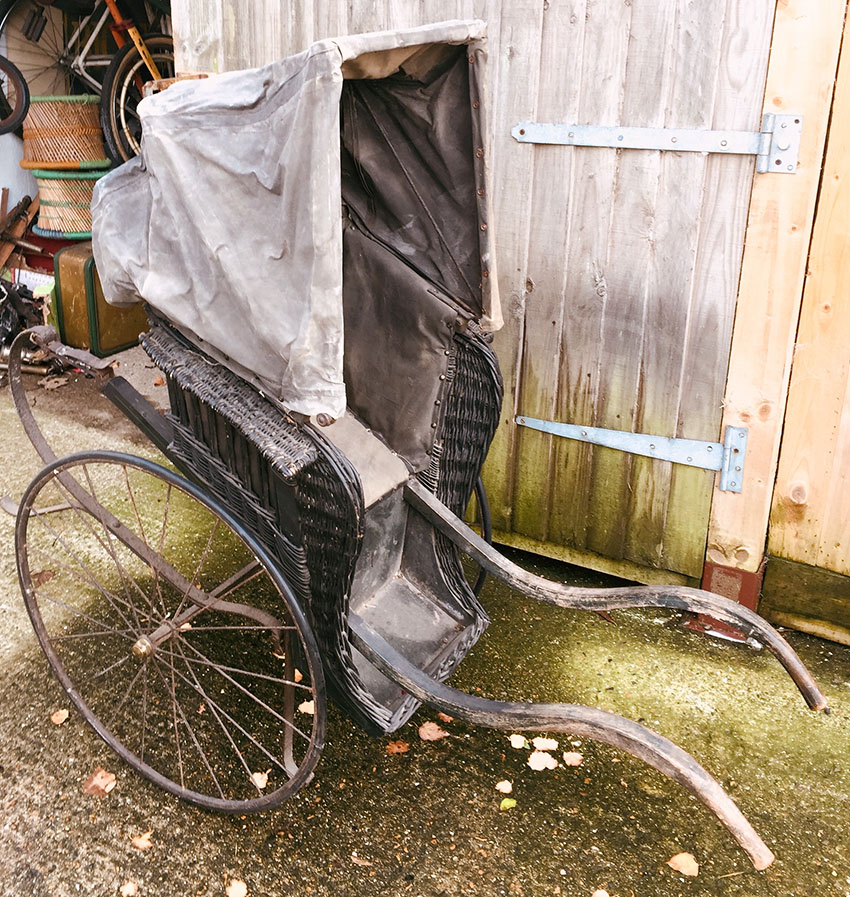 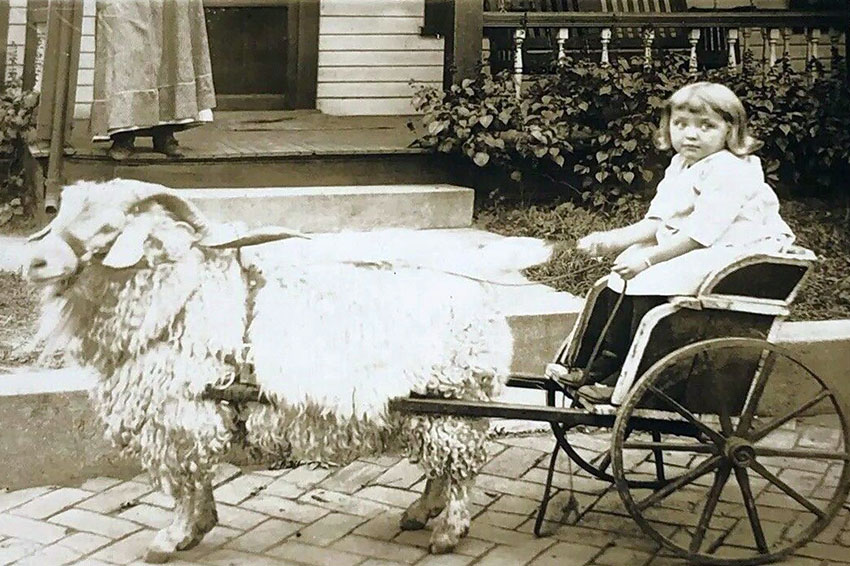 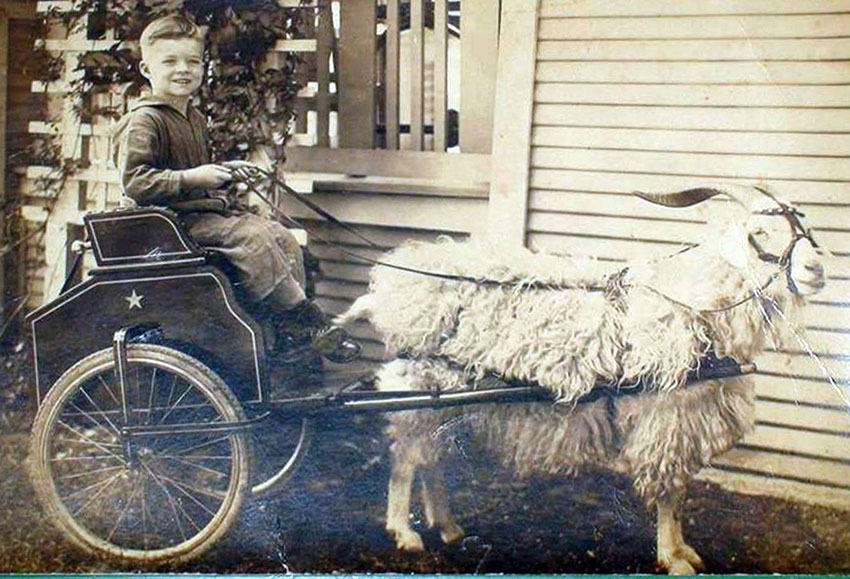 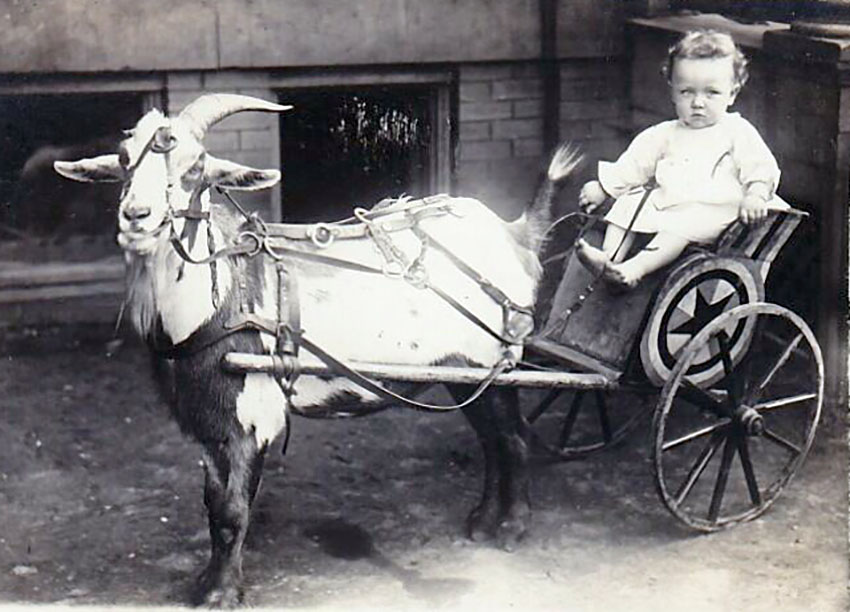 Compare the American version, below, which was a small four-wheeled wagon (in this case, a Studebaker Junior wagon). 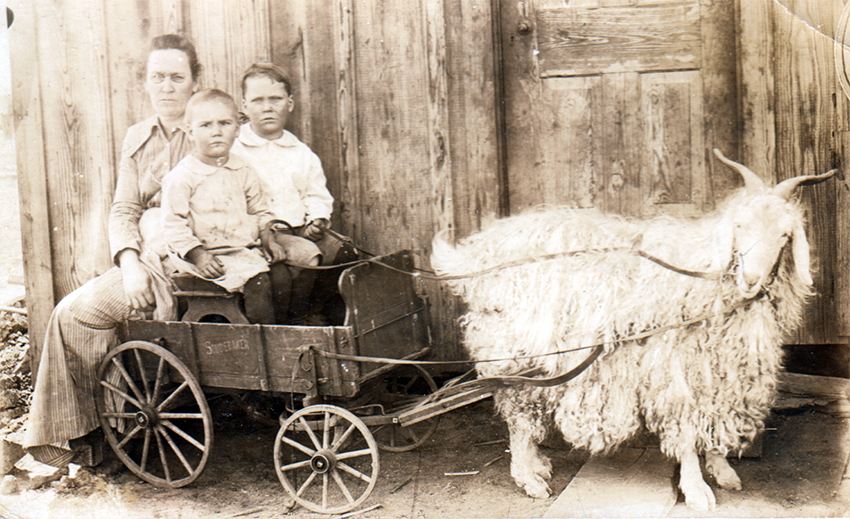 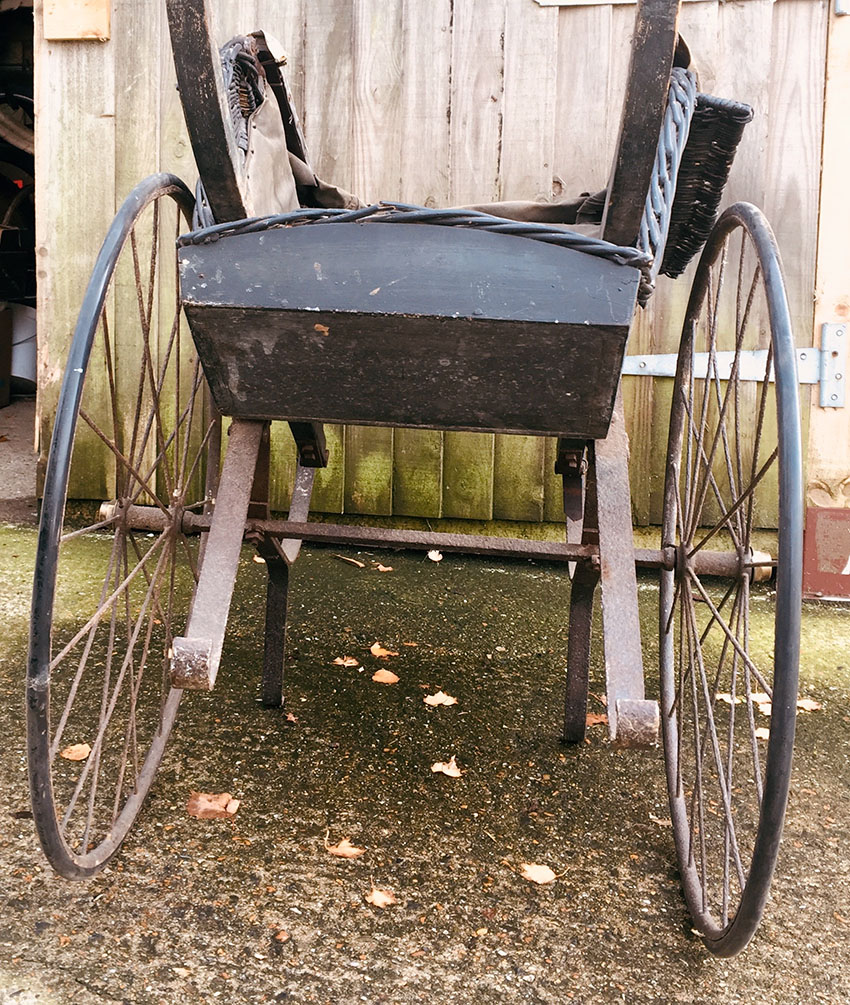 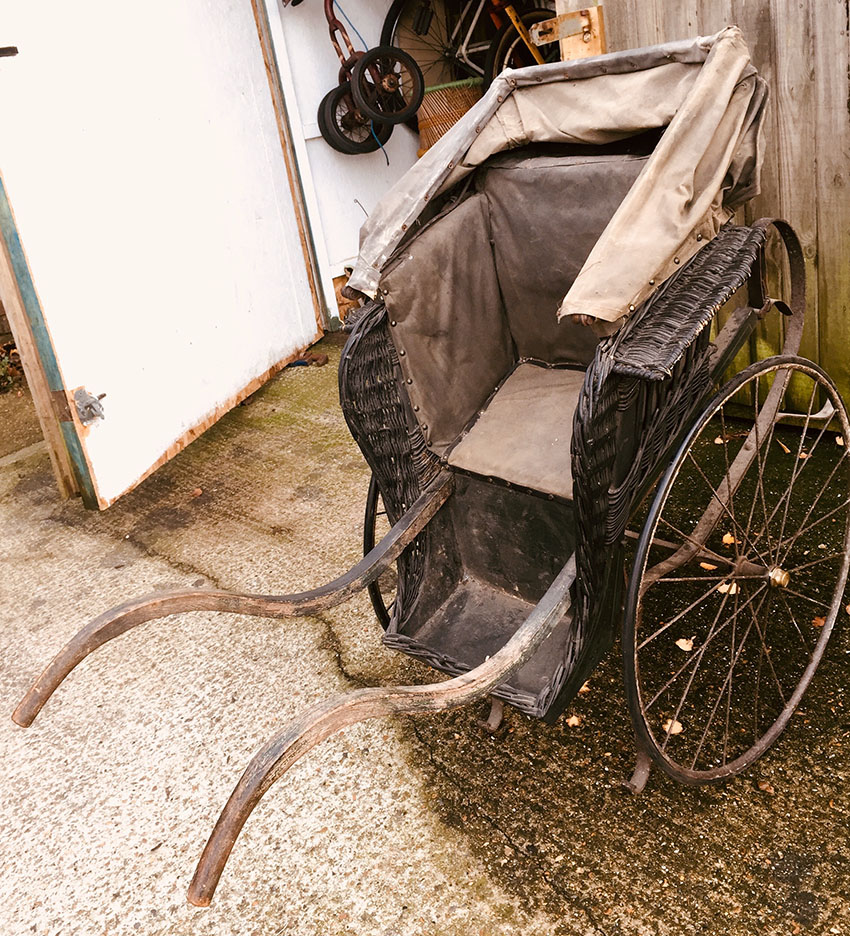 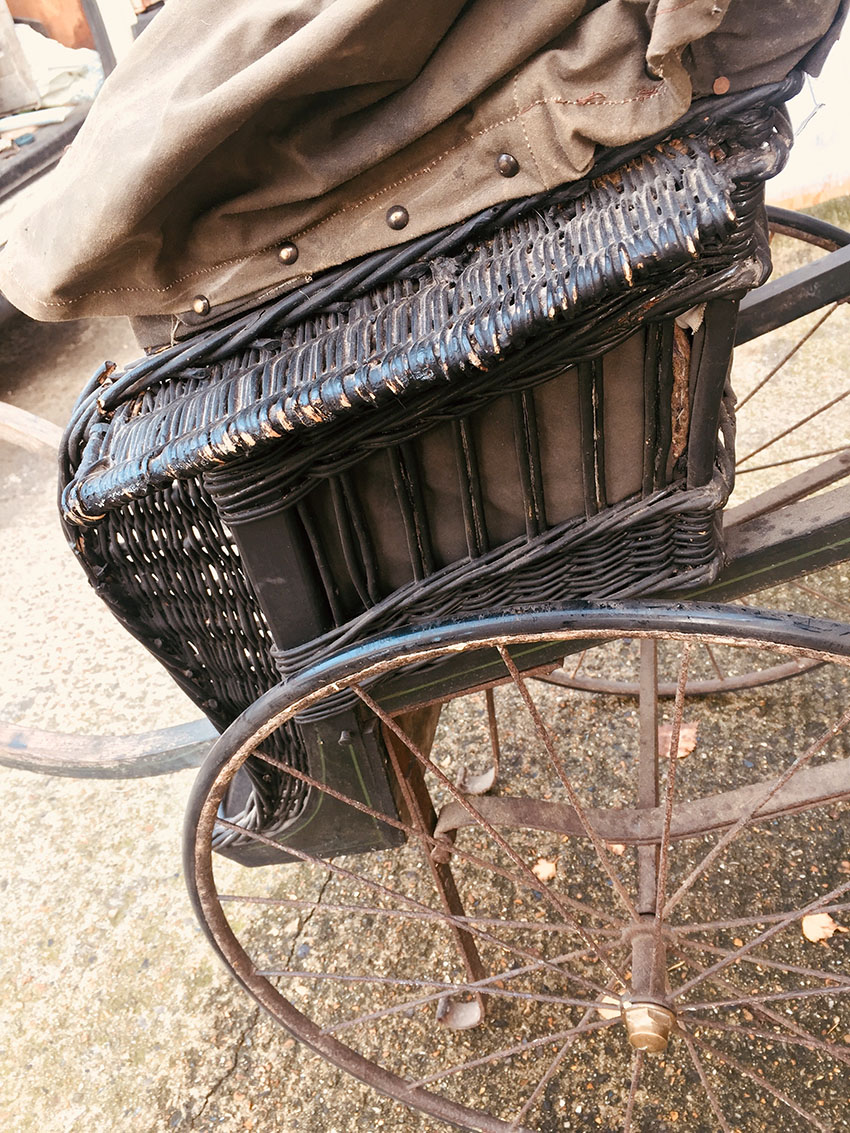 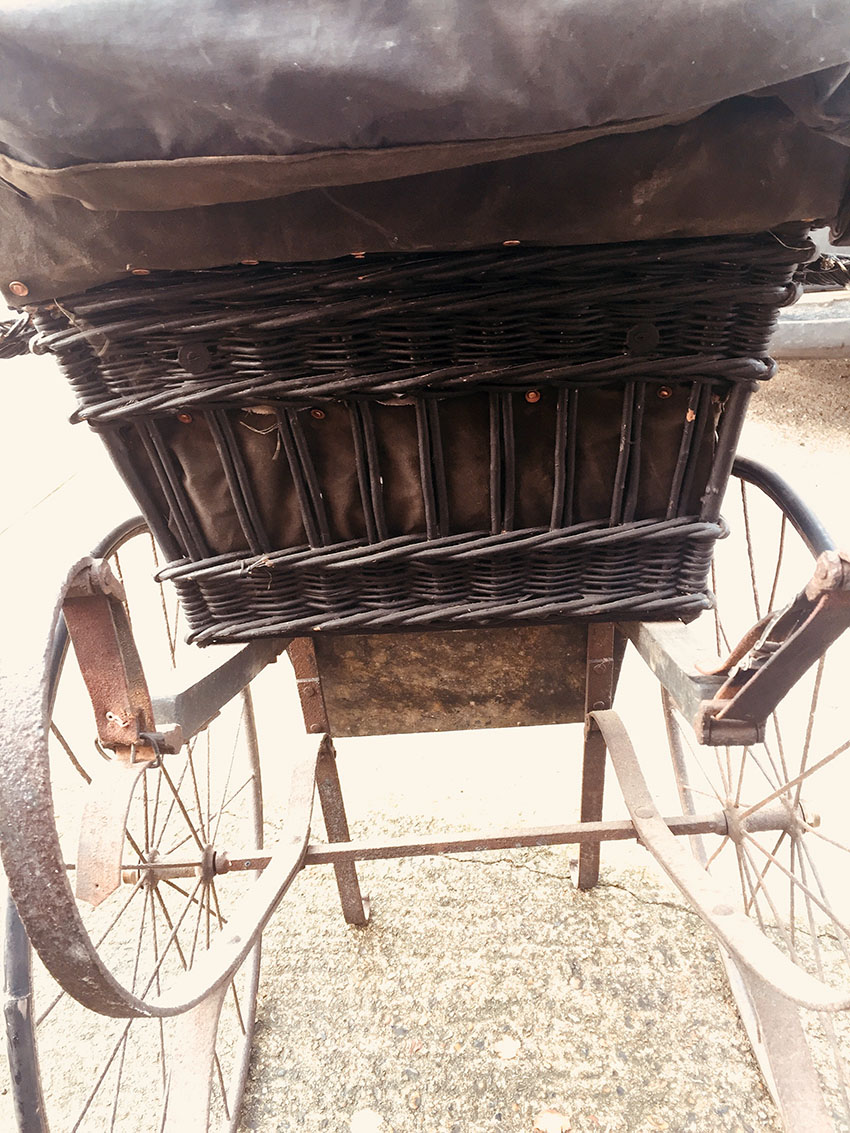 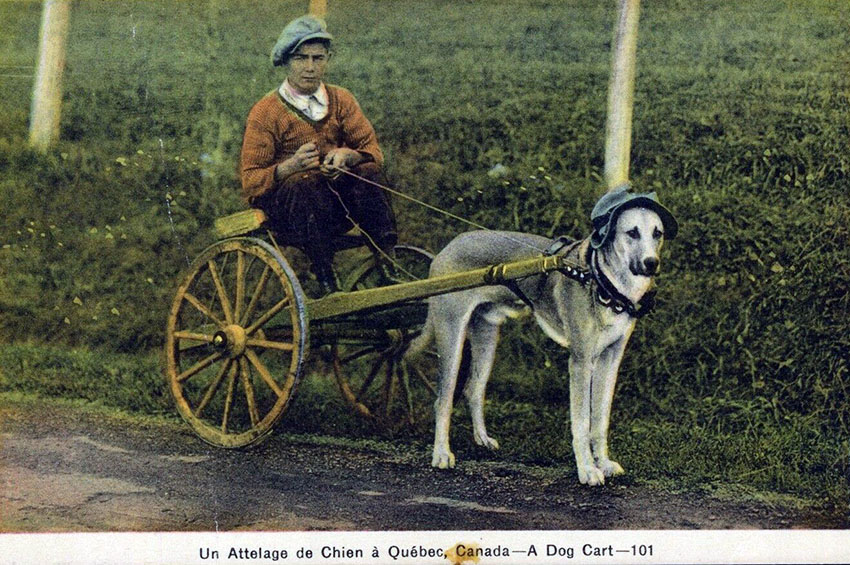