When the Metal Specialties Company, Incorporated, of Cudahy, Wisconsin, came out with this nifty sidewalk cruiser in 1946 they decided it looked like a cross between a pedal car and a bike, hence the name ‘Kar-Bike.’

There were single tube and double tube models. A sensible improvement is the steering column height adjustment on the double tube version, so I assume it to be the later model.

The biggest selling feature for this toy was the pivoting front axle. When you took a corner a little too fast both front wheels stayed on the ground. This was accomplished by a simple bearing where the frame tied into the front axle. A drag-link mechanism enabled the steering to function as the body tilted.

In April of 1947, Metal Specialties announced another model designed for children 18 months to 4 years. It featured enclosed pulleys and a pedal housing. It is not known if this version, Model S-2047, was ever built. The ad stated they were to be released in June of 1947.

By February of 1948 the Kar-Bike was still on the market, but was now being sold by Weller Products, Inc, of Milwaukee, Wisconsin. E.J Weller Jr was the original patentee, his design being filed with the patent dept on 14th October, 1940 – presumably initial production was halted by the war.

Weller Products Inc labeled their 1948 version as ‘Model No. 1000.’ Weller continued production of the Kar-Bikes until at least February of 1949. It is not known how many were produced or when production finally ended. 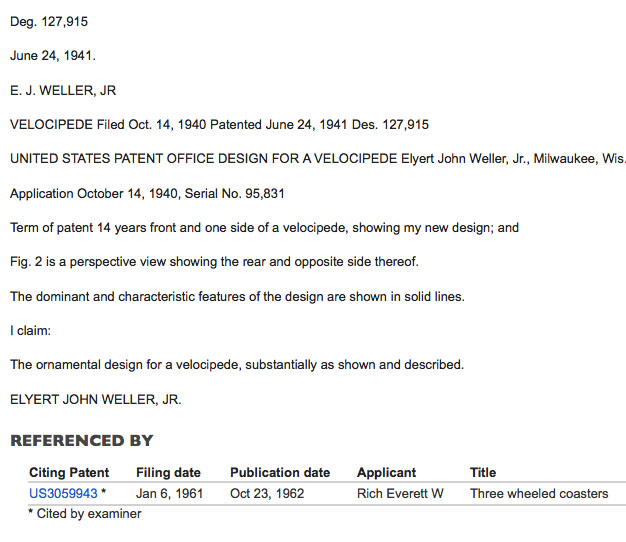 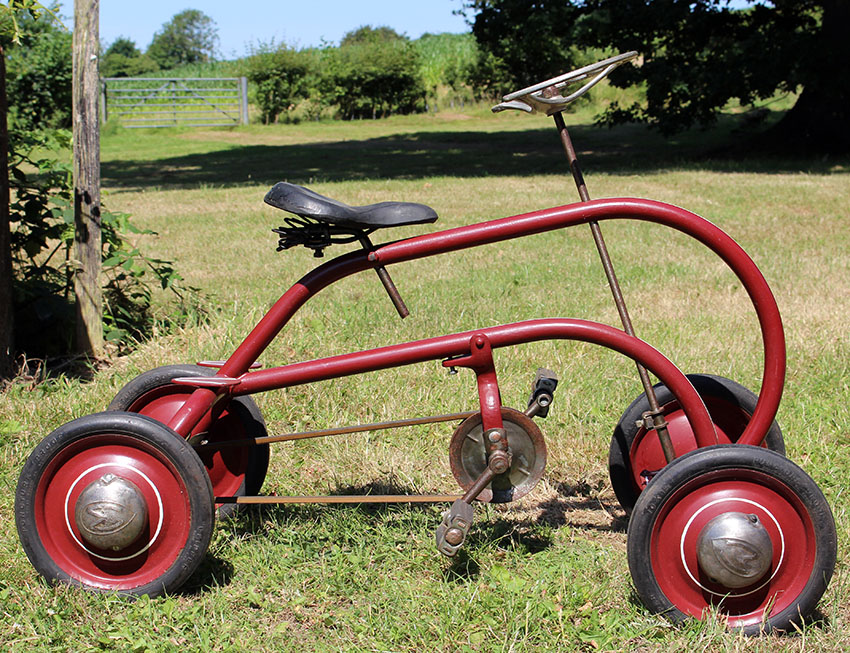 Comparing the patent application for the Kar-Bike with the adverts and the actual machine, we can see a few variations: it did not end up with either the twin front lights or the elaborate one-piece chaincase/pedal support. And an aluminium steering wheel found its way onto the production models. A close examination reveals various design faults:

A weak point where the pedal sprocket support meets the main frame (photo below). This can not be welded in place, otherwise there would be no adjustment for the belt. With the constant motion of pedalling there is undue stress here.

The pedals cranks have very little support as the sprocket hangs below the frame.

According to the adverts for the Kar-Bike, it has ‘three point suspension on four wheels.’ But this is another weak point: extra pivoting on the front axle (to allow travel in different directions) means that stress on the front end is unsupported.

The aluminium steering wheel – presumably purchased from a company that built pedal cars – is very attractive. But that is all the rider has to hold onto, so it is liable to be one of the first things to break. This one has had a discreet repair.

The Kar-Bike is a fabulous creation, a superb combination of tricycle and pedal car. With its tilting action, you can see how it would have been very popular with kids. But kids do not take care of their bikes and trikes when they ride them, so I’m sure that many had to go back to the retailers and manufacturers for repair or replacement, causing the early demise of the model.

The steering column height can be adjusted on the twin tube model (below). 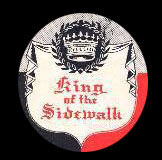 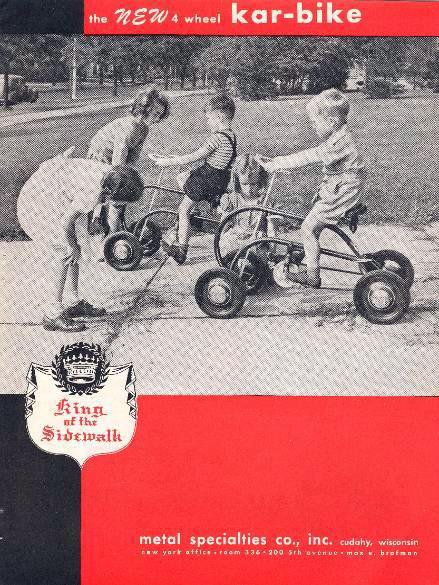 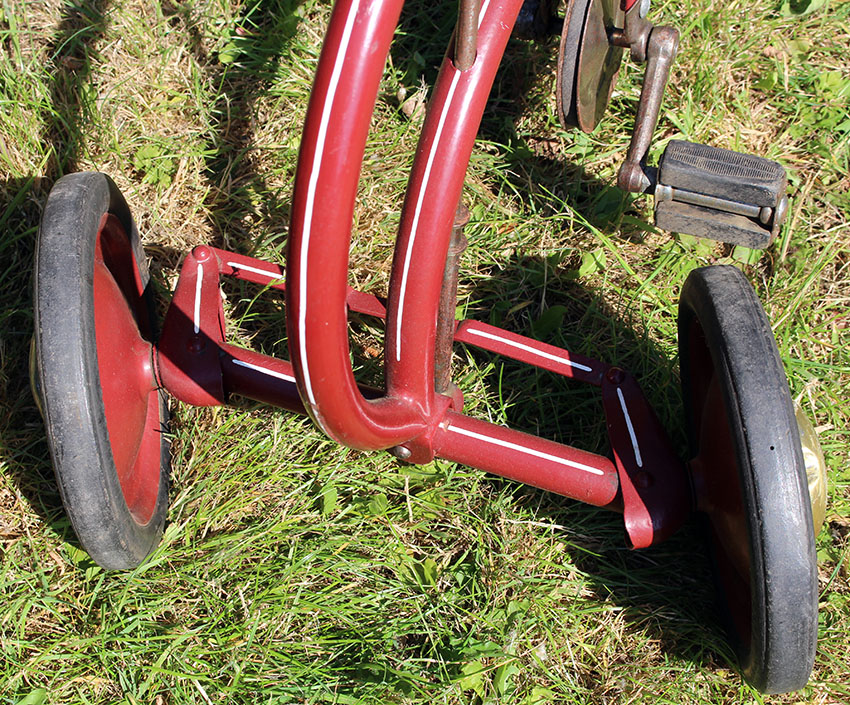 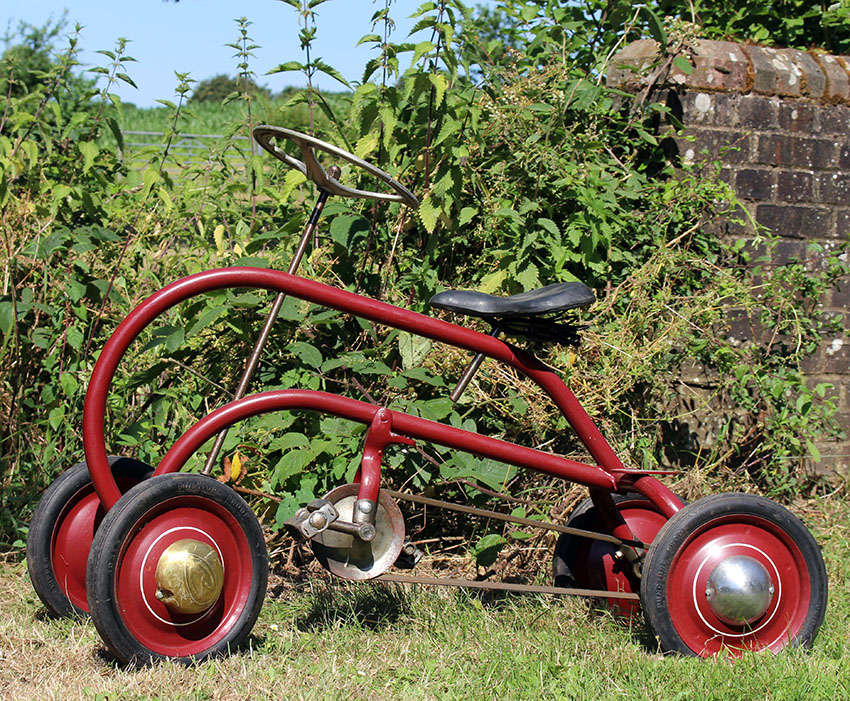 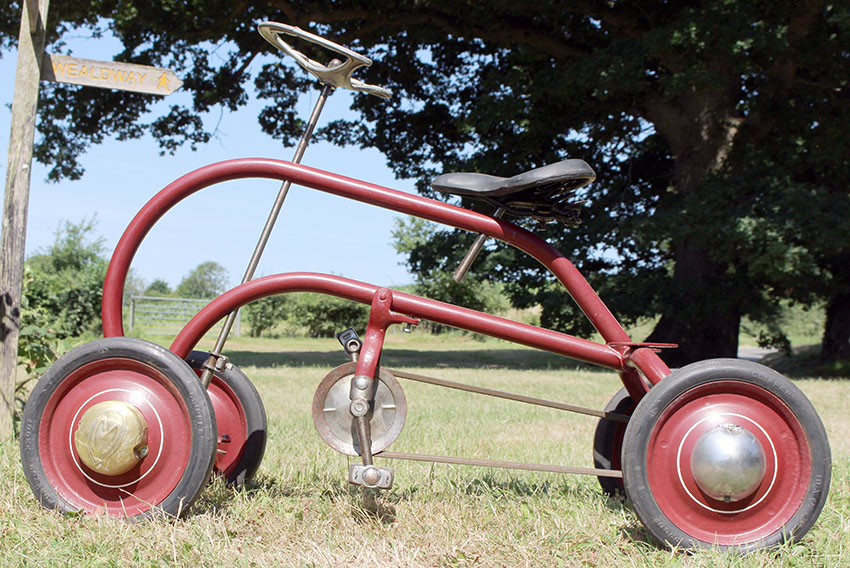 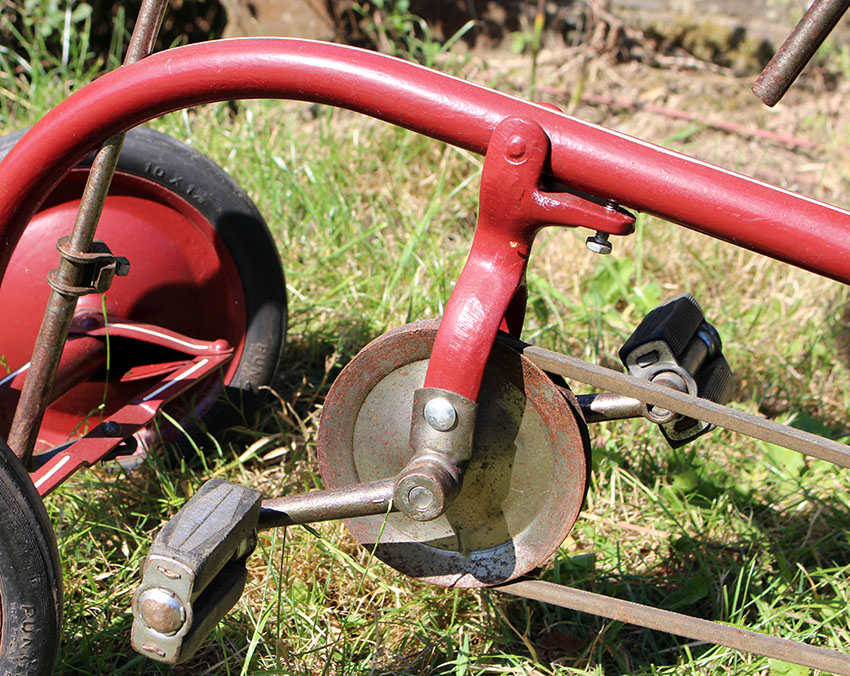 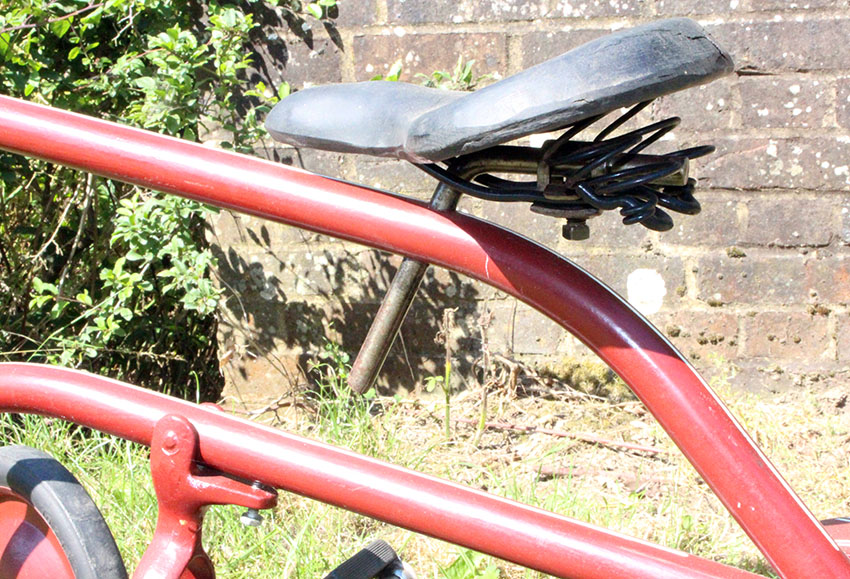 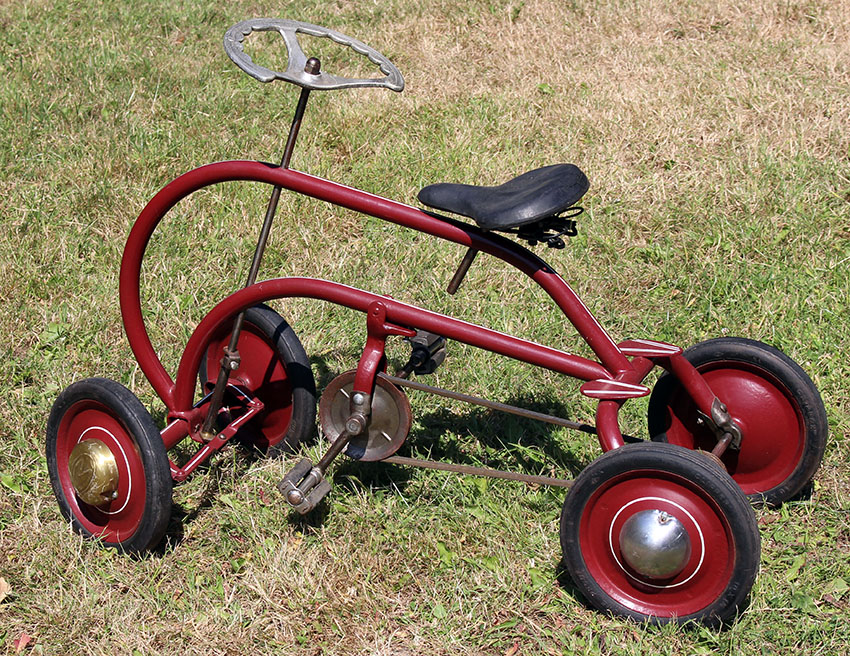 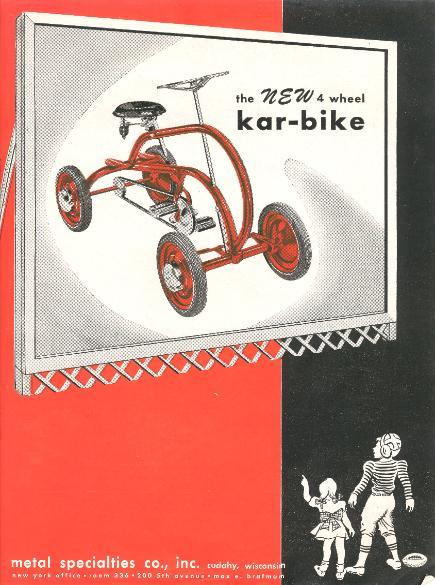 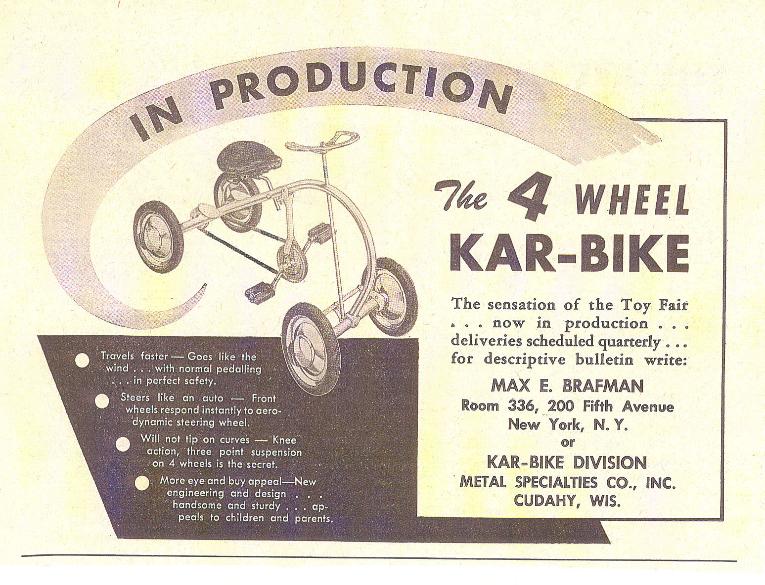 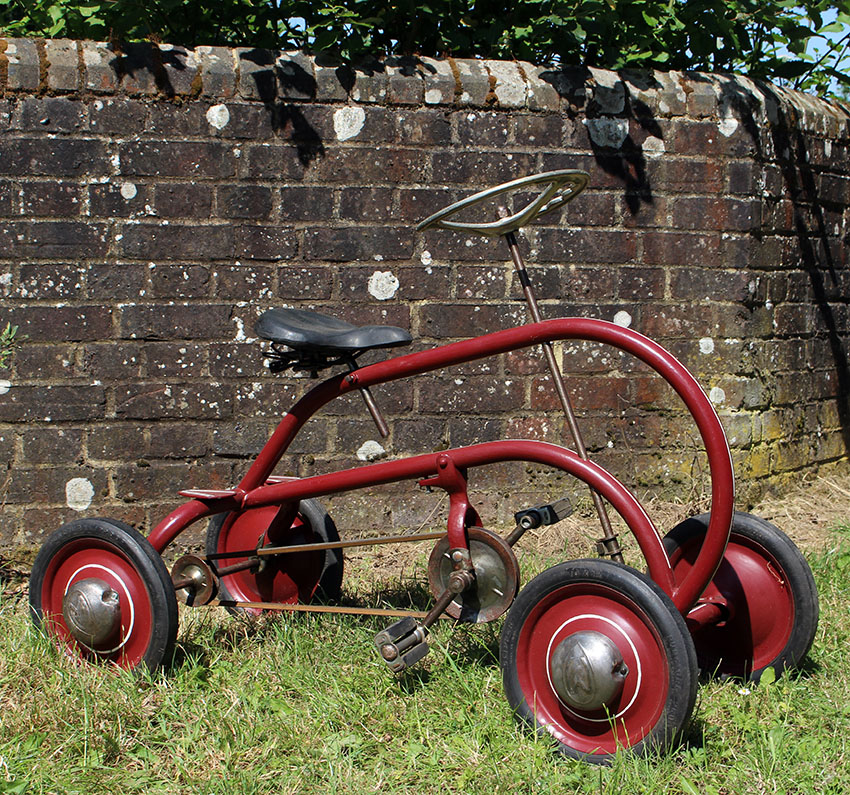 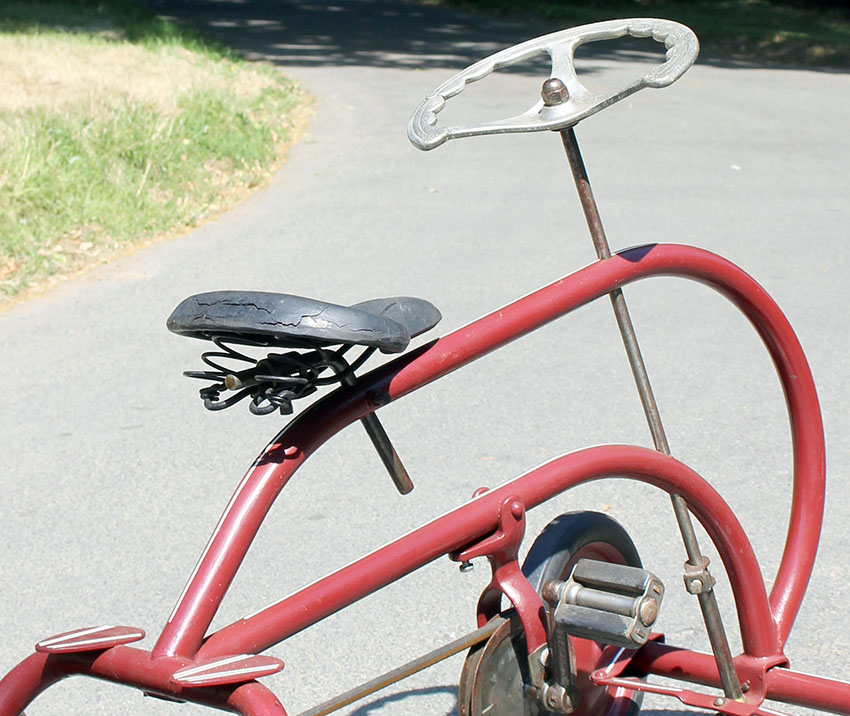 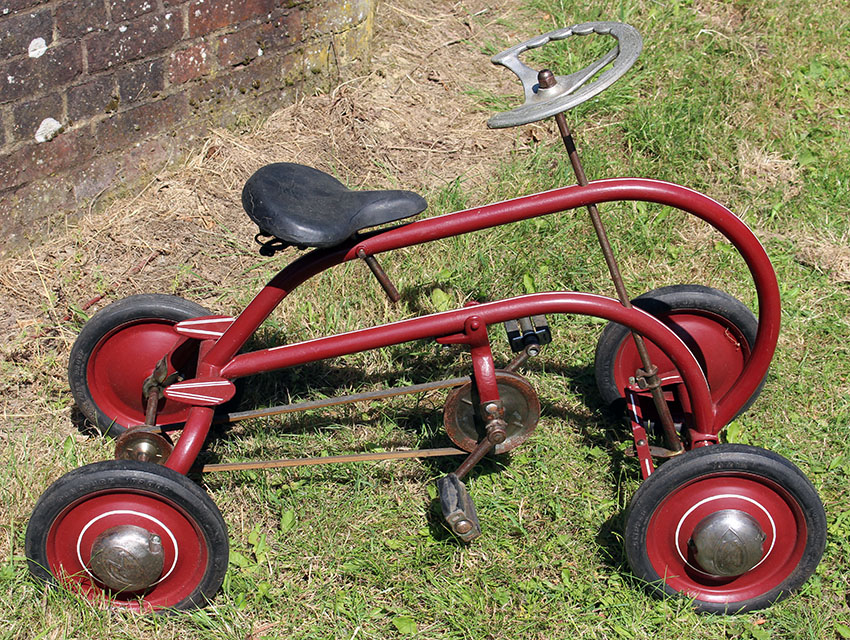 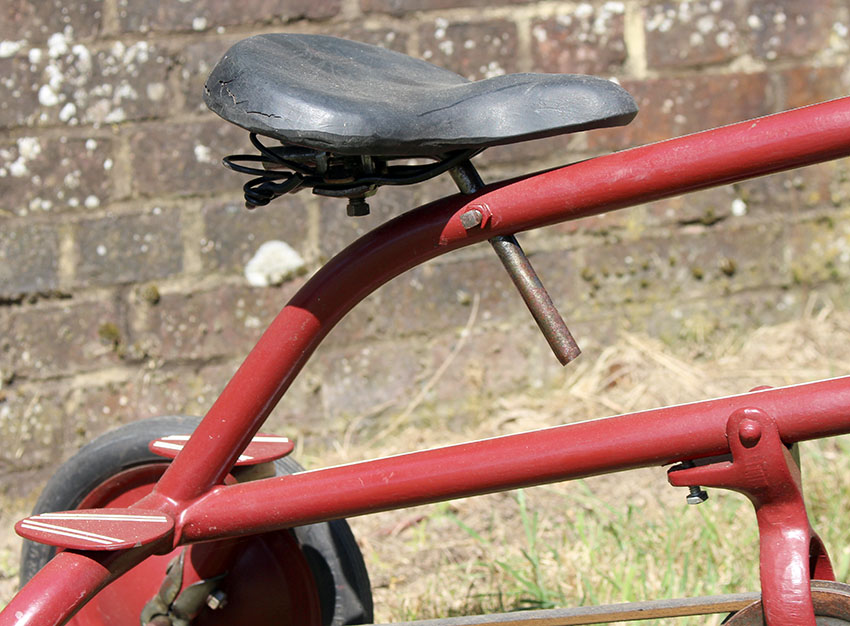 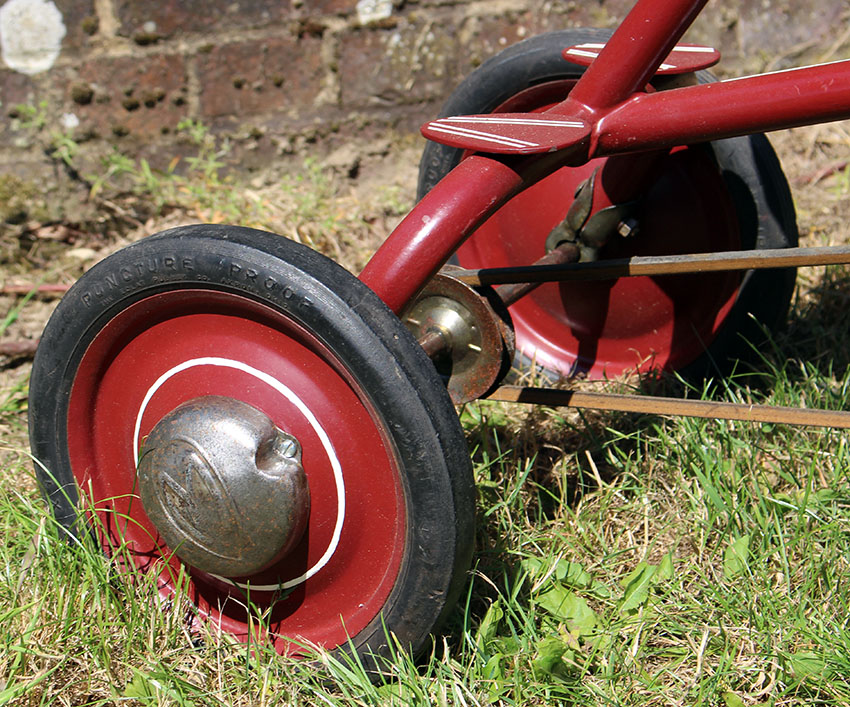 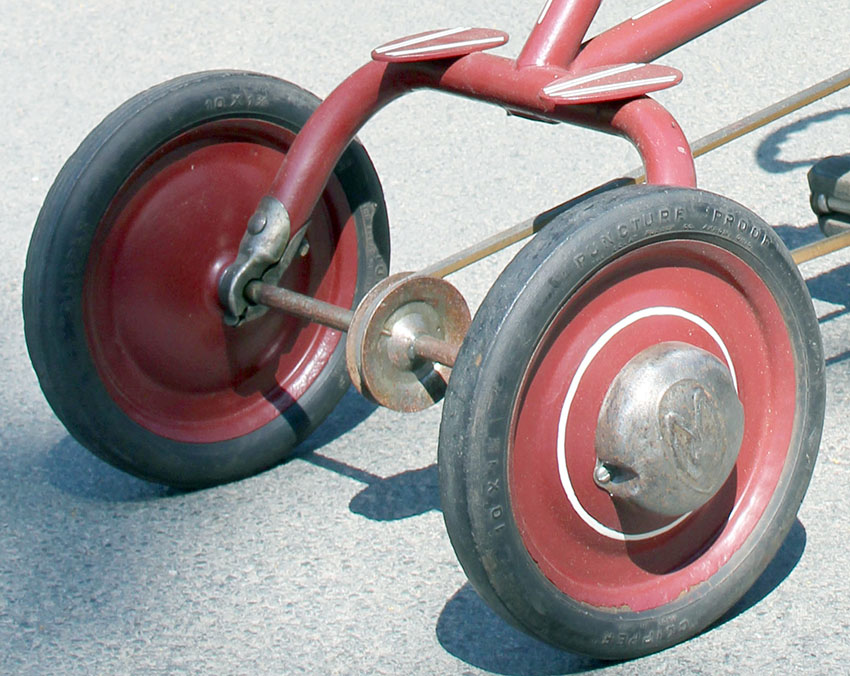 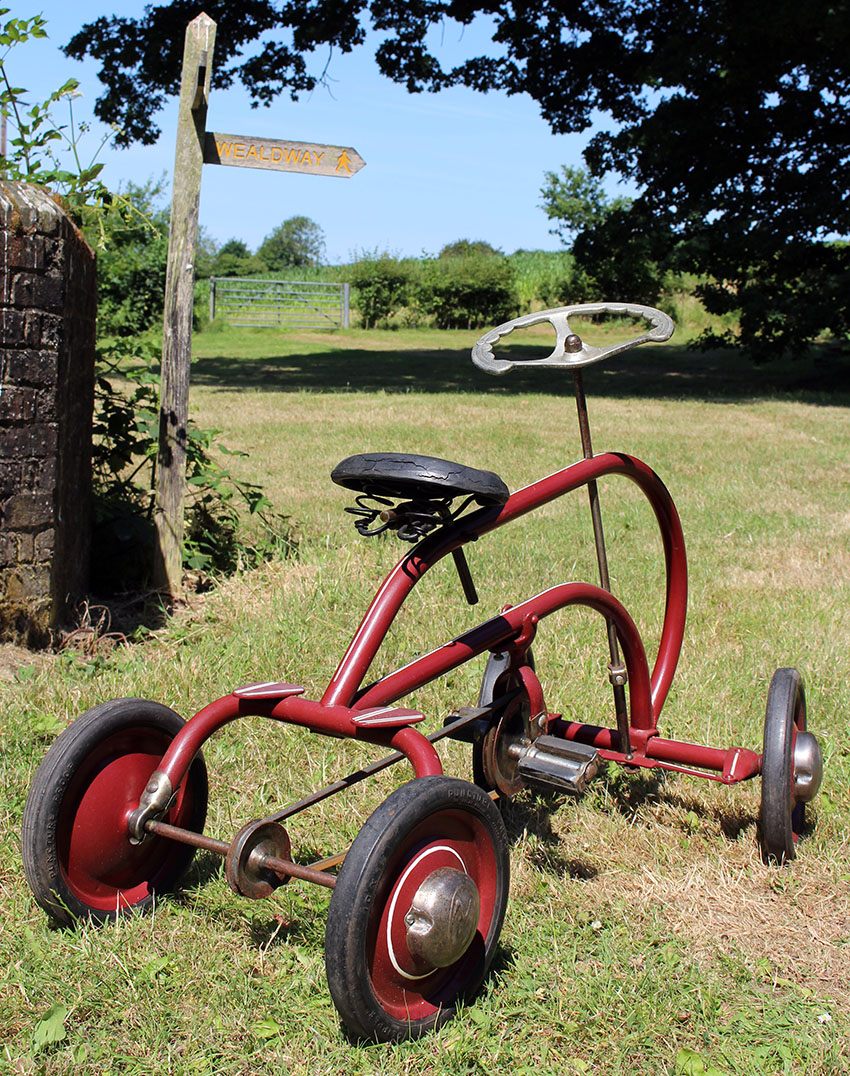 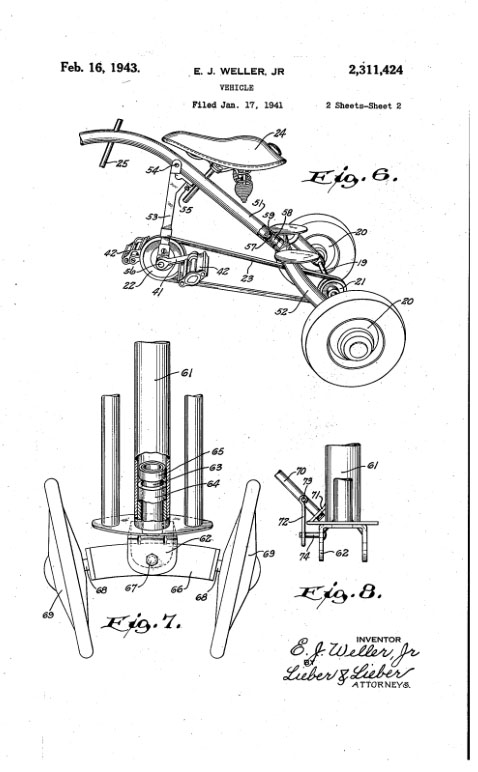 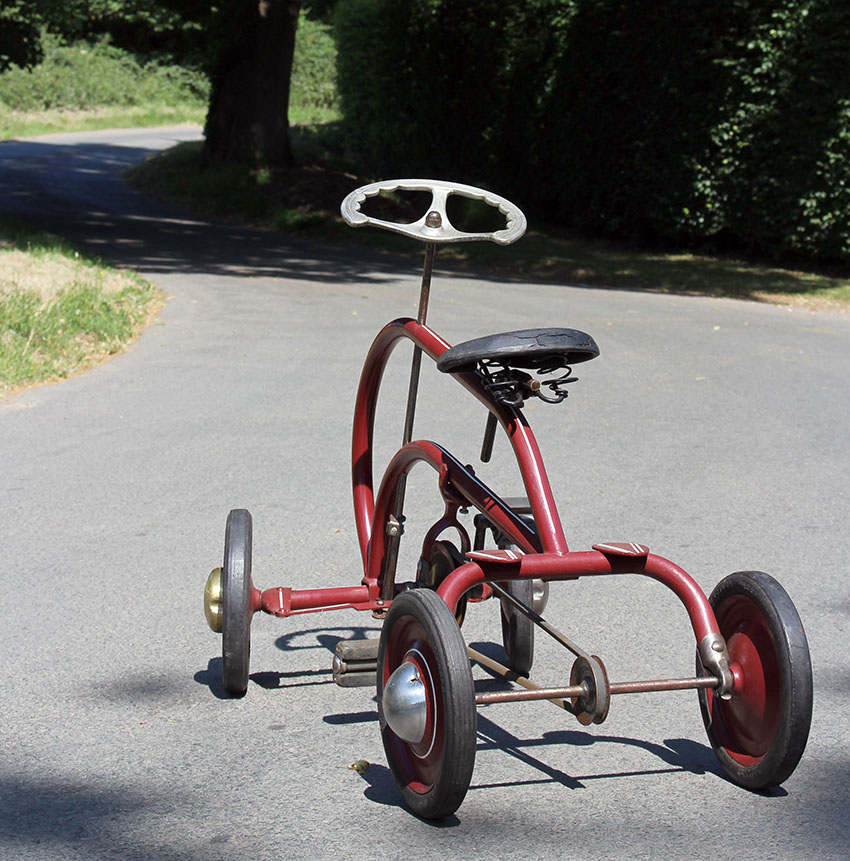