I worked on so many vintage bicycles each year to put them back on the road in authentic original condition that I needed a diversion. The problem when your hobby is also your business is that it can be hard to separate the two. So I decided to design an interesting custom bicycle for personal use and, as a result, the remains of a Silver King Model 26X became my 2013 winter project.

The 26X is the rarest of the Silver King Flocycles. After the initial Flocycles were launched in 1936, the company decided to develop the model further. While the first models had 24″ wheels, in 1939 they made the 26X, so called because it has 26″ wheels. It was an interim experimental model – interrupted by WW2 – which culminated in a completely different style of Silver King – the Hextube, also with 26″ wheels, introduced in 1946.

Hot rod and custom cars flourished in America before and after the war, so I decided to use them as my inspiration. I started with just the essential parts, the frame and sprocket. The fork was bent and broken, and the headstock was badly damaged. Throughout 2014, work progressed well, but then I found myself so busy with other projects that it got pushed to the back of the workshop …where it remained until April 2020!

Here you can see the damage to the headstock. I assumed that, being an aluminium frame, the head is more of a stress point than with a conventional frame. However, as the forks are also damaged, it’s more likely that this damage has been caused by a front-end shunt.

As the frame is aluminium, it’s not something we can weld in our workshops.

When I require specialised work on my bicycles, I go to my friend Julian. His company specialises in complex jobs, including aluminium welding. You can see part of his workshop below, where they are building aluminium bodies for exclusive cars, a Voisin and a Bugatti. By comparison, aluminium welding a Silver King headstock was not difficult.

Here’s the frame after repair. Once I knew it was repairable, I started to assemble parts. Below you can see the mudguards I found.

As I find more parts and start to build up the Flocycle, I’ll add photos and details to this page. 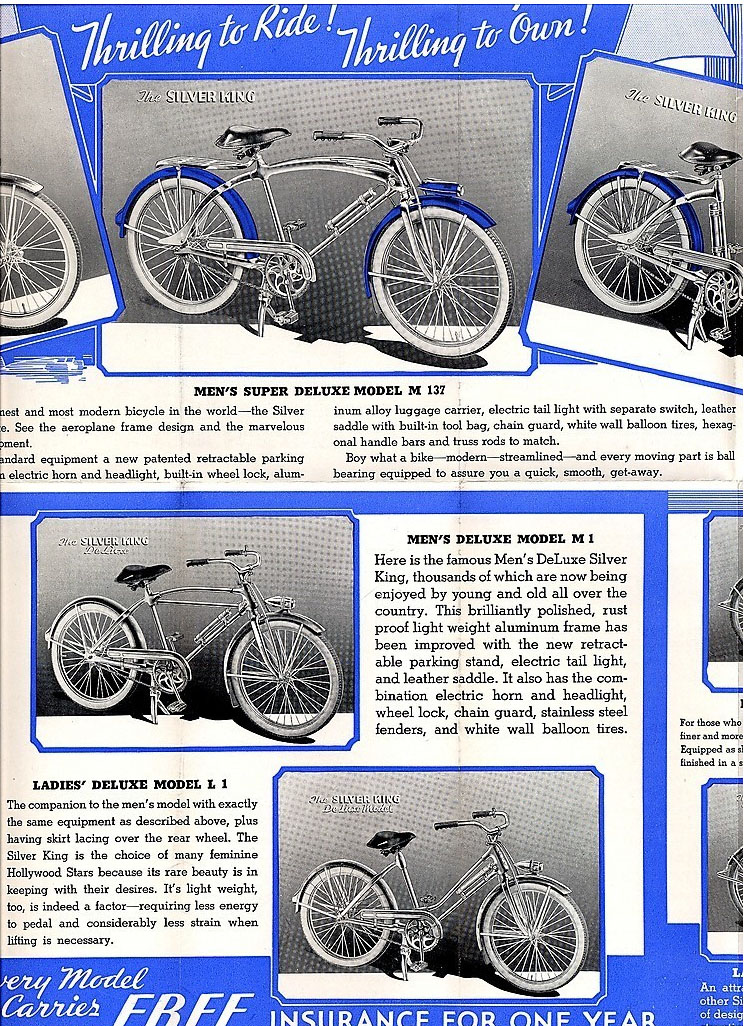 I threw together various parts to see how they’d look. I was short of a front wheel so I put on a ‘spring wheel’ that I was just about to fit to the 1905 Victoria used in WW1

It’s taken a lot longer than anticipated, as both Baz and I were sidetracked by other jobs. But it’s on its way…

After six years, it’s taken the 2020 pandemic for me to get round to pulling the 26X out from the back of the workshop and adding a saddle, grips and pedals so it’s presentable for some photos.

It needs a few more little jobs doing: the front mudguard needs a stay plus rubber grommets or bolts in the holes at the front; the chaincase needs moving up by an inch so the chain will not foul it when it’s fitted. Finally, the devil on the chaincase is to be painted red to match both the Silver King head badge and the cock-a-snook mascot on the front mudguard.

It incorporates some my favourite features:

These aren’t its final photos, just some quick shots of it in my yard. Hopefully this will inspire me to do the final jobs…

The Huffman Dial-Your-Ride bicycle sported a front fork that was bigger than any other bicycle on the road. In an era when bicycle designers were becoming increasingly adventurous with their front forks – a selling point that could make or break a bicycle – Huffman designers hit upon an ingenious reason for creating the largest fork.

You could turn the dial on the top of the fork to vary the front suspension, with a choice of four different settings. In other words, you could ‘dial your ride.’

Whether it made much difference to the quality of your ride was besides the point.

…The point was that every other kid would want to dial your ride.

Loosen spring and glide without vibration.