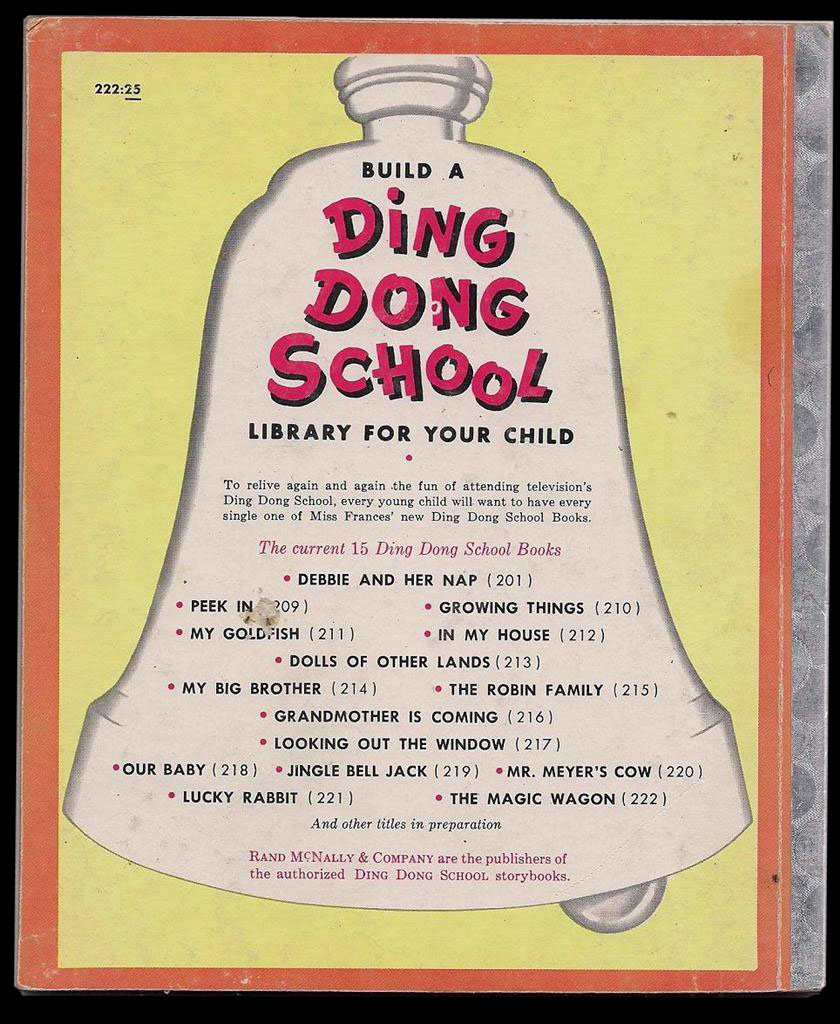 WHO IS MISS FRANCES? To millions of children from coast to coast Miss Frances is the famous and beloved teacher of television’s most outstanding children’s program, Ding Dong School. She is actually Dr Frances R Horwich, one of the country’s foremost educators, who has captivated both children and parents.

”Ding Dong School” began on a Chicago station, WNBQ, in 1952. It was so popular that after six weeks, NBC picked up the program, and soon it was seen in at least 36 cities, with viewership reaching three million. The program was broadcast live at 10 a.m. on weekdays for four years, going to WNET in New York in 1959.

”Ding Dong School,” directed and produced by Reinald Werrenrath Jr., was one of a series of high-quality, innovative broadcasts by WNBQ that became its own of golden age of television, said Jeff Kisseloff, a television historian.

Frances R. Horwich, the amiable educator who engaged millions of preschoolers as the host of the pioneering children’s program, rang an old-fashioned school bell to start the show. She would look into the camera, warmly wish a good morning and ask, ”How are you today?” She paused so that toddlers at home, watching a somewhat matronly figure in swept-back hair and wearing a wool jacket, could answer. And they often did, thanks to her kindly, conversational style.

Unlike many of the children’s show hosts of the period, Ms. Horwich ”actually taught kids things,” Mr. Kisseloff said. And rather than the ”high-tech, dazzly stuff” of today, ”it was her sitting in front of a piano or a drawing table,” he said.

”The intent was to educate the kids plainly and straightforwardly,” he said. ”The fact was that it worked. You didn’t need all the bells and whistles to keep kids watching.”

Its daily competitors at the time were ”Captain Kangaroo” on CBS and ”Mickey Mouse Theater” on ABC. A few years later, the successors to ”Ding Dong School” appeared: ”Sesame Street” and ”Mr. Rogers’ Neighborhood.”

In her era, a far simpler time when there was no Cartoon Network or hip, irony-tinged children’s programs, Ms. Horwich won acclaim. She received a George Foster Peabody award in 1953.

”She imbues in the youngsters a sense of friendliness, confidence and faith that is truly magical television,” The New York Times television critic, Jack Gould, wrote that year. ”She is a teacher, yes, but she is also a very genuine friend of the tots who sit entranced before the receivers.”

When she began promoting the products of sponsors, however, Mr. Gould called the step ”heartbreaking.”

”The program is too important in too many homes to be allowed to go astray through regrettable short-sightedness,” he wrote.

In interviews, Ms. Horwich seemed better at saying what children’s programming should not be.

”I don’t think a television program should make a child’s life complicated,” she said in a 1955 interview. ”It should not get him into trouble with his parents. Sometimes very innocently a television program teaches a child a trick that is not socially acceptable and, therefore, gets him into trouble. It is not socially acceptable to throw a pie at someone or to fill someone’s hat with water,” she added, perhaps a not-so-subtle jab at Bozo the Clown.

She also deplored the violence of Westerns and crime programs, though added that normal children could handle it.

What television should do is appeal to their interests, open ”new doors and windows” of enlightenment and help children learn to be resourceful, Ms. Horwich said.

Frances Rappaport was born in Ottawa, Ohio, on July 16, 1908, and received a bachelor’s degree from the University of Chicago in 1929. She earned her doctorate in education from Northwestern University in 1942.

In 1931, she married Harvey L. Horwich, who was later a technical consultant to the United States Air Force. Mr. Horwich died in the early 1970’s. The couple had no children.

For more than two decades before first ringing the ”Ding Dong” bell, Ms. Horwich worked in education. She taught first grade, supervised nursery schools in Chicago, was a principal, and held professorships in education at the University of North Carolina and Roosevelt College in Chicago.

But her biggest class was filled with the millions of children in America’s living rooms born just a few years after World War II.

”Our little school gives them a sense of belonging,” she said.

After a few years, Ding Dong School became so popular that NBC began licensing products such as books (from 1953) and toys. 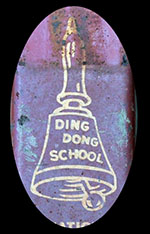 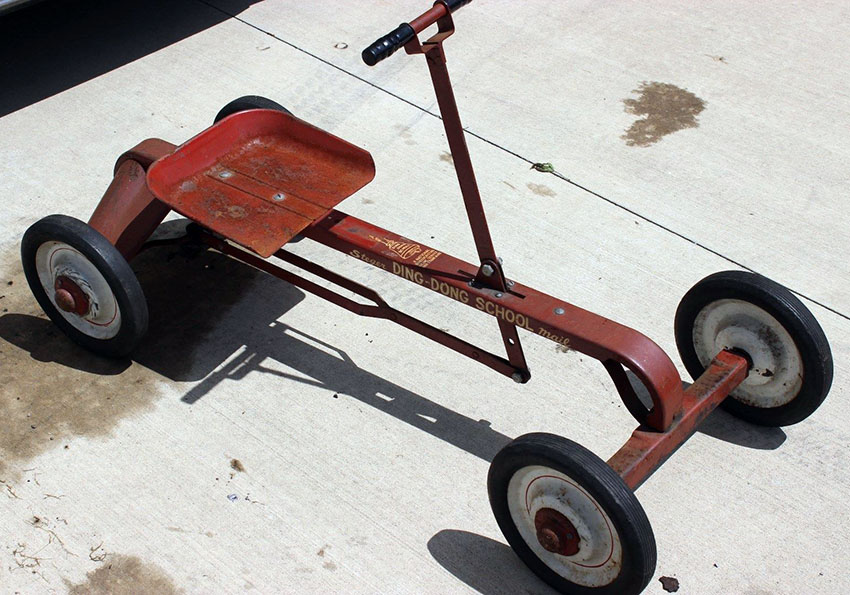 I bought this very rare ‘Irish Mail’ pedal car from an antique dealer in America who drives around in an old Packard with ‘Antique Toy Buyer Collector’ emblazoned on its doors.

This Steger Ding Dong School Mail is in wonderfully preserved original condition …and absolutely ready to ride to school.

To go with it, there’s a Ding Dong travel case, which is ideal for carrying your doll on the way to school, as well as three Ding Dong School books with a vehicular theme, ‘The Magic Wagon,’ ‘My Daddy is a Policeman,’ and ‘The Big Coal Truck.’ 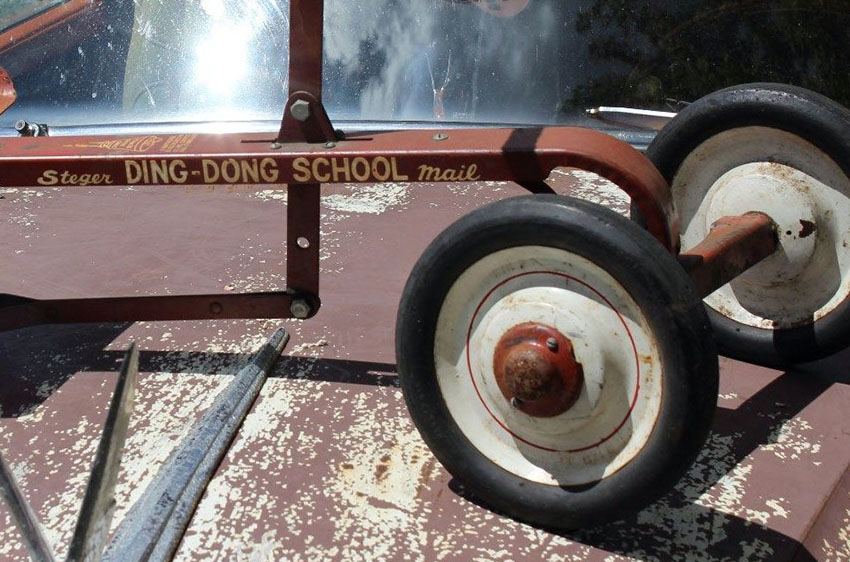 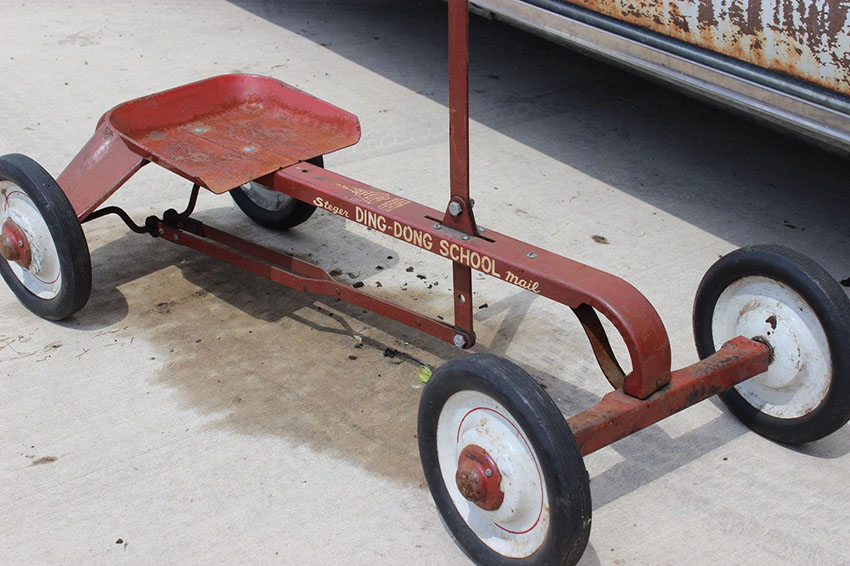 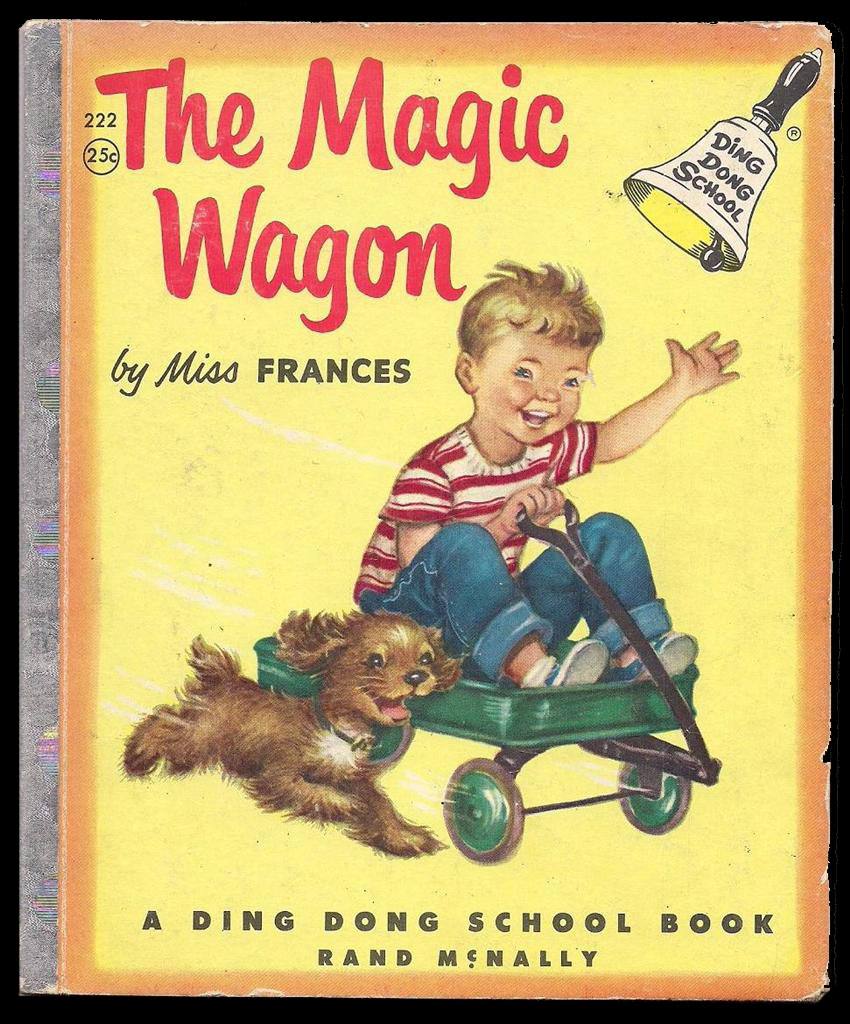 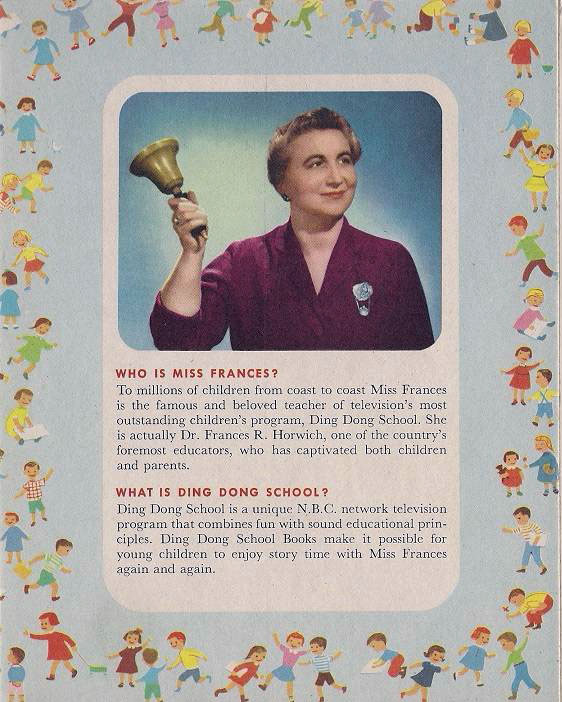 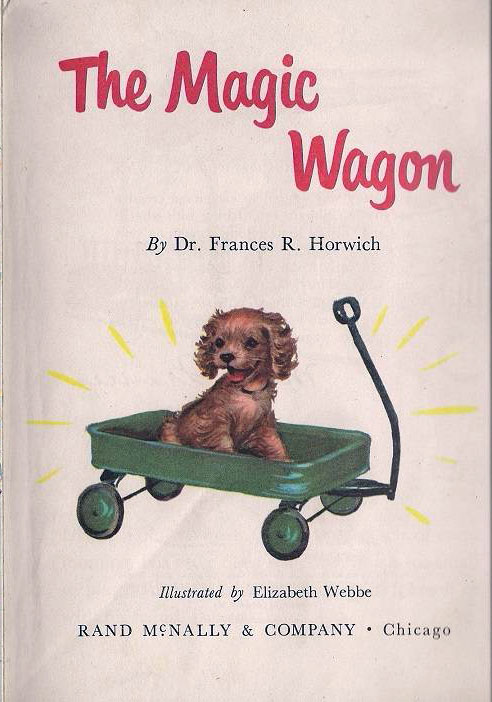 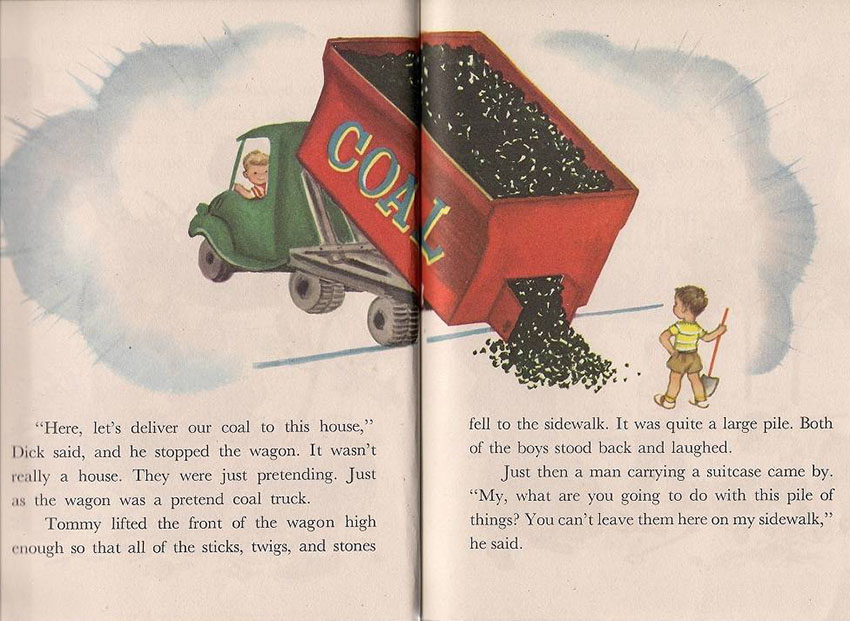 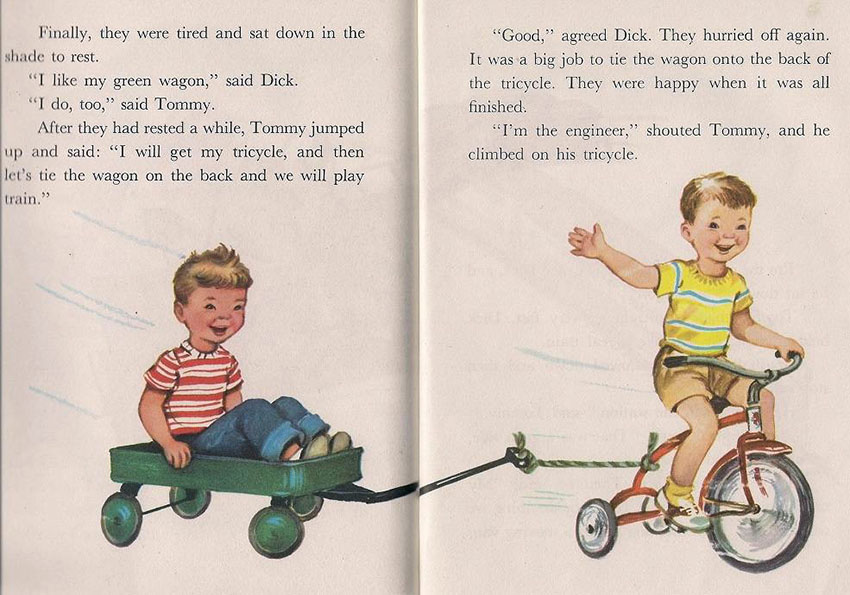 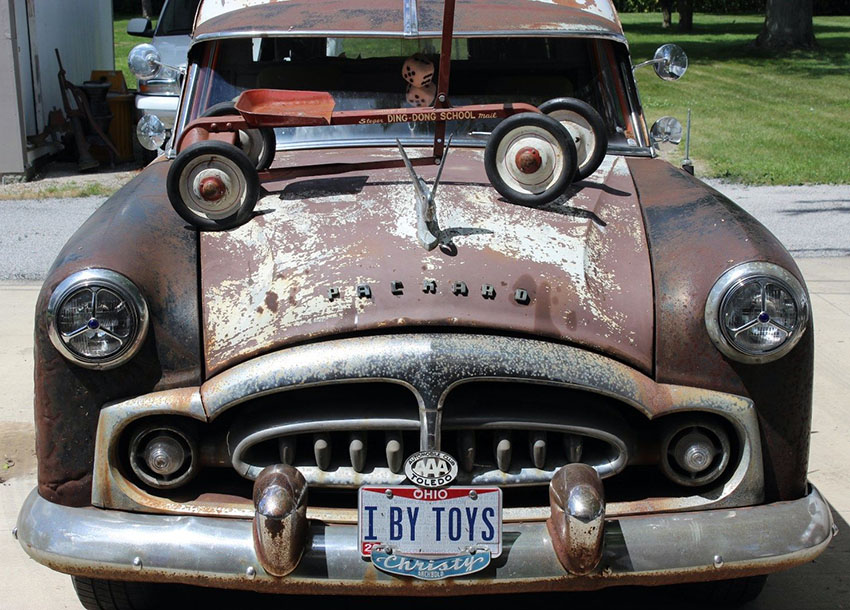 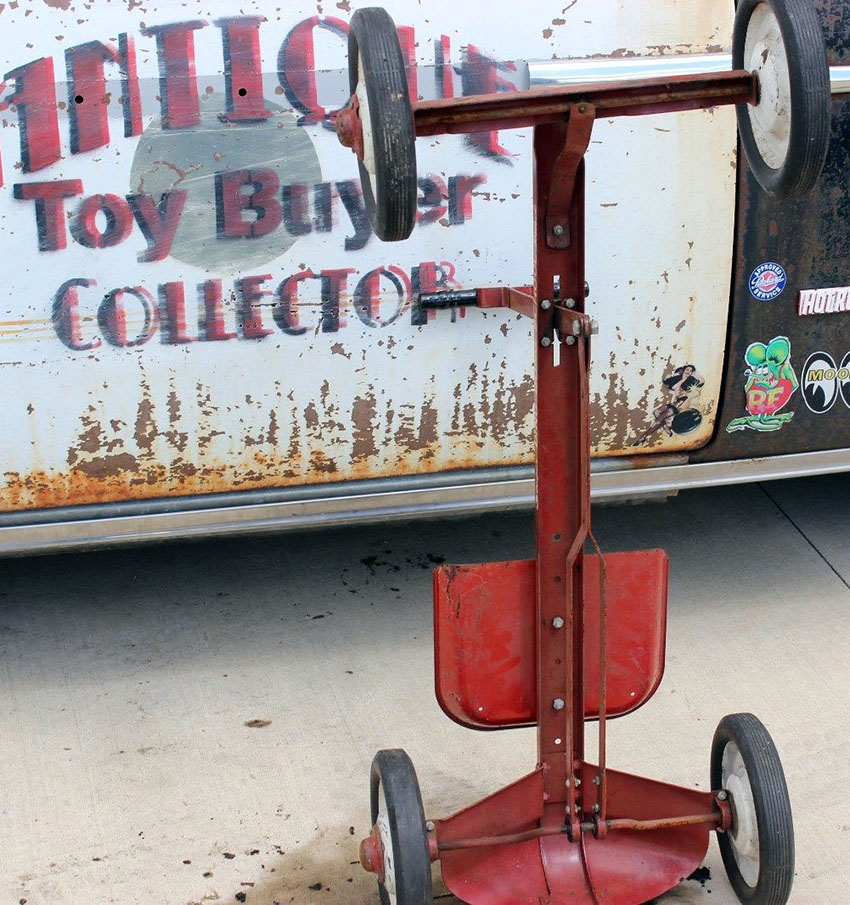 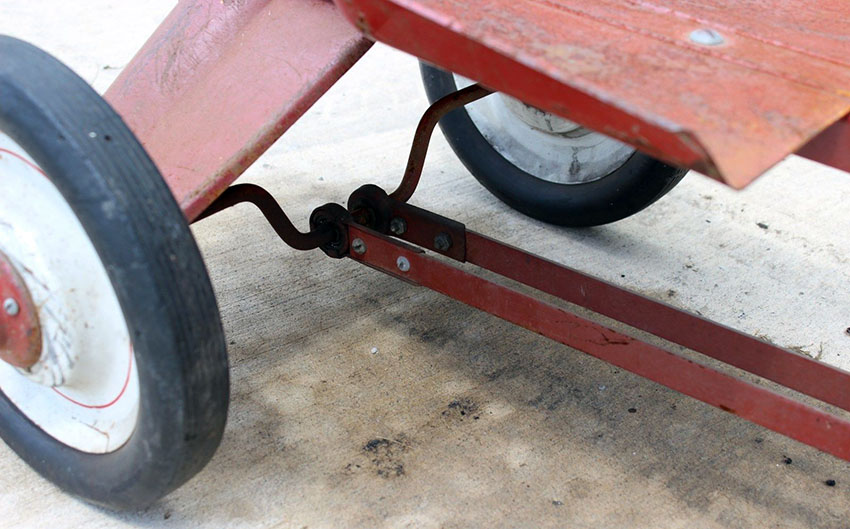 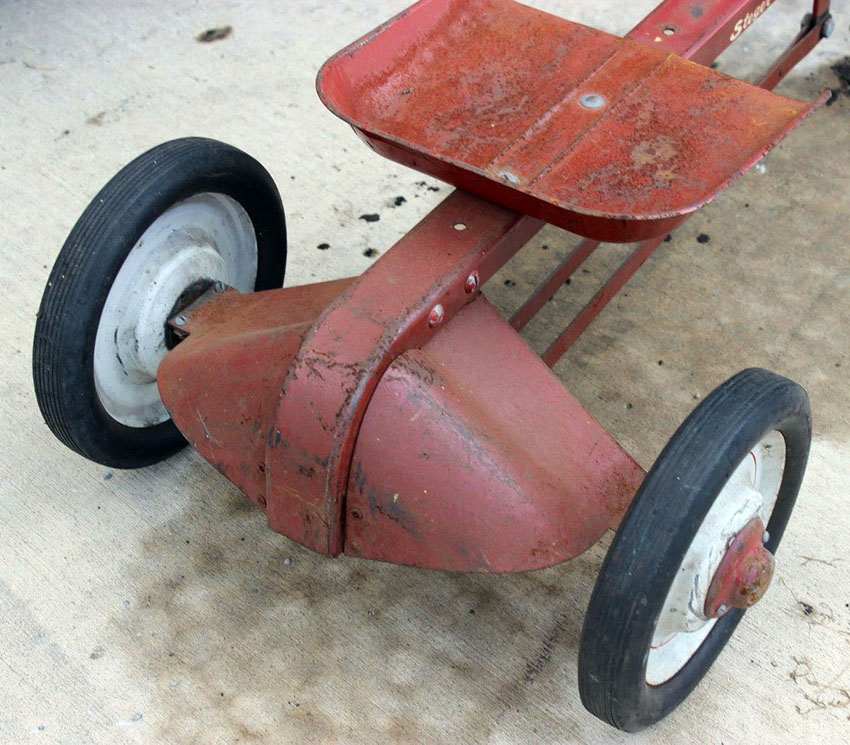 MY DADDY IS A POLICEMAN & THE BIG COAL TRUCK 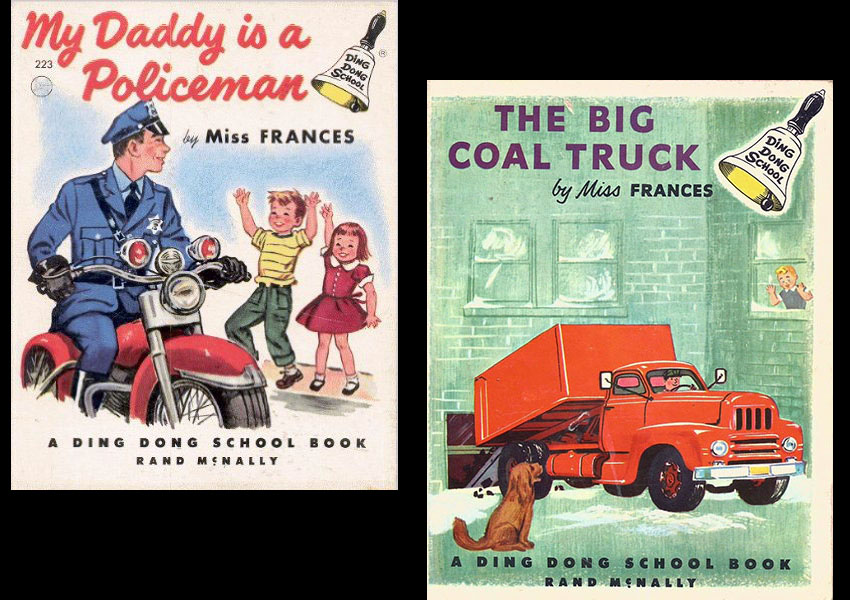 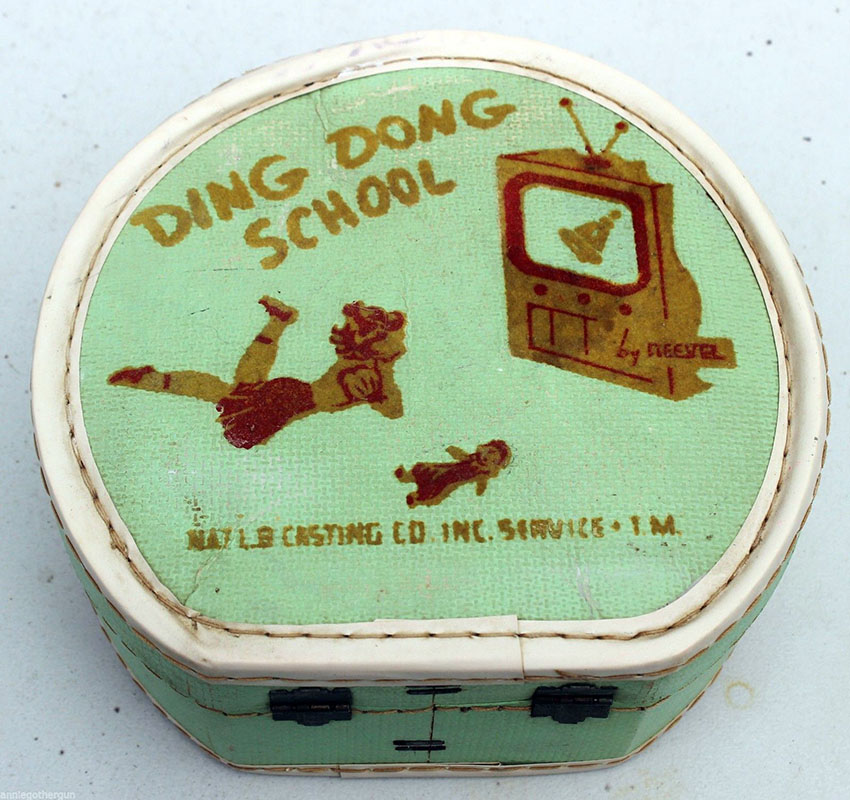 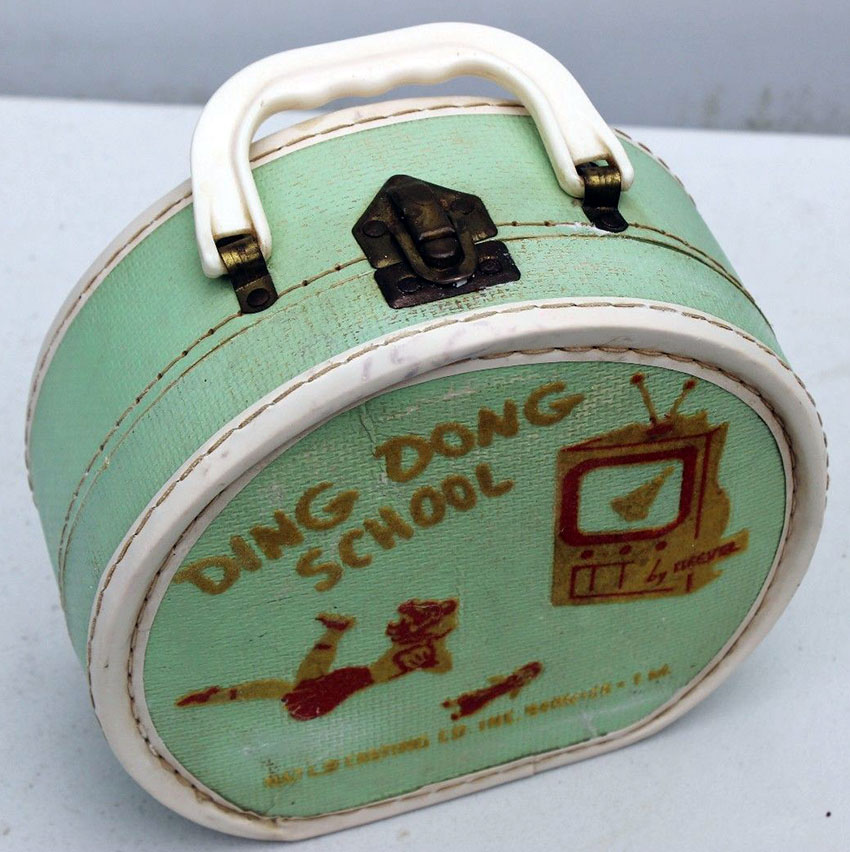 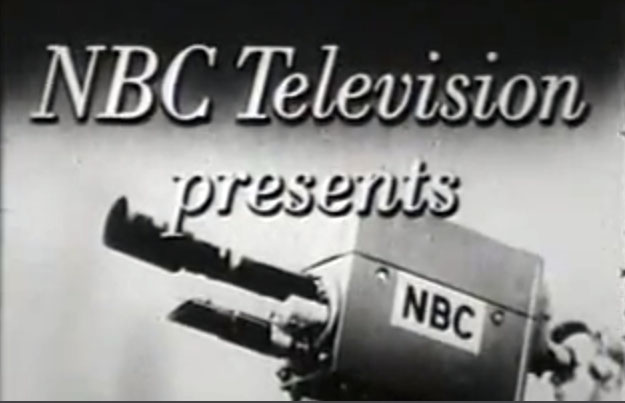 TO SEE MISS FRANCES ON TV